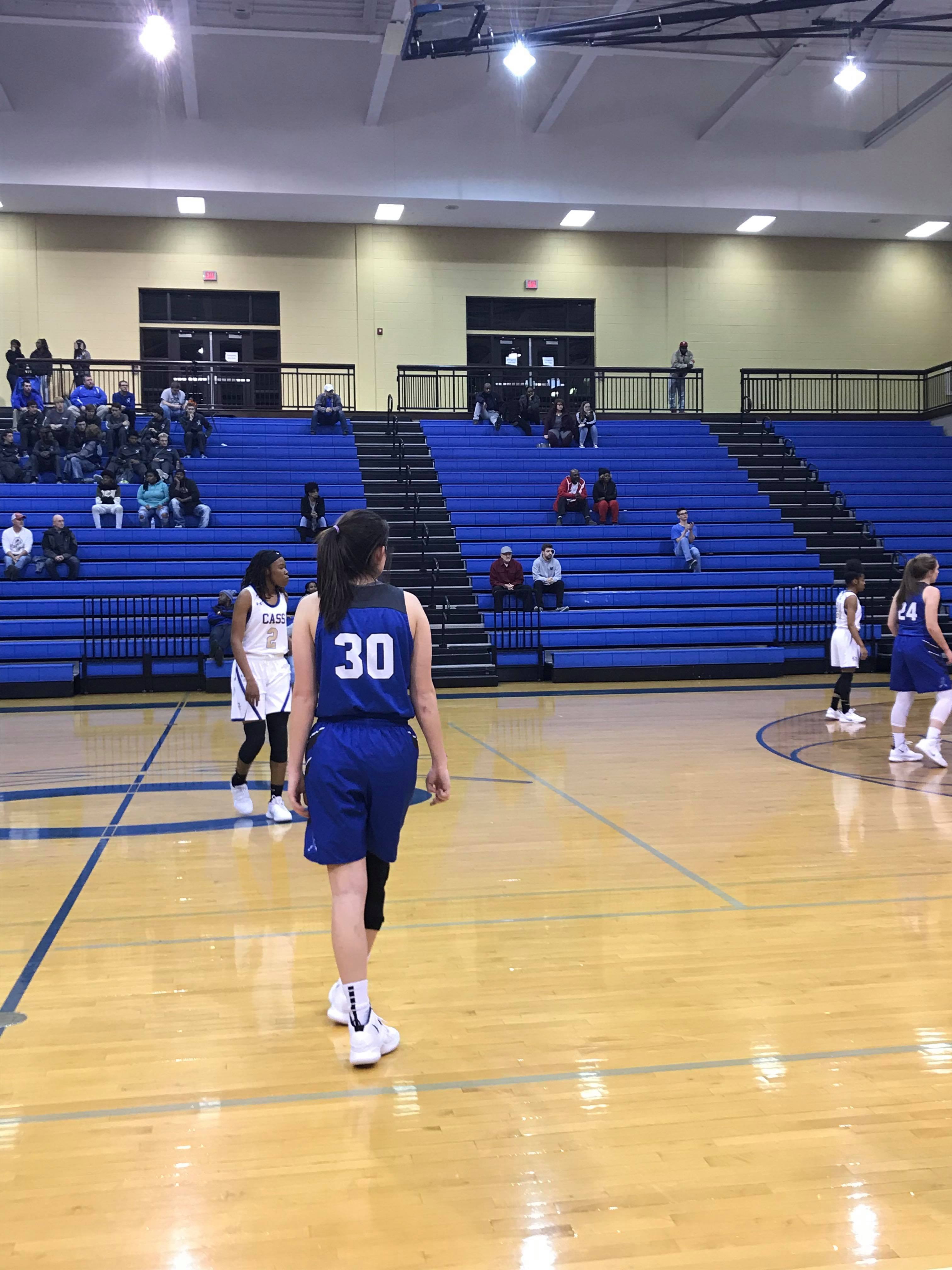 On the last Tuesday of November, the Lady Rebels traveled to Cartersville to take on the Lady Colonels at Cass High School. Fannin had just come from a 54-37 victory over Hiwassee Dam and looked to continue the trend.

The Lady Rebels started off with the ball on offense where they had to break through the heavy defensive pressure that the Lady Colonels provided. Lady Rebel, Maleah Stepp, was on fire  above the key with three point shots where she led her team in scoring with fifteen points for the night. Stepp and Olivia Sisson were a dynamic duo on the court. As Cass pressed Fannin, Stepp kept driving through the defense then passed to Sisson who was wide open on the block and scored seven points overall. The Lady Rebels put up a great defense where they took charges and had steals. The teams closed out an intense first quarter with a tied score of 15-15.

At the start of the second quarter, Cass drove the lane to get an early 17-15 lead over Fannin. As the Rebels got scrappy on defense, they began to foul. The Colonels extended their lead with made foul shots. Lady Rebel, Sadie Collins, was 100% on her free throws for the night where out of her overall four points, she was 2 for 2 for her foul shots. Reagan Henderson had a great night on the block where she contributed nine points to Fannin’s score. After a made basket on the block, Cass closed out the second quarter with a three point lead of 29-26.

Morgan Holt and Abby Ledford worked well together on offense to score the Rebels some points. As Holt took the ball to the opposite side where the defense followed, she passed to Ledford who was wide open and drove the lane for a basket. Holt was the second highest scorer for Fannin with the twelve points she earned by driving the ball inside, then pulling it back for outside shots. As Cass extended their lead, they stopped pressing the Rebels. Fannin started to let their score get farther from the Colonels as they were ahead 44-37 to end the third quarter.

With Cass’ lead becoming greater and greater, the Rebel’s intensity started to fade. Cass started to make three point shots and add on to their score while Fannin attempted to make a comeback. As the clock started to wind down, the Colonels held the ball until the buzzer ended the game with Cass ahead of the Rebels 62-49.