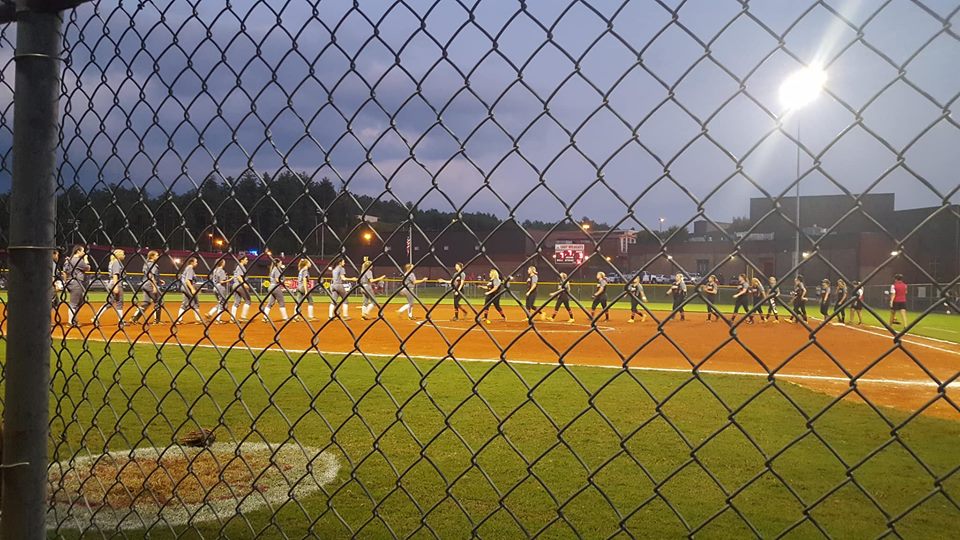 On 9/20 the Lady Rebels softball team traveled to Rabun County to take on the the Lady Wildcats for their senior night. Fannin had just come from a win over Chestatee the game before and looked to continue their streak. Rabun looked to redeem themselves from their first game against Fannin where they lost 9-0.

Fannin started off hot on offense where they put four runs on the board before Rabun could get their three outs. Alicia Jones and Riley Davis led Fannin in hits for the night with two a piece. Kayleigh Russell added to Fannin’s score with two RBI’s, followed by Alicia Jones with one. Fannin continued to add on to their score as they held Rabun on offense until the fourth inning where they reversed roles.

After Fannin kept adding onto their score and holding Rabun at zero for three innings, the Lady Wildcats started to score as they held Fannin. The last few innings they did score, Fannin only allowed Rabun to score one run in each.

Maleah Stepp had a great night on defense for the Lady Rebels with multiple diving catches in center field. Amelia Sneed had four strikeouts over seven innings on the mound for Fannin. While Rabun made six errors on defense, Fannin only made three.

Both teams had eight hits for the night, but Fannin was able to put more runs on the board. At the end of the seventh inning, Fannin found themselves with a 7-3 victory over the Lady Wildcats. The Lady rebels win put their overall record at 10-11 while their region record remained the same at 3-6.