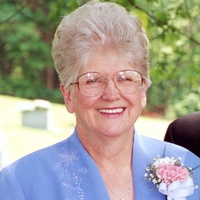 Mrs. Lola Mae Pelfrey, age 78, of Epworth, passed away on Monday, October 8, 2018 at her home. She was born on May 10, 1940 in Epworth, to the late Floyd and Myrtle Mae Davis Millsaps. She retired from Levi Strauss, Inc. where she worked as a Sewing Machine Operator. She attended Hipps Chapel Church.

Funeral services were conducted on Thursday, October 11, 2018 at 2:00 p.m. from the Akins Funeral Home Chapel with Rev. Delmar Davenport officiating. Music was provided by Carol Thomas. Interment followed in the Crestlawn Cemetery. Pallbearers were Luke Pelfrey, Terry Dillard, Terry Pelfrey, Chase Queen, Steve Hayes, Mike Pelfrey, and Edd Stepp. Condolences may be sent to the family online at www.akinsfuneralhome.com. Akins Funeral Home of Blue Ridge was in charge of the arrangements.