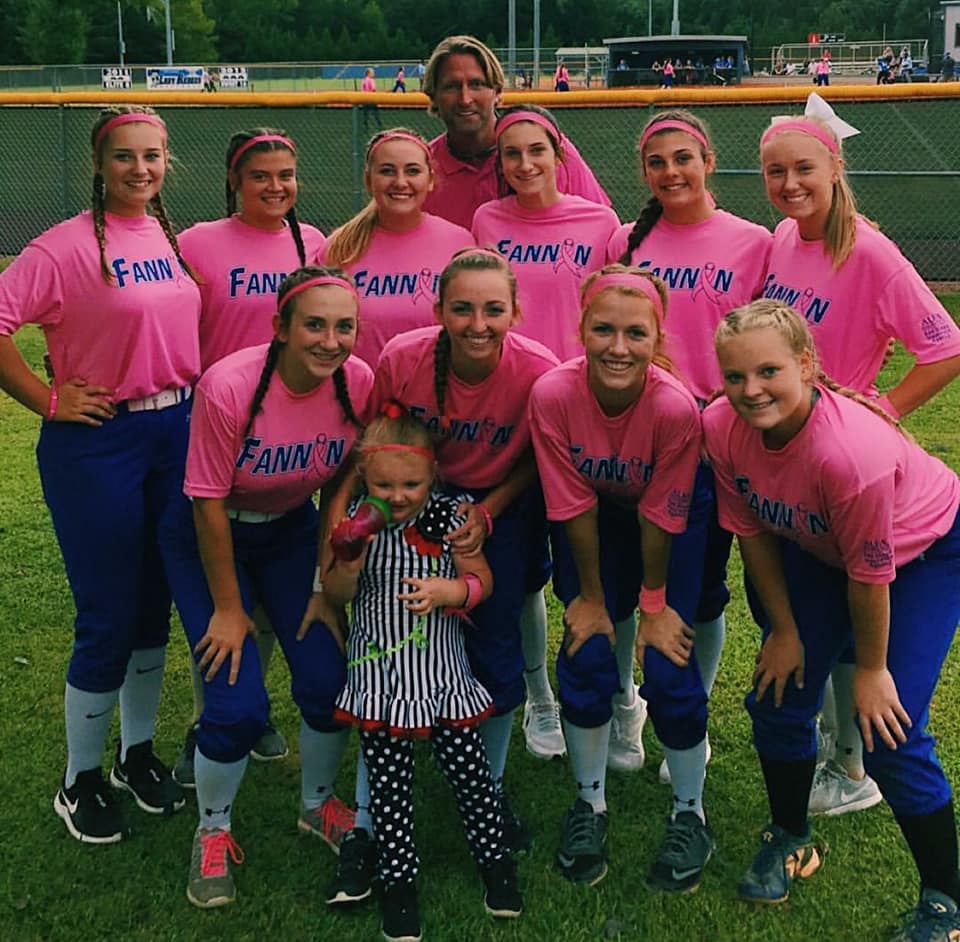 On 9/17, the Lady Indians softball team traveled from Towns County to take on the Lady Rebels for their pink out game. The Rebels looked to continue their winning streak that they started over the weekend with two wins in one day. The Indians came ready to redeem themselves from the first time they played Fannin and lost 13-7.

Towns County came out ready to play as they got an early lead in the first inning where they put one run on the board and kept Fannin from scoring any runs. The Indians managed to keep their lead until the bottom of the third inning where the Rebels tied it up.

Fannin was able to hold Towns in the top of the fourth which gave them the perfect opportunity to come alive on offense. The Lady Rebels adjusted to the pitching and started making things happen. Kayleigh Russell and Cassidy Nichols started to heat things up by each getting two RBI’s. Macy Galloway had a good eye at the plate where she got walked three times, followed by Emily Waldrep who got walked twice. Fannin had a great offensive inning where they put seven runs on the board, giving them an 8-1 lead over Towns.

Despite both teams having six hits throughout the game, it came down to defensive errors. While Towns had four errors, Fannin only had one. Amelia Sneed had four strikeouts from the mound throughout the night where fifteen of her first pitches to a new batter were strikes. Fannin continued to hold Towns on defense while they scored another run on offense. The Lady Rebels closed out the game early with a 9-1 victory over five innings.

Fannin’s win put their overall record at 8-10 while their region record remained the same at 3-5.