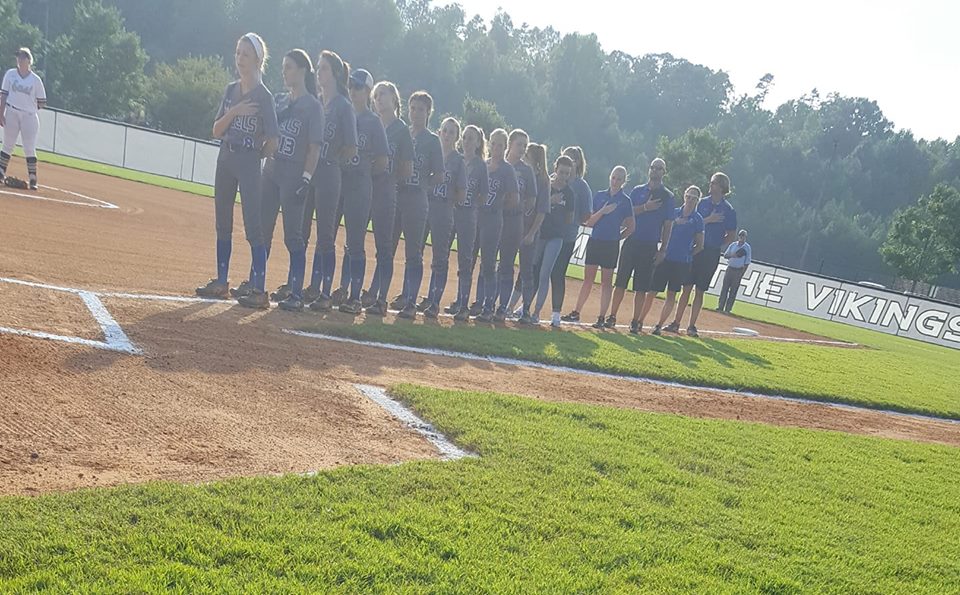 On 9/11, the East Hall Lady Vikings softball team traveled to Fannin County to take on the Lady Rebels. Fannin had just come from a big win at GAC the week prior and was looking to add another region win. East Hall was determined to keep their undefeated streak in region games and hold on tight to their first place rank.

The game started off pretty even with both teams fighting for the lead until East Hall ran away with it in the last two innings. However in the first inning, Fannin allowed East Hall to score only one run. The Lady Rebels played solid defense and were able to score one run on offense.

Just when Fannin saw a glimpse of hope to catching up to East Hall’s one point lead, the Vikings started to bring their A game. It was a chain reaction throughout their batting lineup where they racked up six runs. They continued the trend in the fifth inning by hitting the ball in all of the right places and adding five more runs to their score. Fannin started to answer the Vikings call  in the top of the fifth inning where they added three of their own runs to the board. The Lady Vikings walked away with a 13-4 victory over the Lady Rebels, leaving them at number one in the region.

Despite Fannin’s efforts to make a comeback, it proved to be too late in the game, resulting in the run rule. East Hall’s offense and defense seemed to be superior for the night where they only had three errors on defense and eleven hits on offense. Fannin however had six errors on the field and four hits for the night. Senior, Amelia Sneed, pitched for 3.1 innings where she struck out one batter. Junior, Kaelyn Hensley, closed out the game from the mound where six of her first pitches to a new batter were strikes. Fannin’s loss put their overall record at 5-9 and their region record at 3-4.