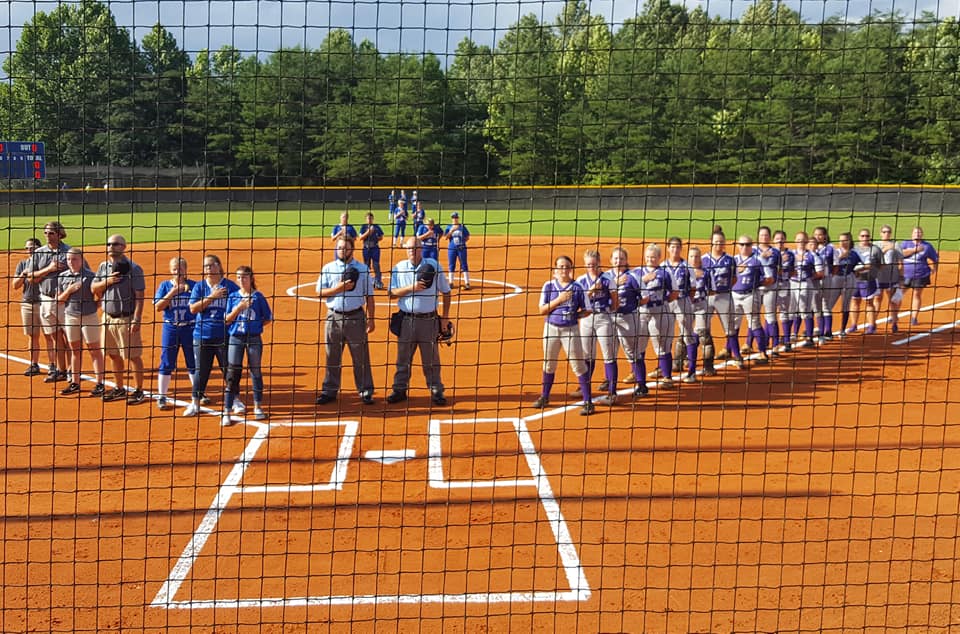 Last Tuesday a new Hall County school, Cherokee Bluff, traveled to Fannin County to take on the Lady Rebels softball team at home. Just the day before, the Rebels took a hard loss from East Hall and were looking to redeem themselves. Cherokee Bluff is a new school in Flowery Branch who has claimed their colors as purple and white and their mascot as the Bears.

Fannin held the Bears on defense and then got their early lead on offense. In the bottom of the first inning, the Lady Rebels put their first two runs on the board. The Bears quickly answered Fannin’s call and added two of their own runs to the board just to have Fannin add three their next at bat.

Maleah Stepp and Kayleigh Russell led Fannin in hits for the night with three a piece. Emily Waldrep and Kyla Seabolt both got on base from walks and added to Fannin’s score. Macy Galloway had two RBIs for the night and continued the trend.

The action slowed down in the fourth and fifth innings where each team held the other on defense and kept them from scoring any runs. Fannin had a great defensive game where senior pitcher, Amelia Sneed, struck out three batters and allowed eight hits over seven innings. The Rebels allowed only one defensive error the whole game while Cherokee Bluff allowed five.

Fannin finished the game with a 7-3 victory over Cherokee Bluff. The Rebels win put their overall record at 4-4 and their region record at 2-1.