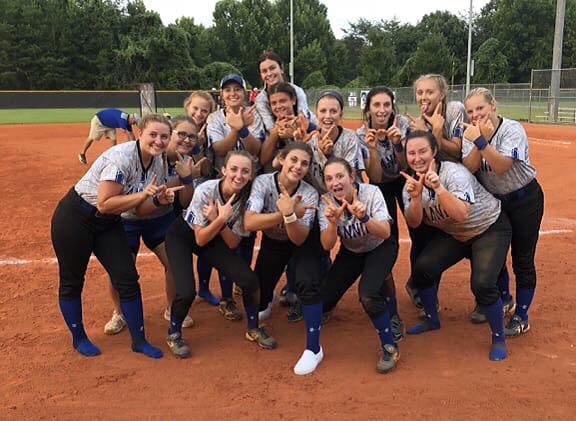 Last Thursday, the Lady Rebels softball team took on the Greater Atlanta Spartans at home for their first region game of the season. Fannin hoped to continue their winning streak from the game prior to the matchup where they beat Rabun County 9-0.

The Lady Rebels started off on defense where they had a quick three outs and kept the Lady Spartans from scoring any runs. Fannin then went up to bat with determination and got an early lead over the Spartans. Rebel senior, Macy Galloway, led Fanin in hits for the night with two big ones. Another Rebel senior, Maleah Stepp, had two RBI’s throughout the game, leading Fannin in that area for the night. In the bottom of the first inning, the Rebels put two runs on the board while they continued the trend in the second inning by adding three more to their score.

GAC started to fight back in the fourth inning when they finally put a run on the board and started to hold Fannin on defense. This caused the Rebels to start making errors in the field, allowing the Lady Spartans to add more runs to the board. Senior, Amelia Sneed, pitched all seven innings for the Lady Rebels where she struck out two batters. Out of Sneed’s many pitches throughout the night, she had eighteen instances where the first pitch she threw to a new batter was a strike.

When the bottom of the seventh inning rolled around, Fannin was ahead of GAC 6-3. When it comes down to it, the Lady Rebels won the game by the way they moved each other on the bases and their smart base running. Fannin and GAC both had six hits for the night while the Lady Spartans only had three errors of defense and the Rebels had five.