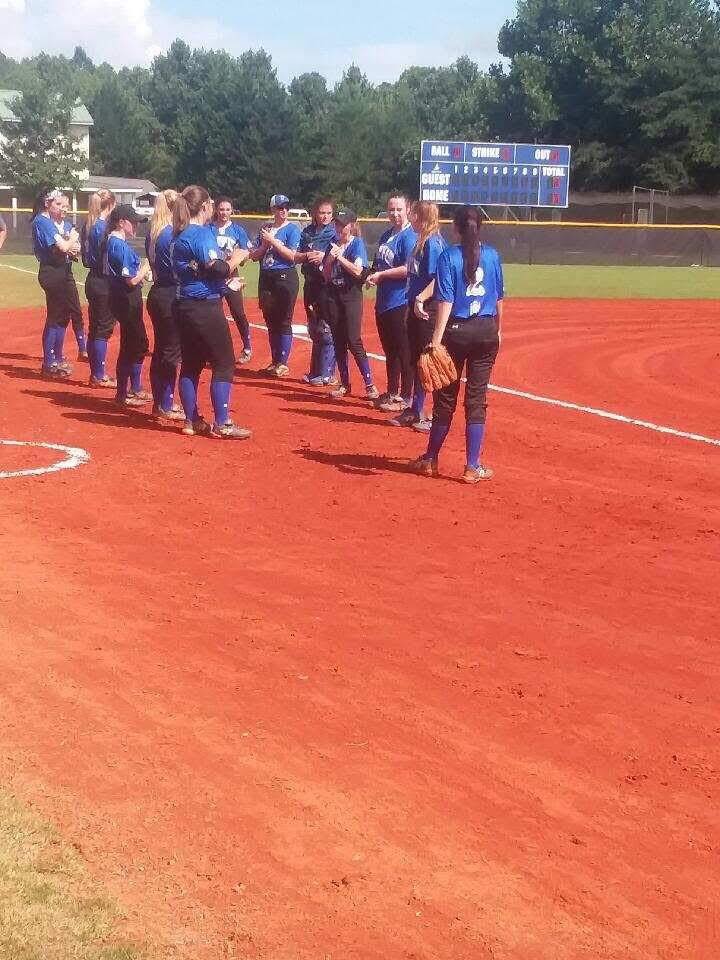 Over the weekend, the Lady Rebels officially kicked off their softball season with a double header. The team competed against Gordon Central and Pace Academy where they showed great promise, however could not walk away with a win.

The Lady Rebels took the field first to take on Gordon Central to start off the day. The Rebels started off hot on defense with a double play. With a runner on first, Amelia Sneed threw her third strike from the mound as the girl on first base was stealing second and Eryn Mealer threw her out from behind the plate to get the second out. Sneed had a great game from the circle where she pitched all seven innings and struck out four batters. Each team was holding the other on defense until the sixth inning when Gordon Central put their first run on the board. The Rebels had a great game defensively from the start, however it took Fannin until about the sixth inning to get the bats hot. First baseman for the Lady Rebels, Kayleigh Russell, started things off for Fannin at the bottom of the sixth when she hit the ball deep center field and advanced to second base. Unfortunately, the third out was called before Russell could make it home, leaving Gordon in the lead. Fannin allowed one more run on defense and rallied when it came their turn to hit. Mealer was the lead off batter in the bottom of the seventh inning to get things going for Fannin. The Lady Rebel hit a bomb to left field, advancing to third base. Lady Rebel Senior, Alicia Jones, approached the plate next and hit Mealer home to put their first run on the board. The sudden burst of hitting created a chain reaction which led to Fannin loading the bases. With two outs, Gordon Central threw the perfect pitch that was hit in just the right place to be caught and get their third out. Despite Fannin out-hitting Gordon seven to four, the Warriors walked out on top with a score of 2-1.

After Fannin had a break and Gordon took on Pace Academy, it was the Rebels turn to play Pace. In the game before, Pace Academy had won 7-3 against Gordon Central with their dominant hitting.

Fannin was off to a slow start while Pace was just getting warmed up after their victory over Gordon Central. Pace wasted no time getting runs on the board when they scored two in the first inning from Fannin’s defensive errors. Amelia Sneed started off on the mound and pitched for one inning before junior, Kaelyn Hensley, came in and pitched the rest. Even when the Rebels were down by five runs in the second inning, they fought and made their comeback in the sixth. Senior, Maleah Stepp, led the Rebels in hits at the plate where she went 3-for-4. With the Rebels being only two runs behind Pace, they hit the field with the resilience they had been missing the whole game. The Rebels were able to hold Pace on defense and tried their best to make a comeback with their last at bat. Fannin put one more run on the board and was ready to score the tying run when Pace got their third out. Although the Lady Rebels had an amazing comeback and outhit Pace 13 to 9, they let one run get in their way of victory.