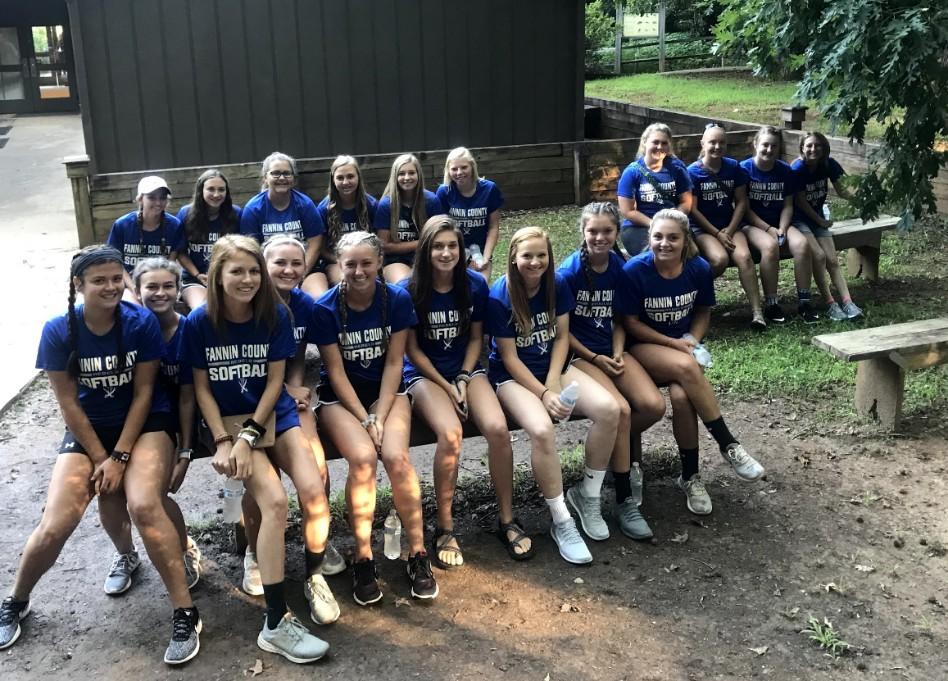 As school is approaching, so is the Lady Rebels softball season. As many of Fannin’s sports teams are having to do, the softball team spent the summer adjusting to the coaching staff changes that were thrown their way.

Alan Collis was a previous assistant coach for the Lady Rebels three years ago, but has returned this season as the head coach of the softball team. When asking coach Collis about his thoughts on the upcoming season, he said, “We are so excited for this season. We are excited to take off and get started to see how much we improve each week. Our girls are working hard each practice to help the team improve. We want to be in the playoffs. We want to be one of the final four teams and I believe we can do that if we improve each week. In order to achieve this, we cannot take any steps back. We have to keep striving everyday to raise the bar and to get better than the day before. If we do that, we are going to be sitting exactly where this coaching staff wants to be as one of the top four teams in the end to make it to the state playoffs.”

The Lady Rebels practiced through the hot months of June and July so that the team can reach this goal at the end of the season. The coaches not only taught the players the fundamentals of the game, but also the importance of becoming and playing like a team. When they weren’t on the field practicing, the Rebels really focused on team bonding. Whether it was putting on team devotionals or hiking Amicalola Falls to receive their uniforms, the Rebels spent as much time as they could growing closer together.

Travis Stone has been a coach at Fannin County High School for years now. Just like the players, Stone has also had to adjust to the coaching changes that have come his way. The past few years, Stone has been an assistant coach for baseball. This year however, he has been changed to the head coach for baseball, and an assistant coach for softball. “I’m looking forward to watching the girls improve and work hard each day. We have to get one percent better everyday. If we get one percent better each day, we will be right where we need to be to reach our goal. Infield and outfield have been improving over the summer. We are working hard on making better throws, transferring the ball well, getting an idea of where we go with the ball, pitching, and backing up the pitcher. If we can continue to get better at these small aspects each day, we will be a great team,” coach Stone shared with the FYN sports team.

The Lady Rebels officially kick off their season on Saturday, August 4. They will play a double header at home where they will take on Gordon Central at 11am and Pace Academy at 3pm. Come out and support your Lady Rebels!