BLUE RIDGE, Ga. – At the Feb. 19 Fannin County Republican Party meeting, Post 2 Commissioner Larry Joe Sosebee confirmed that he will be running for re-election in the upcoming May primaries.

Sosebee, who has held the Post 2 Commission seat since 2011, will be seeking a third term in office. At the Republican Party meeting, Sosebee addressed the attendees in hopes to garner their continued support. 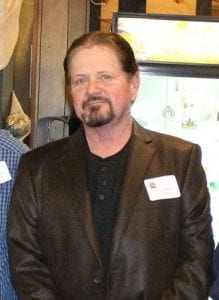 Post 2 Commissioner Larry Joe Sosebee will run for re-election in 2018.

“The platform that I ran on when I was first elected is the same as it is today, the safety and well-being of Fannin County,” Sosebee began. “For every citizen of Fannin County, safety is the first and foremost in my platform.”

Sosebee spoke of his record of supporting public safety while in office and specifically noted the recent decision of the board to supply the county with three new fire engines and two new ambulances.

The reason for this new equipment, Sosebee pointed out, was because of growth within the county.

He cited that when he took office, Fannin County had approximately 20,000 full-time residents. That number now, according to Sosebee, is somewhere between 25,000 to 26,000.

While there has been an increase in county budget, Sosebee felt that he has been a “good steward” of the taxpayer’s money.

“Our millage rate is the lowest in the state of Georgia,” Sosebee explained, “with 4.176 on the county’s side of it.”

Sosebee went on to discuss his record while holding the Post 2 Commissioner seat: “I’ve attended every meeting. Never missed a meeting. I’ve voted on everything that has come before me, and I’m not ashamed of any vote that I’ve made.”

Sosebee concluded his presentation by thanking the crowd and stating, “I am running for re-election for Post 2 Commission, and I’m in it to win it.”

Sosebee will face off against Glenn Patterson in the May General Primary to be held on May 22, 2018, with a voter registration deadline of April 23.

Those wishing to be a candidate in the General Primary must first qualify. The qualifying period for Post 2 Commissioner will begin March 5 at 9 a.m. and will close March 9 at noon.