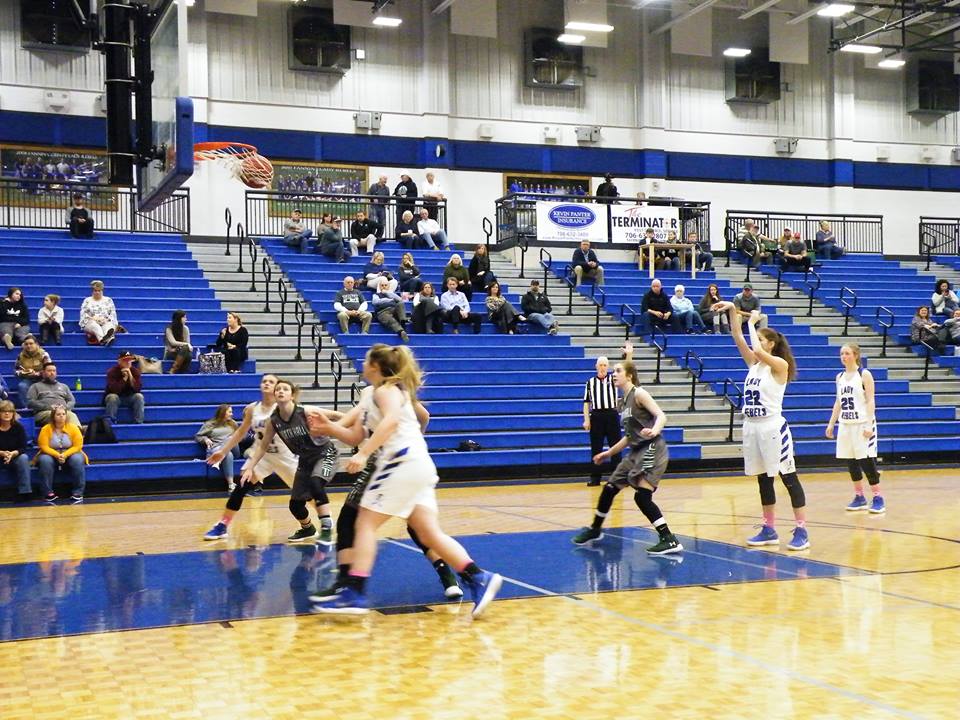 With North Hall’s leading scorer getting most of her points from outside shots, Fannin’s leading scorer got her points from making three point shots above the key. Ansleigh Ferguson led the Trojans in scoring with nineteen points while Maddie Johnson led the Rebels in scoring with nine points. The Lady Trojans had a 20-5 lead over the Lady Rebels at the end of the first quarter.

The Fannin freshmen, Mackenzie Johnson and Abby Ledford, added points onto the Lady Rebels score with their speed. Johnson added four points to the Lady Rebels score while Ledford contributed two. The Lady Trojans were making great passes, playing great together while the Rebels were off to a rocky start. Fannin had trouble rebounding and communicating on defense for the first part of the game. North Hall still had the lead over Fannin at the end of the second quarter, with a score of 26-15.

As the buzzer sounded to start the second half of the game, the Lady Rebels found what they were missing and started to play with some spunk. Fannin had good looks down low to their posts, Hope Franklin and Makenzie McClure. Franklin added six points to the Rebels score with her aggressive playing on the block while McClure drew a foul and put one more point on the board for Fannin. Although the Rebels were making a comeback, the Lady Trojans were still ahead 38-27 at the end of the third quarter.

Fannin built up their confidence as the game went on. The Lady Rebels became more willing to take outside shots and drive the lane for layups. Both Morgan’s for Fannin, Patton and Holt, proved to be an asset to the game with their outside shots. Holt contributed seven points for Fannin while Patton added three to the board. Maleah Stepp got after it while she was on the court and added four points to the Rebels score. Despite Fannin’s effort at the end, North Hall walked away with a 49-36 win.

The Lady Rebels loss puts their overall record at 9-13 while the Lady Trojans stand at 9-10.