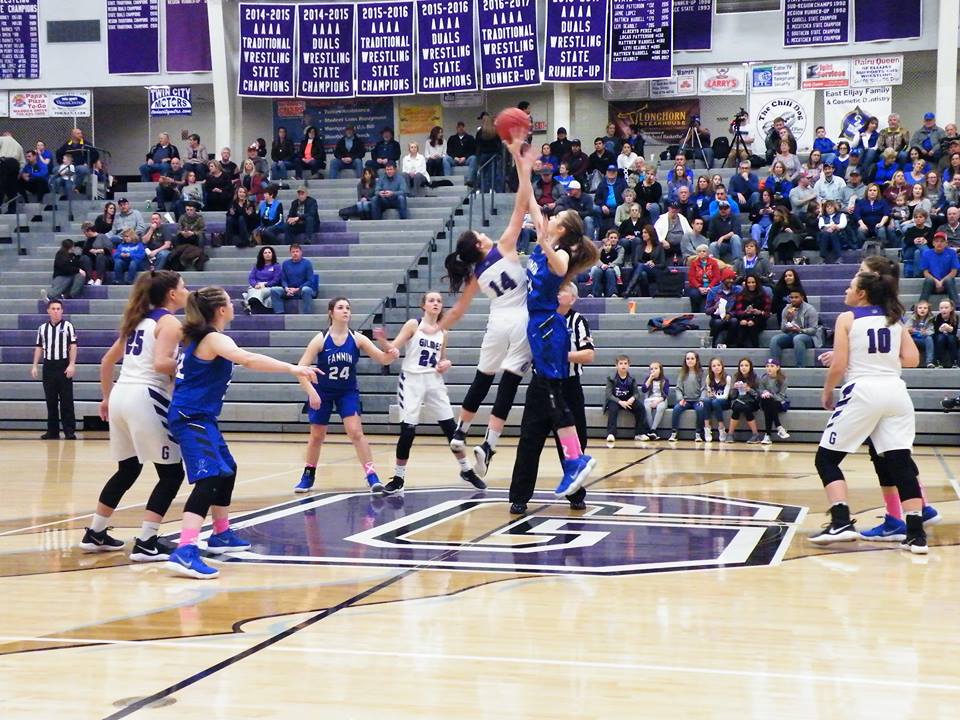 Last Friday, the Lady Rebels traveled to Gilmer County to take on the Lady Bobcats. Both teams were coming from wins and looking to continue their streak.

It was an intense game from tipoff. The rival teams played a game that had everyone on the edge of their seats for every second of each quarter. Lady Rebel, Hope Franklin, led her team in scoring with twelve points due to her aggressive playing on the block. Lady Bobcat, Katie Kiker, also led her team in scoring with twelve points. The Lady Bobcats wrapped up the first quarter of the game with a one point lead over the Lady Rebels with a sore of 11-10.

It looked like everyone in the stadium was going to get whiplash from the back and forth of the game. Gilmer started to apply heavy defensive pressure while the Rebels started to double team the Lady Cats. The Lady Rebels picked up their game above the key and started to make outside shots. Morgan Patton added four points onto Fannin’s score with her ability to make shots above the key. Maddie Johnson followed the trend and added five more points on the board for the Rebels with her outside shooting. Hope Franklin for the Rebels drew a foul and made one of her shots, tying up the game 20-20.

With Gilmer driving through the lane making layups, Fannin started sneaking inside for points. Lady Rebel, Maleah Stepp, snuck through the back door of Gilmer’s weak offside defense and contributed six points for her team. Makenzie McClure got rebounds downlow and also put six points on the board for the Rebels. Savada Collins had grit and drove right through the defense, adding four points to Fannin’s score. The Lady Bobcats took back the lead that they had at the beginning of the game and ended the third quarter with a score of 32-29.

Everyone who stepped on the court played with hustle and heart. Both teams wanted to win just as badly as the other did. Fannin had a one point lead over Gilmer with 53 seconds left. With the Lady Rebels being so close to victory, the Lady Bobcats snatched it away from them in just a matter of seconds and got their lead back. The rival teams played their hearts out until the buzzer sounded to end the game with Gilmer in the lead 45-44 over Fannin.

The Lady Rebels loss puts their overall record at 9-12 while the Lady Bobcats stand at 12-9. Catch the Lady Rebels next game February 2 as they travel to take on East Hall at 7:00!