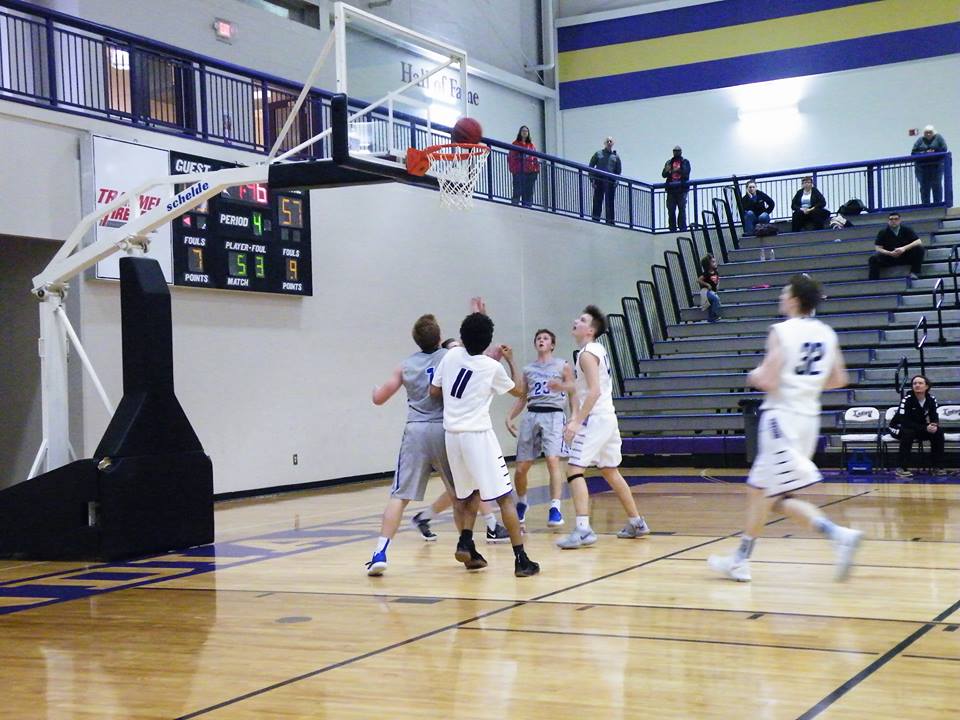 Was it the officials or the athletes playing last Thursday’s game at Lumpkin County? No one could tell. The Fannin Rebels traveled to take on the Lumpkin Indians in hopes of getting their fifth win of the season.

In just the first half of the game, the Rebels received twenty-one fouls called on them while the Indians only had six. Four of the Rebels fouls were called as technicals. The first being on head coach, Scott Eggleston, in the first minute of the game. The second technical foul being called on Jack Gobble only sixty-four seconds into the second quarter. The third was on Ryan Beavers only six second after Gobble received his. The fourth and final technical foul was called on Brady Martin towards the end of the second quarter. Rebel fans were showing their frustration which resulted in being kicked out of the game or being asked to move seats.

Despite the calls not being in the Rebels favor, they still played hard. Rebel, Chandler Kendall, took his anger out on the basket by leading his team in scoring with twenty-two points. Austin Black led the Indians in scoring for the night with sixteen points. The Rebels were in the lead over the Indians at the end of the first quarter with a score of 11-6.

With Lumpkin’s high pressure defense, the Rebel’s relied on passes to get open shots. Fannin started to look up and find open teammates. Ryan Beavers was the main man inside for the Rebels who got aggressive on the block and contributed ten points for the Rebels. The Indians took a 26-16 lead over the Rebels at the end of the second quarter.

After the half, the officials began to even out the calls for each team. The Rebels received ten fouls in the second half while the Indians received twelve.

Fannin started to find a way to break Lumpkin’s defense and drive the lane. Rebel, Payton Holt, put twelve points on the board with his scrappy playing. Joe Satchell followed the trend by adding four points to the Rebels score with his hustle. The Rebels managed to stay in the game by only being down 39-33 at the end of the third.

As Fannin continued to fight to get their lead back, Lumpkin tried just as hard to keep it. Chase Culpepper took advantage of his ability to make outside shots and contributed three points for the Rebels from above the key. As time ran out, the Rebels found themselves unable to catch up to the Indians with a 58-51 loss.

The Rebels loss puts their overall record at 4-16 while the Indians stand at 3-16. Catch the Rebels next game on January 30 starting at 7:30 as they travel to take on GAC!