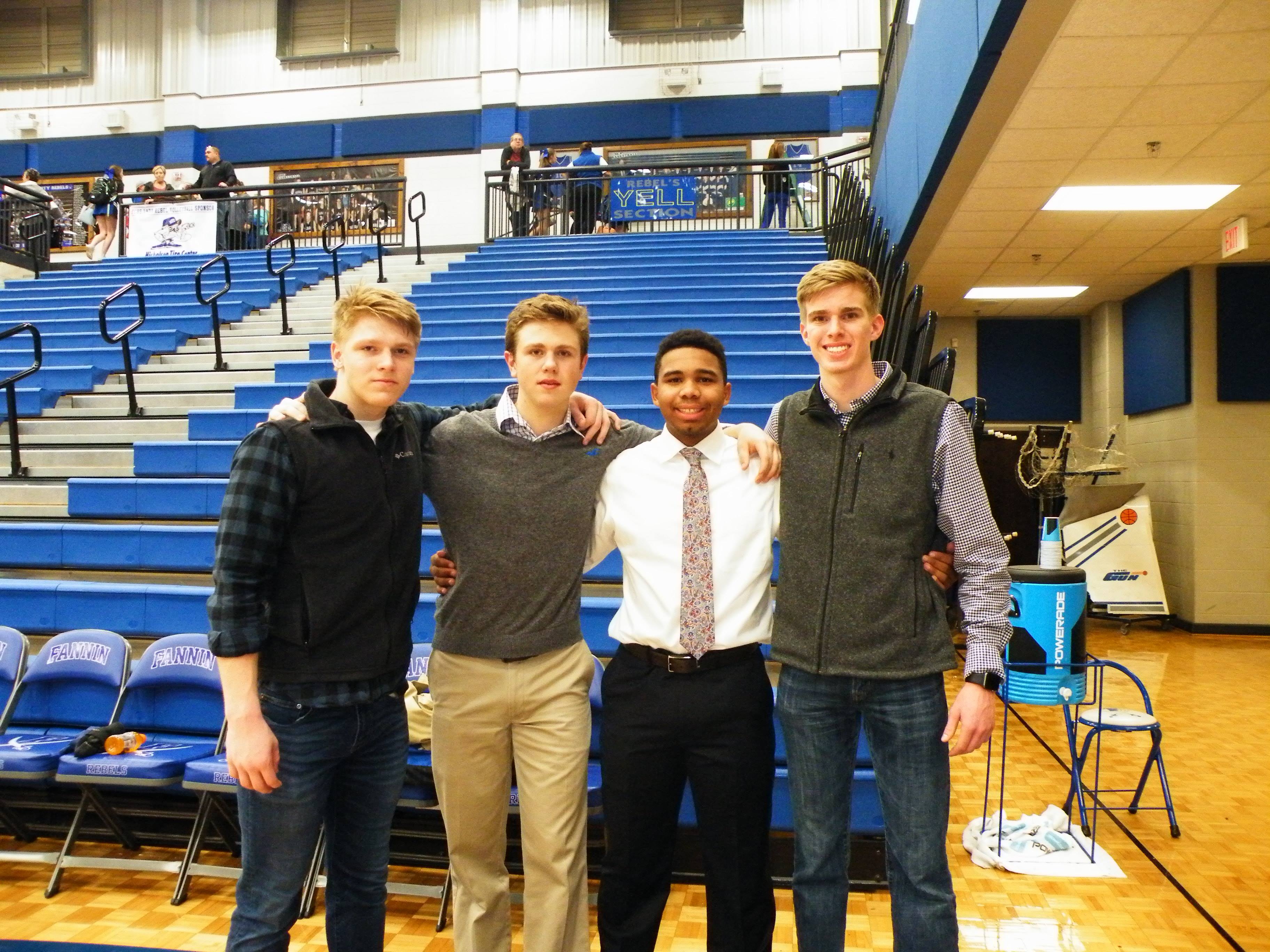 The majority of the Rebels points came from the outside where senior, Payton Holt, contributed nineteen points for his team. “Payton has filled the role as one of our lead scorers and has taken over the last two games that we won. He has taken good shots and scored a lot for us. He has learned from the beginning of the year how to really let the game come to him and not force things. He is getting good shots all of the time and shooting a very good percentage,” head coach, Scott Eggleston shared. Dawson Tiger, Cullen Reed, led his team in scoring with twenty-six points for the night. The Rebels had the lead at the end of the first quarter with a score of 16-11.

It was an intense game of back and forth.  The Rebels started taking and making outside shots while the Tigers drove the lane. Rebel, Chandler Kendall, put six points on the board with his hustle. Chase Culpepper followed the trend and swooshed a shot above the key, contributing three points for the Rebels. Rebel senior, Joe Satchell, added thirteen points to Fannin’s score for the night. ”Joe is doing a great job at handling the ball. He does a phenomenal job on defense. He is always guarding the other teams best offensive player. His game has improved a lot on his decision making, not making turnovers, and selective shooting which has helped his percentage go up,” coach Eggleston shared with the FYN team. The Rebels still had the lead over the Tigers going into halftime with a score of 28-17.

When Dawson started to double team Fannin at the top of the key and in the corners, they came up with a new method of scoring. The Rebels looked inside to post, Nathaniel Garrison, who contributed four points for his team. Joel Kinser got aggressive downlow and added two points to the Rebels score. Rebel senior, Ryan Beavers, is also a post who put ten more points on the board for Fannin. ”Ryan is fighting an injury but he has improved so much with his aggressiveness and rebounding. He makes it so hard to take him out of the game because he does such a great job,” Eggleston shared about the senior. The Rebels were barely hanging onto their 42-38 lead over the Tigers at the end of the third quarter.

Everyone was on the edge of their seat at the start of the fourth quarter. Neither team was giving up. Rebel senior, Jack Gobble, added four points to the Rebels score for the night. When asking coach Eggleston about the senior, he replied, “Jack just started playing but he has really taken off. He still makes some rookie mistakes but those have become very minimal. He is playing hard and starting to understand his role now better than he did at the beginning of the year.  His game has improved in all areas.” All of the seniors were on the court to wrap up the night with a 61-56 win over Dawson County. “One of the things I think this years team has done really well at is not giving up and that showed tonight by beating as good of a team as Dawson who has had a great season going for them. We have four kids with great character. They come into practice everyday and work hard. They’ve never given up on the season and they’ve all gotten better. I almost have to kick those four out of practice every night because they love to stay in the gym and shoot. They have been great representatives for our program and I’m happy that they’re getting some success because they have not given up on it. They could have very easily bailed on the season but they hung in there and stuck with it. They’re making memories and are going to have some things to talk about and take with them from this season and we still have things ahead of us that can make it even more special,” Eggleston shared about all of his seniors.

The Rebels win puts their overall record at 4-15 while the Tigers stand at 14-6. Catch the Rebels next game on January 30 at 7:30 as they travel to take on GAC!