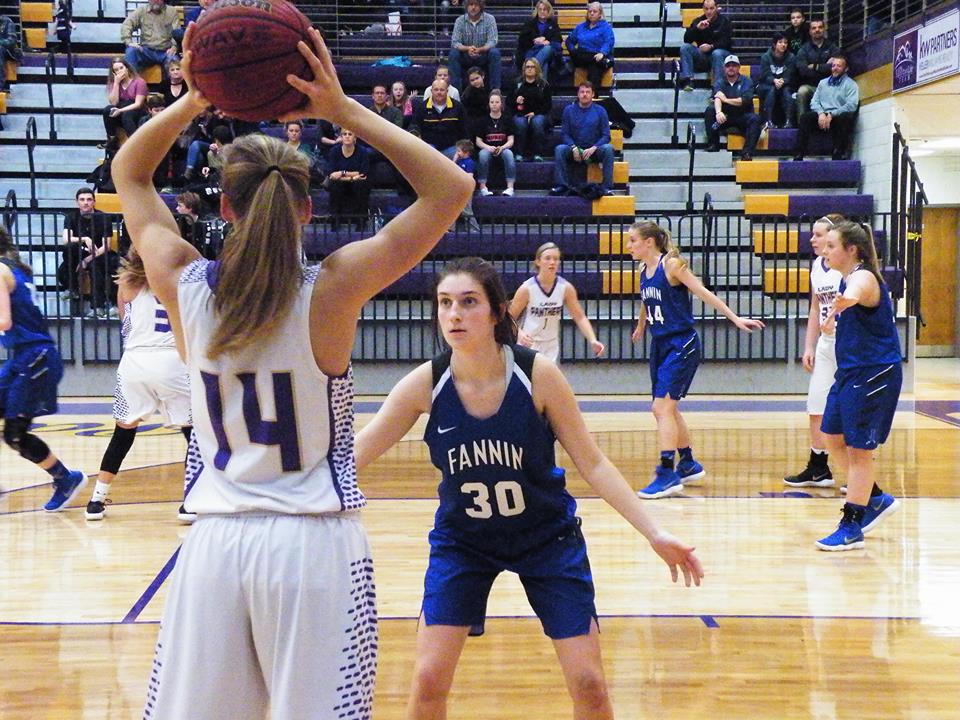 Last night the Lady Rebels traveled to Union County to take on the Lady Panthers. Both teams were coming from losses the game prior to the matchup and ready to play for redemption.

The Lady Panthers started with the ball. Lady Rebel, Maleah Stepp, led her team in scoring with nine points due to her ability to make outside shots. Lady Panther, Kait McCarter led her team in scoring with twenty-five points by driving the lane. Out of Reagan Henderson’s six points, two were made from a buzzer beater shot downlow to finish the first quarter with the score at 11-7 with the Panthers in the lead.

It was a back and forth game from the start of the second quarter. The Rebels took the lead just to have it taken away from them. Maddie Johnson contributed three points for the Rebels with her scrappy playing. Fannin relied on plays and passes to score while Union drove right through the defense for layups. This allowed Makenzie McClure to have a good game on the block and add five points onto the Rebels score. Another Rebel post, Hope Franklin, had rebounds inside and added four more points to the board. The Lady Panthers extended their lead over the Rebels at the end of the second with a score of 26-19.

With the Lady Panthers full court pressing, it made it harder for the Rebels to get to the basket and score. Mackenzie Johnson started to get the hang of the press and flew by her opponents, contributing two points for the Lady Rebels. Fannin also started to look up the court and lead teammates with passes to break the press. Union started to do even more damage by taking advantage of Fannin’s weak offside defense and sneaking through the backdoor to score more points. The Panthers wrap up the third quarter with a 37-24 lead over the Rebels.

Fannin started to fight back at the start of the fourth. The Rebels started to get after it by taking and making fouls. Lady Rebels, Emily Beavers and Morgan Patton, made fouls in hopes of keeping the Panthers from scoring with their aggressive playing. Savada Collins and Bailey Whitener for the Rebels drew fouls with their hustle. Despite the Rebels effort to make a come back, the Panthers pranced away with a 45-29 win.

Fannin’s loss puts their overall record at 8-10 while the Panthers stand at 12-5. Catch the Lady Rebels next game January 16 at 6:00 as they travel to take on the Lumpkin County Indians.