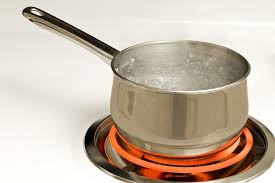 McCAYSVILLE, Ga. – UPDATE: Amber Brooks, city clerk for the city of Copperhill, and the McCaysville City Hall automated alert system confirmed Wednesday, Jan. 17, that the boil advisories for both towns’ water customers remain in effect as frozen and broken lines in the McCaysville water system has resulted in low tank levels for each town’s water systems.

Brooks stated Copperhill city workers are still transporting water from Copper Basin Utility District hydrants in nearby Ducktown, Tennessee, in an effort to fill the city’s water system tanks and are also working to establish an emergency line connection with Copper Basin Utility District. The city of Copperhill currently receives its water from the McCaysville water system.

For both towns, the latest boil advisory is the third such advisory since early October last year. The McCaysville advisory, issued Jan. 5, is in its 13th consecutive day while the Copperhill advisory is in its 12th.

UPDATE: Suzanne Hughes, city recorder for the city of Copperhill, and a Fannin County Emergency Management Agency alert confirmed the continuation of the boil advisories for Copperhill, Tennessee, and McCaysville, Georgia, respectively, Friday, Jan. 12. Both advisories remain in effect until further notice and are expected to last throughout the weekend.

The city has been under the advisory since Friday, and the latest advisory is the city’s third boil advisory for its water customers since the beginning of October 2017. The advisory stems from low tank levels at the city’s water plant, which occurred largely because of broken water mains during the recent cold weather experienced across the region over the past two weeks, according to McCaysville City Councilman and Water Commissioner Richard Wagner.

Wagner was unable to give timetable for when the boil advisory is expected to be lifted and added that tank levels at the water plant continue to be low.

“(City water crews) have worked hard (to repair the broken mains) and put in a lot of long hours, and I am very proud of them,” Wagner stated of the recent water system repair work throughout the city.

Consequently, the city of Copperhill, Tennessee, which receives its water from the McCaysville water system, also issued a boil advisory for its customers Saturday, Jan.6, which remains in effect for its customers, according to City Clerk Amber Brooks. Currently, Copperhill is using fire engines and tankers to transfer water from Copper Basin Utility District hydrants in nearby Ducktown, Tennessee, in an effort to keep its own water tank full, Brooks stated. For Copperhill, this is also its third boil advisory since October.

Before boil advisories can be lifted, a series of bacteriological testing must be conducted to ensure the safety of water and the water providers must receive clearance from the state.