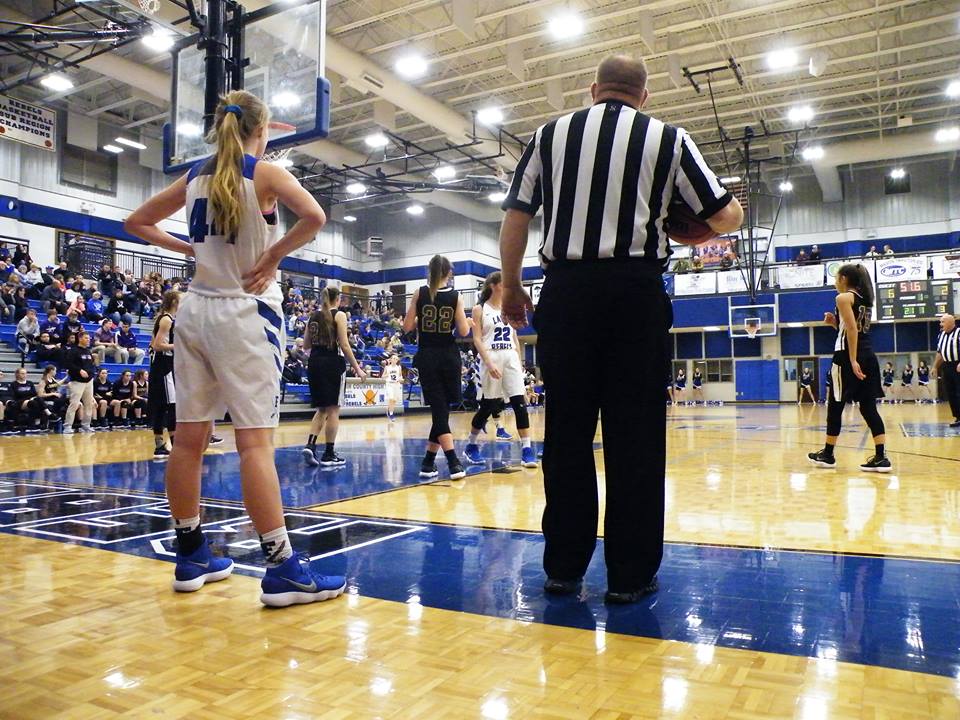 The game was close from the beginning to the end. Both teams were coming from a loss prior to the matchup and were determined to get a win. The Lumpkin County Lady Indians traveled to Fannin County this past Saturday to take on the Lady Rebels.

The Lady Rebels started off with the ball from tip-off. Rebel, Savada Collins, led Fannin in scoring with eleven points due to her drive to win. Lady Indians, Maddie Self and Mackenzie Pulley, led Lumpkin in scoring by each putting seven points on the board. The Lady Indians played in a zone defense which put the Rebels relying on passes to get open shots. Lumpkin double teamed Fannin and trapped them in the corner to keep them from scoring which proved to be effective in the first quarter. At the end of the first, the Lady Indians had a 6-2 lead over the Rebels.

With the second quarter starting, the Lady Rebels began to come up with ways to get to the basket past the Indians defense. Fannin started to drive the lane through the defense and draw fouls. The Rebels also started to run plays up top made for a zone defense. The plays moved the defense around with the ball and left Rebel posts wide open. Lady Rebel, Hope Franklin, had a good game from the block where she contributed seven points for Fannin. Makenzie McClure had grit down low which allowed her to put four more points on the board for the Rebels. Another Rebel post, Bailey Whitener, had rebounds that resulted in her scoring two more points for her team. The Rebels went into halftime only one point behind the Indians with a score of 17-16.

The intensity came alive at the beginning of the third quarter. With Lumpkin finding new ways to score, so did Fannin. The Lady Indians saw that the Rebels had a weak offside defense and took advantage of it. Lumpkin would draw Fannin to one side, leaving an open backdoor where the Lady Indians would come in and make wide open layups. With the Lady Indians adding onto their score, the Rebels did the same. Fannin started to take and make outside shots. Lady Rebel, Maleah Stepp, contributed five points for her team with her hustle and ability to make outside shots. Morgan Patton also added five points to Fannin’s score with her ankle-breaking moves. Out of Patton’s five points, three of them were from the three point shot that put Fannin in the lead for the first time in the game. Fannin finally took the lead at the end of the third with a score of 25-23.

Both teams fought until the end. Lumpkin would have the ball one second and then Fannin would have it the next. Each team wanted to win and you could tell by their performance on the court. Despite Lumpkin’s attempt to take their lead back, Fannin kept it and had a 34-31 victory over the Lady Indians.

The Lady Rebels win puts their overall record at 8-8 while the Lady Indians stand at 6-8. Catch the Lady Rebels next game on January 9 as they take on East Hall at home starting at 6!