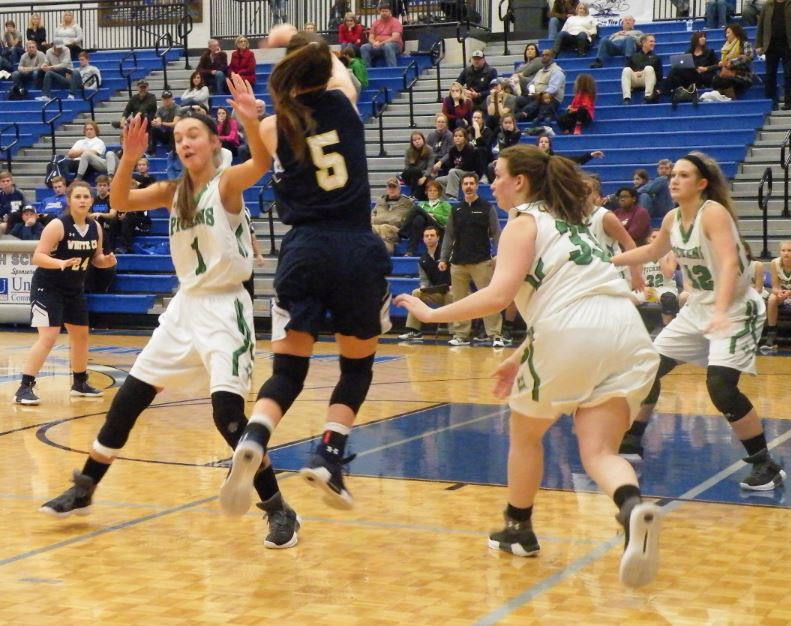 The White County Lady Warriors and the Pickens County Lady Dragons traveled to Fannin County this past Friday to take on day two of the Mountaintop Holiday Classic. Both teams came ready to carry on their winning streaks after their wins on day one of the tournament.

The Lady Warriors started off the game strong. Warrior, Madi Phillips, led her team in scoring down low with thirteen points. Lady Dragon, Mykenzie Weaver, led Pickens County in scoring with twenty-three points. The Warriors started looking up the court and found Naoumi Crumley who scored eight points overall. As the first quarter came to an end, the Lady Dragons had a 19-12 lead over the Lady Warriors.

As soon as the Lady Dragons were in the Lady Warriors reach, they fought for the lead. With Pickens County driving the lane, White County started taking outside shots. Lady Warrior, Annabeth Vandiver, contributed two points for her team. Sakina Wilmont and Erin Dorsey followed the trend by each putting two more points on the board for White County. Lady Warrior, Maddie Futch, added five points to the score due to her grit. With the third quarter ending, the Lady Dragons still had the lead with a score of 48-45.

The White County Lady Warriors loss puts their overall record at 9-5 while the Pickens County Lady Dragons stand at 10-2. Catch the Lady Warriors next game on January 3 at 2:00 as they travel to take on North Forsyth!