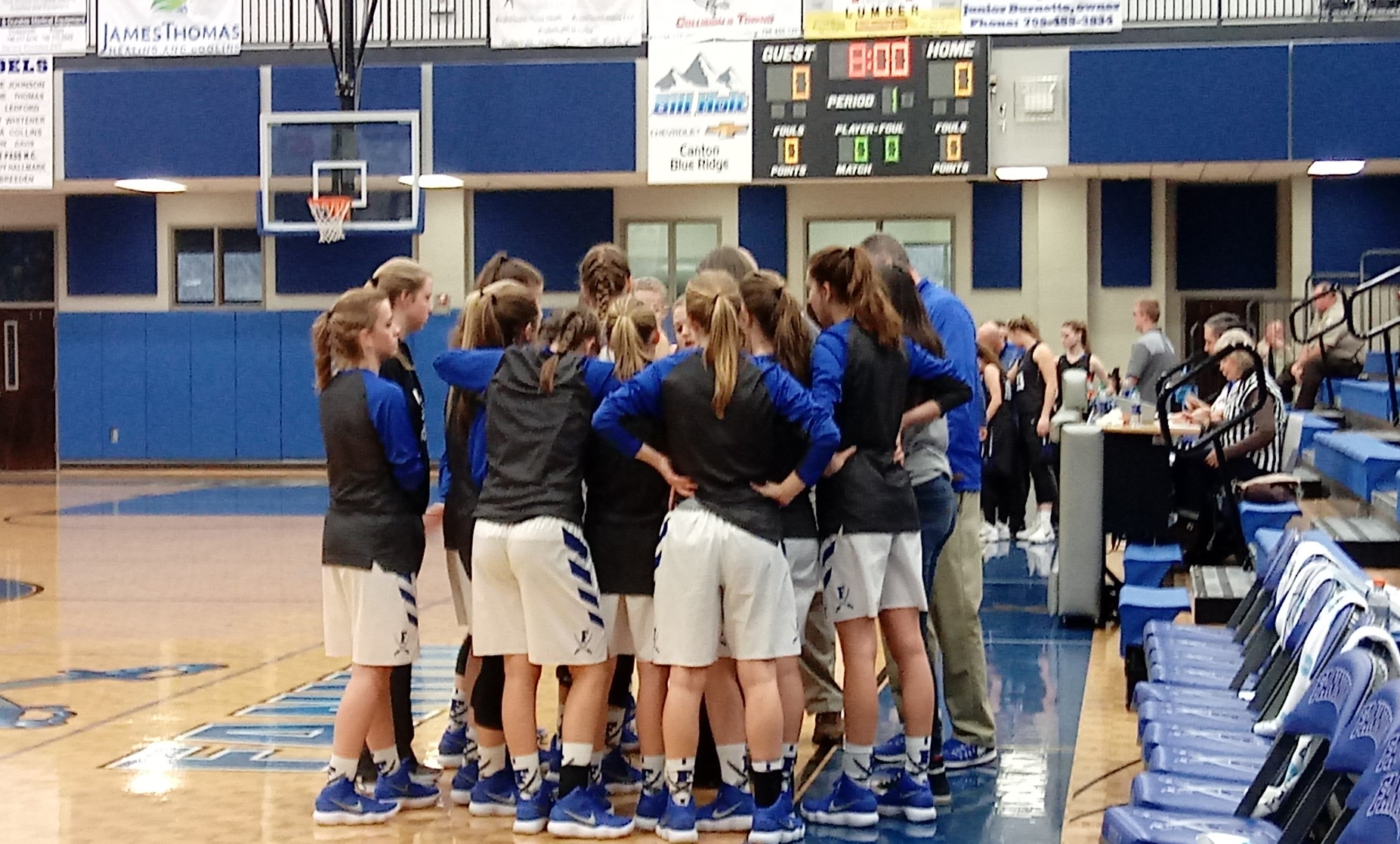 On Friday, Dec 15, The Fannin County Lady Rebels hosted the Towns County Indians and looking to bounce back after a tough loss the night prior at Dawson County. They also suffered a similar loss on the road earlier in the week at North Hall (Gainesville).

“The snow days definitely affected our girls’ conditioning and focus,” said Fannin Lady Rebels’ head coach Suzianne Pass when asked about the 53-27 North Hall loss. “We didn’t play our best and when you’re playing a team like [North Hall] you have to be at your very best.”

Just one week before falling to North Hall, the Lady Rebels opened region play against rival Union County. The Lady Panthers were able to escape Fannin County High School with a 2-point victory, giving Fannin their first loss in region play. After falling to North Hall and then Dawson County, the season that started so well has begun to take a turn in the wrong direction.

“Dawson County was probably the best team we’ve faced all year,” Suzianne Pass answered when asked about their tough schedule. “Pickens (who was undefeated at the time of our interview) was really good, too, though; and so was North Hall.”

Pickens, North Hall, Dawson County and Union have a combined record of 20-6, with two of those losses coming from favorites to win the state championship in their respective classes.

As the Lady Rebels prepared to regroup this week, coach Pass shed light on some of the positives coming out of their strength of schedule.

“Our girls have come a long way this season,” Pass shared. “They’re beginning to understand the role they each play on the court. I’ve had some heart-to-heart conversations and they know what they have to do. They want to do it.”

As far as the depth chart goes, there was optimism in that area as well.

“We just got one of our experienced players back from injury, and we’ve been waiting on one of our girls who hurt herself early in the year. She should be back soon, hopefully the first of the year.”

When Towns County came to Fannin, the Lady Rebels were motivated and hungry for a win. Towns County showed great tenacity and played hard, but the Rebels would not be denied.

Hope Franklin led the Lady Rebels offense with 15 points in the game, due mostly to her ability to get in the paint and pull rebounds out of the air at will. Franklin was an unstoppable force under the bucket.

If Franklin was Batman, Makenzie McClure would have to be Robin.

McClure shared Franklin’s desire for rebounds and the two worked better together than peanut butter and jelly. All jokes aside, McClure had a great game, scoring 9 points in the win and earning some big praise from the head coach.

“Makenzie is playing better and better, game after game this year,” Pass told TeamFYNSports. “Maleah Stepp played really well, too, and she hit a big 3 [point basket] in the first quarter when Towns was playing us pretty close.

Stepp finished with 9 points in the win as well.

Maddie Johnson, who could be seen streaking from one end of the floor to the other, was the key ball handler for the Lady Rebels. She took the point and set up the offense and pushed the ball up and down the floor at an urgent, but controlled pace throughout the game. She scored only 3 points offensively, but her performance outweighs the scorebook 10-to-1.

The Lady Rebels (5-4, 0-3) head to White County (7-4, 0-1) and then return to the road Friday afternoon to play Hayesville (NC) before breaking for the Christmas holiday.

“I looked at the schedule this week and thought, why did I schedule us two away games right before Christmas?” Pass said with a chuckle. She went on to explain the fear of her girls’ conditioning and the upcoming Holiday tournament.

“They’re in great shape this time of year but if they were to take this whole week off they would have a tough time playing a three day tournament next week.”

TeamFYNSports looks forward to continuing to cover the Fannin County Lady Rebels as their season progresses. Follow us on twitter @TeamFYNSports and on facebook at www.facebook.com/teamfynsports for all of your local North Georgia sports coverage.