BLUE RIDGE, Ga. – After a budget proposal that was met with opposition from some county departments and heavily scrutinized by the Fannin County Board of Commissioners (BOC), agreements were finally made and the Fannin County 2018 Budget was passed on Dec. 12.

The BOC held an all-day public workshop to discuss the 2018 Budget on Sep. 20. At this workshop, most county department heads came before the board with their department’s request for next year’s budget.

During the workshop, some departments made large cuts in spending. One such cut came from Public Works Director Zack Ratcliff. 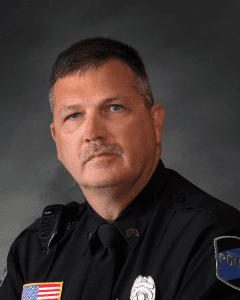 Magistrate Judge Brian Jones questioned the BOC as to why his salary line item had been cut at a Public Hearing for the 2018 Budget.

Ratcliff proposed approximately $300,000 in cuts to his department. These cuts came mainly from fuel purchases, tire allowances and payroll. This $300,000 decrease comes on top of an 11 percent decrease in the department’s budget last year.

Information from this workshop allowed Fannin County Finance Director Robin Gazaway along with the Board of Commissioners to review department line items and create a proposed budget for 2018.

This proposed budget was met with opposition from certain departments. The Board of Assessors (BOA) questioned the cuts proposed by the BOC. Having requested $977,370.00, the BOC ultimately only approved $848,265 for the BOA department.

Magistrate Judge Brian Jones also questioned the board at a public hearing held on Nov. 28. Jones had requested $114,240 in salaries for his department and was surprised to see that the proposed budget was only allocating him $104,958 in this area.

At the public hearing, Jones addressed the board by saying, “I would like you all to revisit the salary part of my budget. I am the only budget that was reduced in the salary portion.”

Jones stated that he did not care about his personal salary, which is mandated by the state of Georgia, but that he was concerned with the salaries of his staff. “I hired them at a beginner’s rate, or what I call a starter’s salary, and I think I should be allowed the opportunity to advance them as they learn and move forward in their jobs,” Jones explained.

Jones went on to list numerous responsibilities that his court has taken on from other courts in an attempt to “unclog the system.”

Post 1 Commissioner Earl Johnson asked Jones if he was happy with everything else in his budget. Jones replied, “I’m fine with all of that. I’m just not happy with the salary portion because I think I should be able to advance my employees as they deserve to be advanced.”

Gazaway explained how the proposed amount for salaries within the Magistrate Court was determined: “I actually added up what they’re currently making, all of them, and added 2 percent, and it made a reduction in salary.”

Fannin County Chairman Stan Helton added, “His employees are not getting cut on their salary. They’re getting a 2 percent raise, which is consistent with what we are doing with every other department in the county.”

At the Fannin County BOC meeting held Dec. 12, this issue was revisited before finalizing the 2018 Budget. Before the discussion of the budget took place, Finance Director Gazaway presented a graph depicting the county’s budget from 2014 to present, along with the county’s millage rate for this same time period.

During this period Fannin County’s spending budget has grown by approximately 40 percent, while the millage rate has dropped from 5.16 in 2014 to 4.176 in 2018. Gazaway stated, “We can’t keep this up.”

“This is really important for people to understand. If you go from 2014 to this year, in three years the budget has increased right at 40 percent with no tax increase,” Helton explained, “and that is unsustainable, and that is part of the reason why we are doing our best to start putting the brakes on that this year.”

The proposed 2018 Budget contains a 1.8 percent increase from the previous year (2017) budget.

Johnson agreed with the spending being unsustainable. He remarked, “It’s a question I asked a year ago with several departments: when are we ever going to start being able to scale back?”

Johnson then added, “My experience here in five years, once anyone gets it in their budget, we never see it again. It’s very rare that we have decreases in these budgets.” 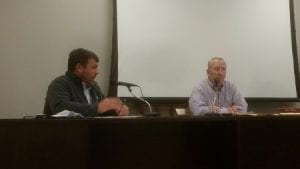 Sosebee stated he had contacted Gazaway previously to discuss his views on the matter. Sosebee said to the board, “Two or three years ago, we went down the same path over an elected official, like Mr. Jones back here, and my opinion is we can’t tell them what to do with their line items. We might can suggest it, but as far as taking it away from them, I don’t feel like it’s necessary that we do that.”

Johnson, who also stated having previously spoken with Gazaway on the matter, agreed with Sosebee, “The problem I have with it is that that means our office is telling another elected official what he’s paying his people.”

Gazaway clarified that the amount Jones was requesting is an 11 percent increase in salaries.

Sosebee replied to the clarification, “When the 11 percent comes out in the paper, Mr. Jones will have to answer to his constituents that voted for him.”

BOC Chairman Stan Helton added his thoughts: “We have tried very hard to keep this salary and wages for all the county at a 2 percent level. When we approve a budget, it’s basically for the next year, but if we’re talking about approving wages and salaries, that’s not just this year, that’s going to be the year after, the year after, the year after. So that one area I do feel that we do have some oversight on.”

Helton then addressed Jones who was present at the meeting: “The overall increase, Judge Jones, for your department is an increase.”

Helton asked for a motion to approve the line item for Magistrate Court salaries as the requested amount versus the commissioners’ recommended amount.

Johnson, unhappy with this motion, commented, “So, we’re going to have to do that for everyone that changed theirs? Since we are making motions for line items and salaries.”

Sosebee agreed that a motion needed to be made to accept the entire budget, including the requested amount from Jones: “We’ll just do the total budget, cause if we start on 1 line item, we need to do them all.”

After a moment Johnson motioned to approve the 2018 budget, Sosebee seconded the motion and the budget was passed unanimously.

Later, Johnson remarked on his decision to approve the Magistrate Court’s requested salary budget: “We don’t control constitutional officers. They control their budget, and they answer to their own voters.”

Judge Jones was pleased with the decision that was made and stated, “I just want to thank the post commissioners. They did what was right.”