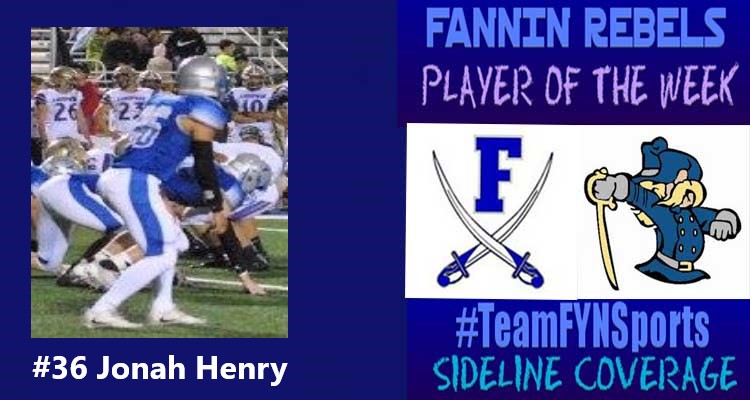 This week’s #TeamFYNSports Sportswriter Player of the Week for Fannin County is #36 Jonah Henry.  Henry recorded  6 tackles in the Rebels’ Homecoming game against Lumpkin.  He assisted on 4 additional tackles, he had one tackle for a loss and he had one pass broken up.  Henry has been a consistent part of the defensive secondary this season, as well as an asset on special teams and occasionally from the tailback position when the offensive personnel needed a break.  The Rebels travel to Union County this week for the Panthers’ senior night, kickoff scheduled for 7:30pm. 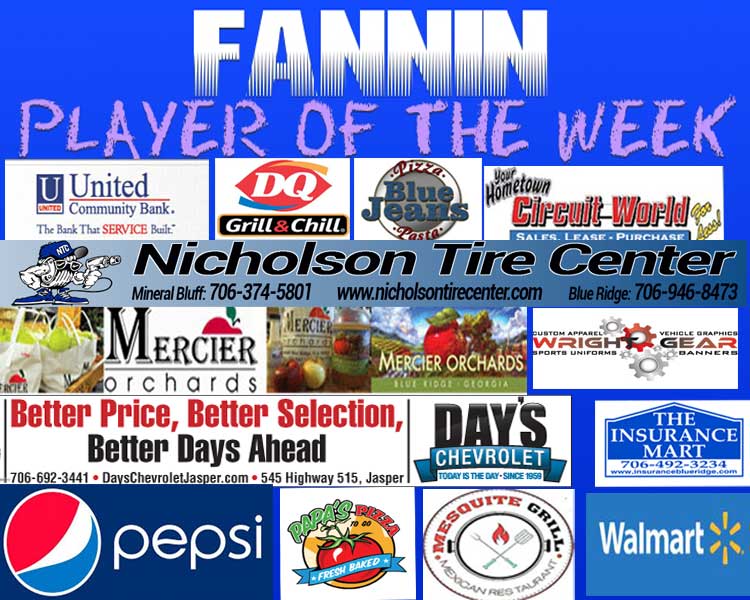