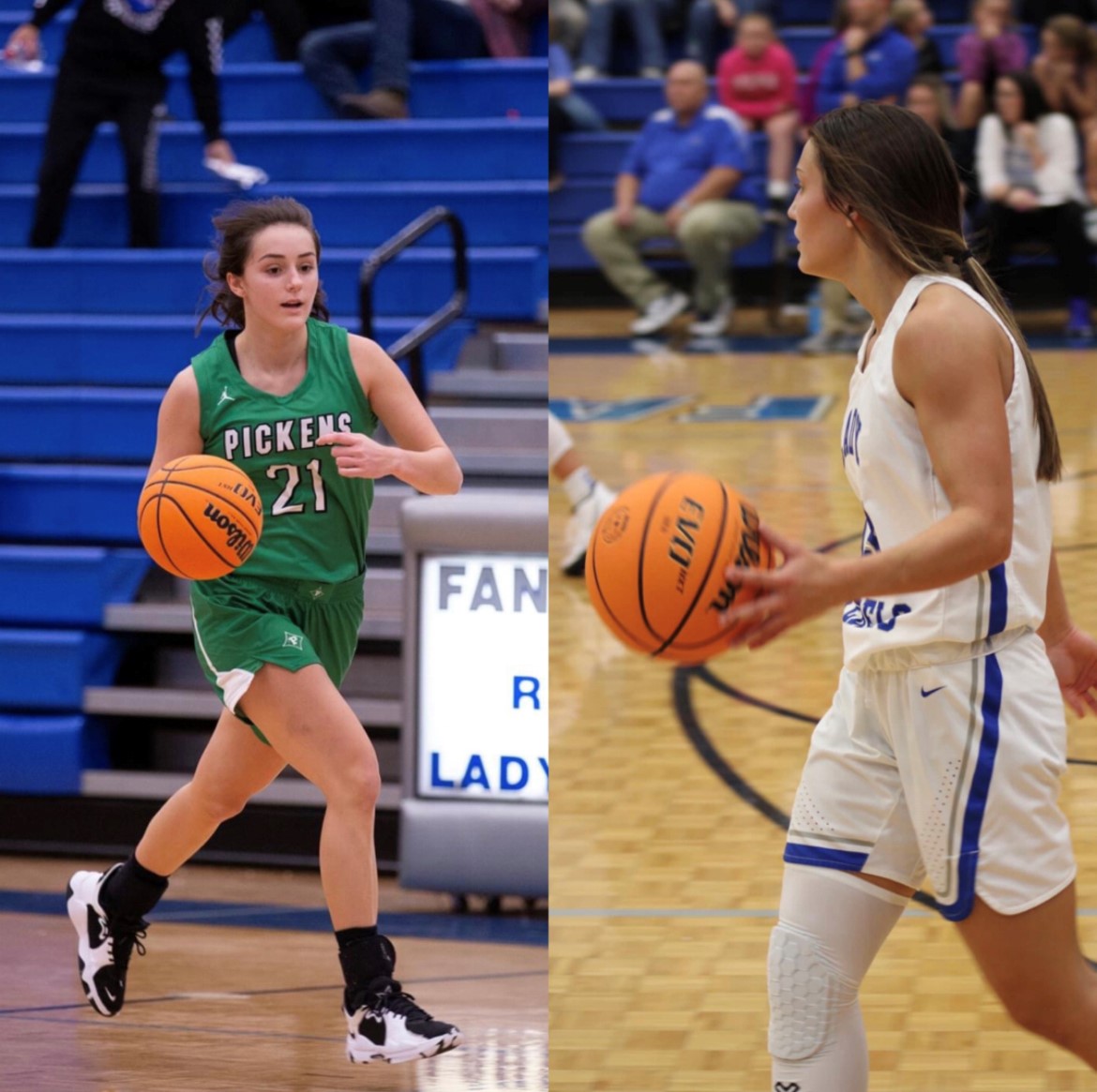 Fannin County High School New Gym will be the place to be tonight. Day 3 of the ETC Piedmont Mountainside Tip Off Tourney has a true championship game in the Girls Tournament.

Pickens County is ranked #8 in 4A while the Fannin County Rebels are ranked #4 in 2A. Both teams are coming off great seasons last year. The Lady Dragons ended last season in the elite 8 in Class 4A with a 2 point loss to Cairo 51-49.  The Lady Rebels are coming off a State Runner Up Finish with a loss to Josey 47-42.

Coming off of a historical 2020-21 season which saw the Pickens Dragonettes take home a region title, and make it all the way to the Elite 8 in the 4A State Tournament, expectations are certainly high in Jasper for the 2021-22 season. While the ‘Nettes did lose some key contributors from last year’s team, they still return a lot of fire power to this year’s squad.

The Dragonettes, coached by Brandon Thomas and led by Seniors Amanda Nelson and Carmyn Mullins, as well as a couple of Juniors in Emma Gleason and Madison Powell, have plenty of experience for the younger players to lean on. Speaking of younger players, the ‘Nettes have several young promising players on this year’s team. Two of which made a big impact last year. Sophomores Isabella Hopkins, and Caroline Mullins are two current and future stars for this ‘Nettes team and will look to continue where they left off last season. With a mix of both youth and experience on this year’s team, look for the ‘Nettes to once again be players come playoff time.

The Dragonettes have had a great tournament so far and will look to depend on experience to win the tournament tonight.

Tonight’s matchup is going to be a great one. This tournament has always been special because it brings the 515 communities together.

The Lady Rebels under Head Coach Ryan Chastain have provided Blue Ridge with many memories in just the past year. This season, they have the chance to give us more memoires and an ETC Tip-Off Tourney Championship would be a great start to the season.

Fannin has defeated Copper Basin and Gilmer to start the season but will be tested tonight by the Lady Dragonettes. The Rebels have great senior leadership in Becca Ledford, Reagan York and Jenna Young. The Sophomore Courtney Davis has picked up where she left off last season. Davis had 21 last night vs Gilmer. Ava Queen has been a valuable addition to the starting lineup at the post position. Every Single Lady Rebel on the roster has scored in the tourney. Other contributors include Ellie Cook, Reigan ONeal, Riley Reeves, Jayden Bailey, Macy Hawkins have all played great and added points, defense and valuable minutes for Coach Chastain.