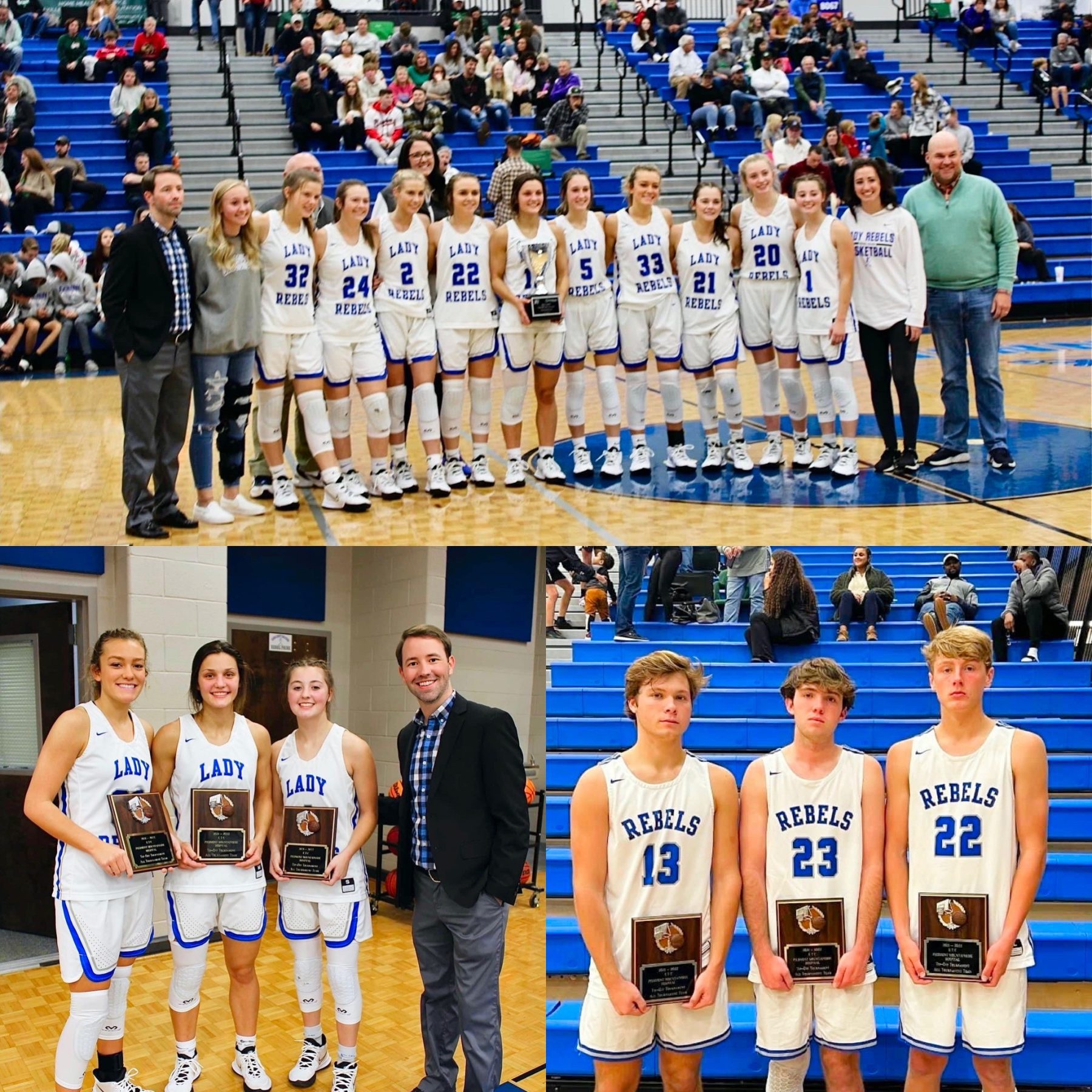 The Lady Rebels sent out their starting 5 of Courtney Davis, Becca Ledford, Jenna Young, Ava Queen and Reagan York to a loud ovation from the Fannin County Faithful Fan Base.

Fannin would end the 1st Quarter tied up at 8 with the #8 ranked team in 4A. Becca Ledford and Courtney Davis would provide the scoring for the Lady Rebels in the 1st.

In the 2nd Quarter, The Lady Rebels had the 3 Ball working. Fannin would hit 4-  3 point shots in the quarter.  Ellie Cook would come off the bench for the Rebels lighting up 9 points . Reigan O’Neal would also add a 3 Point shot of her own off the bench. Jenna Young and Rile Reeves would come up with steals in the quarter for the Rebels. Ava Queen collected 3 Rebounds in the Quarter. Courtney Davis ended the half for Lady Rebels with a long 3 Point shot that would have been good from Epworth as the Lady Rebels closed the half with a 23-15 lead.

In the 3rd Period, The Lady Dragonettes would cut the deficit to 6. Regan York did provide a 3 Point shot for the Rebels that was nothing but net. O’Neal and David each added 3 points in the Quarter.

Fannin would survive the late push by the Lady Dragonettes  in the 4th period winning the game 42-39.

2007 was the last time Fannin County Boys Basketball has made the State Playoffs. The Rebels went 1-2 in the ETC Piedmont Mountainside Tourney. Despite that 1-2 Record in the tourney, Head Coach Bryan Richerson and Players have shown North Georgia this week that they are more than capable of being a playoff contender.

This game between Pickens and Fannin would be for 2nd place in the tournament. Pickens would take a 41-25 lead into the half.

Fannin County would come out of the half with an impressive 21 point 3rd quarter. Chasen Ethington and Will Jones would each have 8 points each in the quarter. Landon Norton, Jordan Bennett and Bryson Wright would also add to the 3rd quarter scoring for the Rebels.

The Rebels would get into foul trouble in the 4th. Norton would foul out early in the 4th. Pickens County would go on a late run and win the 2nd Place Game 64-57. Chasen Ethington would lead the Rebels in Scoring with 22.