Psalm 119:130, “The teaching of your word gives light, so even the simple can understand.” (NLT)  Mark Twain wrote, “It’s not the things in the Bible I don’t understand that bother me, it’s the things I do.”  The Word will often convict the reader by identifying sin. Anyone who claims the Bible contradicts itself should research the scriptures, for there is no evidence to support this claim. The Word of God does contradict a sinful lifestyle.

Everyone likes the smell of a new car; but it doesn’t take long for it to disappear. Followed by dirt on the floor mats, coffee stains on the console, and accumulated fast-food wrappers. 2 Corinthians 5:17, “Therefore, if anyone is in Christ, he is a new creation …” When we become new, we have that sweet smell of salvation. However, sometimes we lose that fragrance by failing to renew ourselves daily with prayer and Bible study. It’s time for a car wash.

None of us likes sudden crises, but God allows those times to place our faith in the Father. Jerry Bridges wrote, “God will never allow any action against you that is not in accord with His will for you.” I know that is tough to read; it was tough to write. Spiritual maturity comes by trusting in the Lord. “As long as we continue to trust in our own abilities we shall avail nothing.” D. Martyn Lloyd-Jones. Hebrews 4:15, Let us approach God’s throne of grace with confidence, so that we may receive mercy and grace to help us in our time of need.

Galatians 5:16, Walk in the Spirit, and you shall not fulfill the lust of the flesh. J. Venon McGee wrote, “The whole Christian life, from the moment we are are born again until we come into His presence, is a walk by faith – a faith that rests upon the indwelling Holy Spirit.” McGee is saying that we do not walk by self effort, rather in His Holy Spirit, implanted within us to insure we finish strong!

I had lunch with two Christian brothers at Doug’s Place in Emerson, Georgia. Country Cooking at its BEST. The cafe’s bathroom has a sign: Wash you hands, say your prayers, cause Jesus and germs are everywhere.  Germs are on every surface, such as a door knob, and transfer at the touch. But how do we know Jesus is everywhere. After all, He ascended into heaven and is preparing a place for us. When Jesus went up, His Holy Spirit came down, allowing the Lord to be present in all the world. John 4:24, “God is Spirit . . .”

Paul wrote in 2 Corinthians 1:22 that Christ SEALED us and gave us the Holy Spirit in our hearts as a deposit. Imagine a fruit bar inside a protective wrapper. Once opened and left exposed, the bar begins to decay. However, if the bar is sealed in a zip-lock bag, the sweet fruit is preserved. Jesus has sealed our soul, preserving us from the rot of sin. 2 Timothy 2:19, Nevertheless the solid foundation of God stands, having this seal: “The Lord knows those that are His.”

1 Coronicles 29:14 “For all things come from You.” There are some 150,000 Life Coaches (personalized helper who for a fee, will partner with you in designing your future). For Christians, our Life Coach is the indwelling Holy Spirit. Einstein wrote, “Any intelligent fool can make things more complicated.” Isaac Newton once wrote, “Truth is found in simplicity.” Jesus is simply all we need (John 14:6).

John 14:6, Jesus said, “I am the way . . .” If we say Jesus is the only way to God, we risk being labeled intolerant. When Larry King interviewed Billy Graham and his son Franklin, he asked them if Jesus was in fact the only way. Both replied YES, and explained that Jesus stated He was the only way, and He is not a liar. You and I know who is the LIAR. Other religious leaders interviewed by Larry King stated there were many paths to God. A South American missionary hired a guide to lead him to a remote village. After several hours of slashing their way through the thick jungle, the missionary asked his guide if he really know the way. The guide dropped his large knife, opened his hands to display scars, and said, “Follow me for I know the way.”

The TV show TMZ consist of a platform where the host calls on entertainment reporters with celebrity news. On one episode, a picture was shown of a female movie star with a Bible in her hand. The host asked why she would take a Bible to lunch with her friend. The reporter responded, “the Bible makes for good reading in the Old Testament when David the warrior is really dramatic, but when Jesus shows up in the New Testament, its all downhill from there.” The Lord’s miracles were really dramatic, and His is the greatest love story ever told. Pray for the host, reporters, and producers of TMZ.

We celebrated EASTER SUNDAY, victory in Jesus over sin and death. In 2018 Jeremy Sutcliffe killed a rattlesnake in his backyard, cutting off its head. He got a plastic bag, and when he picked-up the head, the snake closed its fangs in his hand. A helicopter rushed him to a hospital where he received antivenom that saved his life. The ER doctor told Jeremy that decapitated snakes can bite for up to an hour. Jesus decapitated satan at Calvary, but the old serpent still strikes. In John 10:10 Jesus tells us that the thief comes to KILL. Stay clear of his deadly bite by staying in the Word.

I recall my study of economics in college, and how stocks and bonds chart up and down at a fast pace. There is one investment that will always pay positive returns: invest our time, talents, and treasure in growing the Kingdom of God. Mark 10:30 ” . . . and in the age to come eternal life.”

Continuing with John 14:6, Jesus said, “I am the way . . ” There is only one way to be physically born. Whether it’s in the womb or test tube, there has to be a natural union of a sperm and egg to produce birth. When Jesus said, “You must be born again…” (John 3:3), He was speaking of the super-natural union of a soul with the Savior. Being born of the Holy Spirit makes us a new creation in Christ (2 Corinthians 5:17).

Today is April Fools: Tricks played on others that are based on a lie. As a young husband and father, I played April Fool pranks on my family. My father-in-law once called my wife the night before to warn her, but I still pulled it off! Then it all changed when I was on the receiving end. We were at a beach rental during Spring Break, and told not to flush the hallway toilet or it would flood the condo. One morning my youngest daughter in a panic told me she forgot and flushed that toilet. I ran to the toilet and while bent over, my family yelled, “April’s Fool”. After my blood pressure returned to normal, I promised no more tricks. Don’t be fooled by fakers.

In Proverbs 28:2 , King Solomon points out that with sensible government leaders there is stability. On 12/6/18 NASA launched a space shuttle with experimental worms to study the human aging process. Seriously? Spending tax dollars when faced with what would become the longest government shut-down in U. S. history. Thousands of unpaid federal employees could have used those funds to feed their families and pay bills. What’s in your wallet? 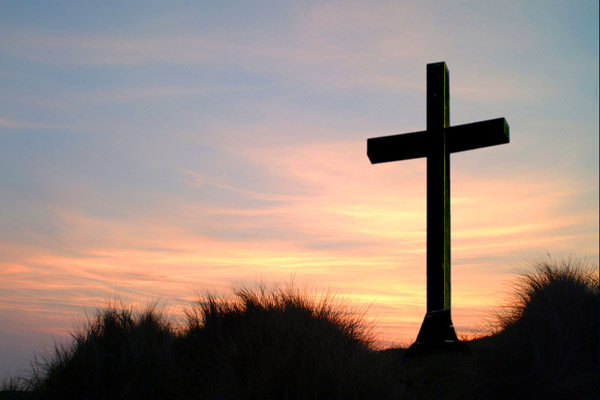 World Revival Director, David Rivett, stated that God has a different math than he uses as an accountant. Rivett referred to Matthew 14:13-21 (5 loaves of bread + 2 fish = 5,000). One boy’s Happy Meal feed a crowd of 5,000 people with 12 baskets of leftovers! A good story to teach children to share. Wonder what the boy’s mother said when he got home? I can relate to Rivett’s observation; Proverbs 22:9, “A generous man will himself be blessed.”

A news company reported a human interest story about a 69 year old lady who used her DNA to identify her birth mother. She discovered the name and address of a cousin who informed her that her mom was 88 years old and living in a nursing home. Their reunion was tearful as her mom shared that she had been told her daughter was still-born, and for almost seven decades, believed her only child was dead. There was no mention of a criminal investigation; but you can be sure satan was at work. In John 10:10, Jesus said, “A thief comes only to steal and to kill and to destroy; I have come that they may have life and have it in abundance.”