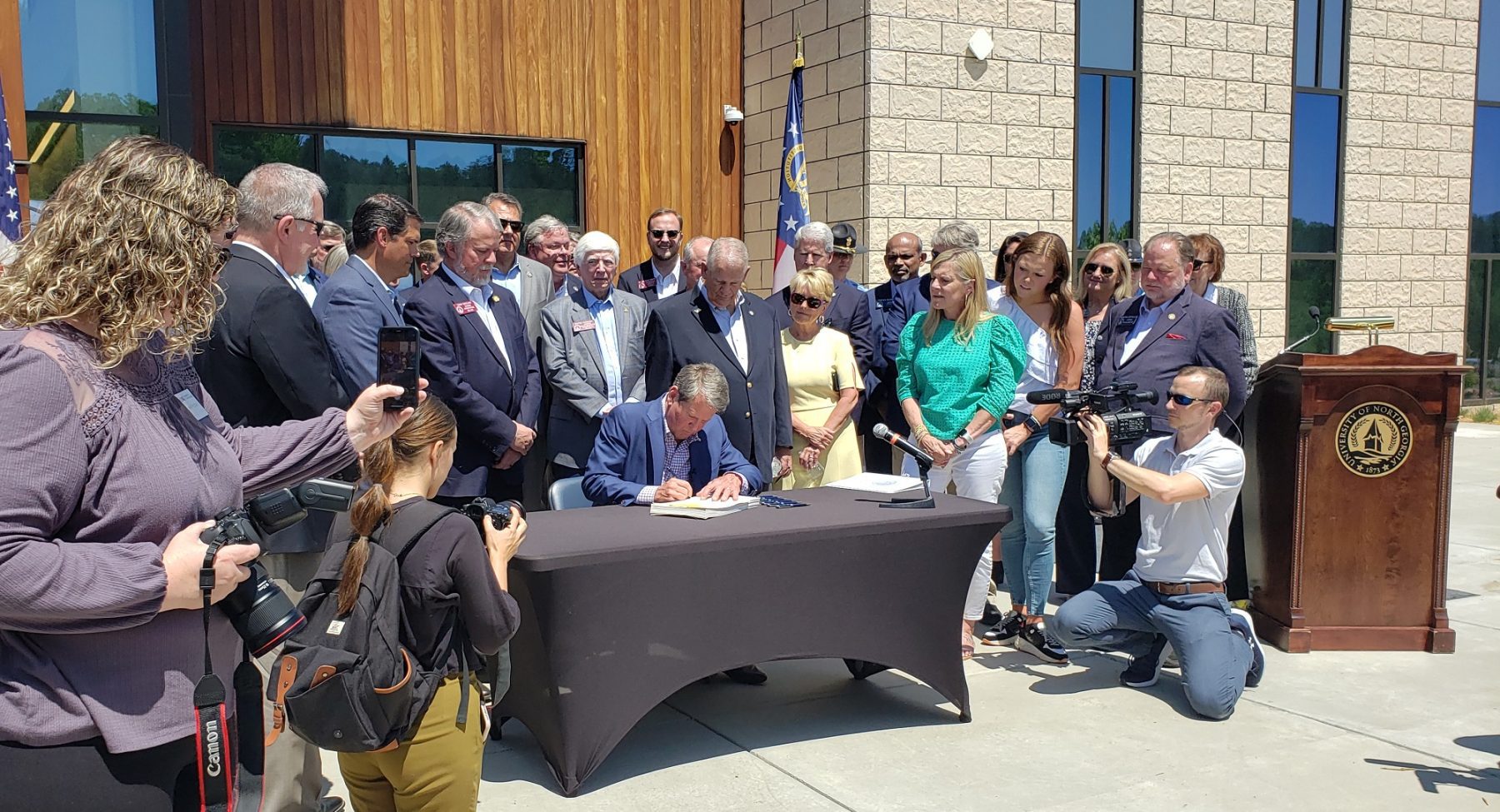 FANNIN COUNTY, Ga. – Members of the state legislature, local governments, Governor Brian Kemp, Speaker of the Georgia House of Representatives David Ralston, and many others joined in celebration at the campus of the University of North Georgia today as the governor signed Georgia’s Fiscal Year 2023 Budget. 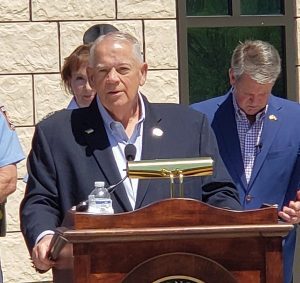 Speaker of Georgia’s House of Representatives, David Ralston speaks at the Fiscal Year 2023 Budget Signing Ceremony at the University of North Georgia on May 12, 2022.

Called a “historic budget” by several speakers, the day saw specific highlights and history for Fannin County and North Georgia. Alongside restorations of austerities for teachers and over $218 million for a cost of living adjustment for full-time employees in the University System of Georgia, this budget holds $2.6 million in funding for Fannin County’s standalone library and $13 million in funding for an expansion of the Blue Ridge campus of the University of North Georgia. This combines with an additional $2 million in the amended Fiscal Year 2022 budget for a total of $15 million to expand the Blue Ridge campus.

These major projects coming specifically to Fannin will see gains along all of the counties along the Highway 515 corridor as the large majority of students who attend the University of North Georgia come from those counties according to Executive Director of the Blue Ridge Campus of UNG, Sandy Ott.

Speaker of the House, David Ralston stated that it was difficult to find support and funding for these projects. Though, he noted that it wasn’t a matter of a number of different projects, but of the amount the state is committing to support these projects. Ralston said he is happy with the work they did on including these in the budget and also for the opportunity to hold the signing ceremony in his home of Fannin stating, “I think it says a lot about Fannin County. It’s for the county, it has nothing to do with me. I just couldn’t be more proud. The whole state is here today. The whole state is looking at us today and it’s a good place to be.”

The University of North Georgia’s Blue Ridge campus hosted Governor Brian Kemp and numerous members of the state legislature as he signed the Fiscal Year 2023 that committed $13 million to an expansion of the campus.

UNG President Bonita Jacobs also addressed how important this budget is for the University of North Georgia’s capabilities. The said the expansion project will allow better access. Jacobs noted that one capacity increase will be for more community events as she said, “I feel very strongly that the campus needs to be very tied into the community and very welcoming to the community. Right now we’re so tight for space. But we’ll have an auditorium, we’ll have an outdoor amphitheater that we can host or the city can come in and work with us and be available.”

Tied into the community has been a key phrase in the evolution of the University of North Georgia in Blue Ridge. With the groundbreaking ceremony of the current campus having only occurred in 2018 when Ralston helped secure $5.5 million for the new Blue Ridge Campus in the 2019 fiscal year budget. Now the state is committing to aid in the expansion of that same campus. Jacobs noted one of the areas that will be aided by the expansion includes medical courses. She stated, “We will be able to add more labs and expand our nursing program and to create much needed nurses for this regions.”

Governor Kemp also asserted the importance of education, health, and the care for citizens both physically and mentally as he spoke about the budget. Kemp stated, “This budget improves both the quality and access to education across the board. Between the amended budget I signed earlier and this one, we are investing more per K through 12 student than ever before in the history of our state.” 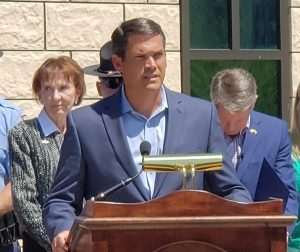 Lieutenant Governor Geoff Duncan praised this year’s budget and the UNG campus as a step towards initiatives for Georgia leading the nation into it’s future.

Georgia’s Lieutenant Governor, Geoff Duncan also praised both the budget and the investments into education like the UNG expansion saying, “I am certainly, personally, grateful for the effort and focus in this year’s budget on a couple of those initiatives that we have worked hard on in the Senate over the last few years. One is, I want to chase this dream of being the technology capital of the east coast. Certainly, a facility like this allows us to take on that and educate the 21st century global economy right here.

Kemp said after the ceremony that he has pushed for ways to aid Georgians in fighting the inflation and economic stress of the current presidency. Kemp stated, “What we’ve done at the state level, in conjunction with the Speaker, the Lt. Governor, and the Legislature, is try to give Georgians the ability to fight through 40-year high Biden inflation that we’re seeing right now because of bad policies.” Kemp noted the additional tax return money, cutting the fuel tax, and waiving some limits on trucks to help with supply chain issues as just a few of those efforts. 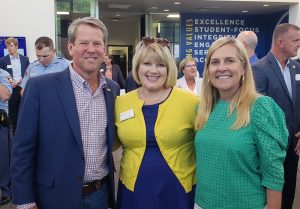 Alongside these statewide effects and reach of the signing ceremony for the Fiscal Year 2023 budget, the “historic day for Fannin County,” as Ralston called it, represents a commitment to the county for improving education at all levels, through the university expansion and support for the library in the city of Blue Ridge. Ralstion’s support for the expansion of the campus comes not only as a representative of the district in Georgia, but as an alumnus of the University of North Georgia.

The sentiment of the historic nature of the day for Fannin was echoed by many of the college’s representatives including Sandy Ott who said, “We are so thankful for Speaker Ralston’s support of this campus and University to allow us the opportunity to have this impact locally. Speaker Ralston is a tremendous supporter and his support is going to make a difference for students and their families in the community for years.”