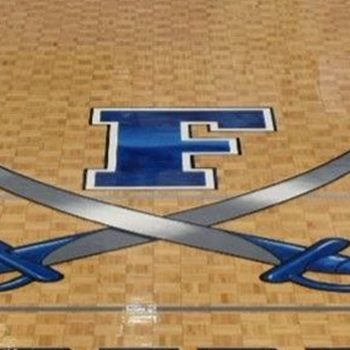 The Fannin Co. Rebels basketball teams come into the season led by head coach Bryan Richerson. The Rebels are coming off of a tough year and are looking to bounce back this season. They have talent and are starting to come together as a team and very well could be a surprise contender in a tough 7AA region.

Last year was a struggle for Fannin Co. in the win loss column but you could see the potential and promise of the group. They lost Kaeden Twiggs who was first team all region and Tucker Hanson who was second team all region. The Rebels went 6-12 last year and 4-8 in region play. They had five different games that they lost that were under 10 points though. Consider if they win those five games and all of sudden your talking about a team that went 11 and 7 last year. As well they showed the ability to beat some good teams, like when they beat 3rd place in the region and playoff qualifier Dade Co. last year. This tells us that this team very well could be close to taking a big step forward.

The Rebels have two returning starters in Landon Norton and Jordan Bennett. Both players are seniors and will be captains for this year’s squad. They should be expected to lead the Rebels not only leadership-wise but also be very impactful statistically speaking. Chasen Ethington is a player whose family has moved to Fannin Co. after spending time on the mission field in Israel. He is a very promising junior who could really help shoulder some of the scoring load for the Rebels. A junior Bryson Wright and a sophomore Will Jones will likely round out the starting five for Fannin Co. The plan though is to give a lot of guys playing time early on in the season. The Rebels definitely want to play up tempo especially on defense where they hope pressure can force the other team to make mistakes.

-Tournament to start the year hosted at Fannin Co. high school. Fannin Co. will play three games starting on November 20th. They play Copper Basin on the 20th, Gilmer on the 22nd and Pickens on the 23rd.

-Away at the Murphy Bulldogs on December 4th.

-Host Model at home on December 7th and away at Model on January 21st.

-Home against Union Co. on December 11th and away at Union Co. January 25th.

Full Schedule can be found at: https://www.maxpreps.com/high-schools/fannin-county-rebels-(blue-ridge,ga)/basketball/schedule.htm

Coach Richerson said the yearly goal needs to be trying to win a region championship and hosting a playoff game. Yet if that cannot happen, starting with making the playoffs and taking positive steps forward. Fannin really does have some talent and coming into coach Richersons third year as head of the program expectations are starting to rise. Fannin should really stand a good chance at making the playoffs this year. Then once you get to playoffs you take it one game at a time and see what happens.