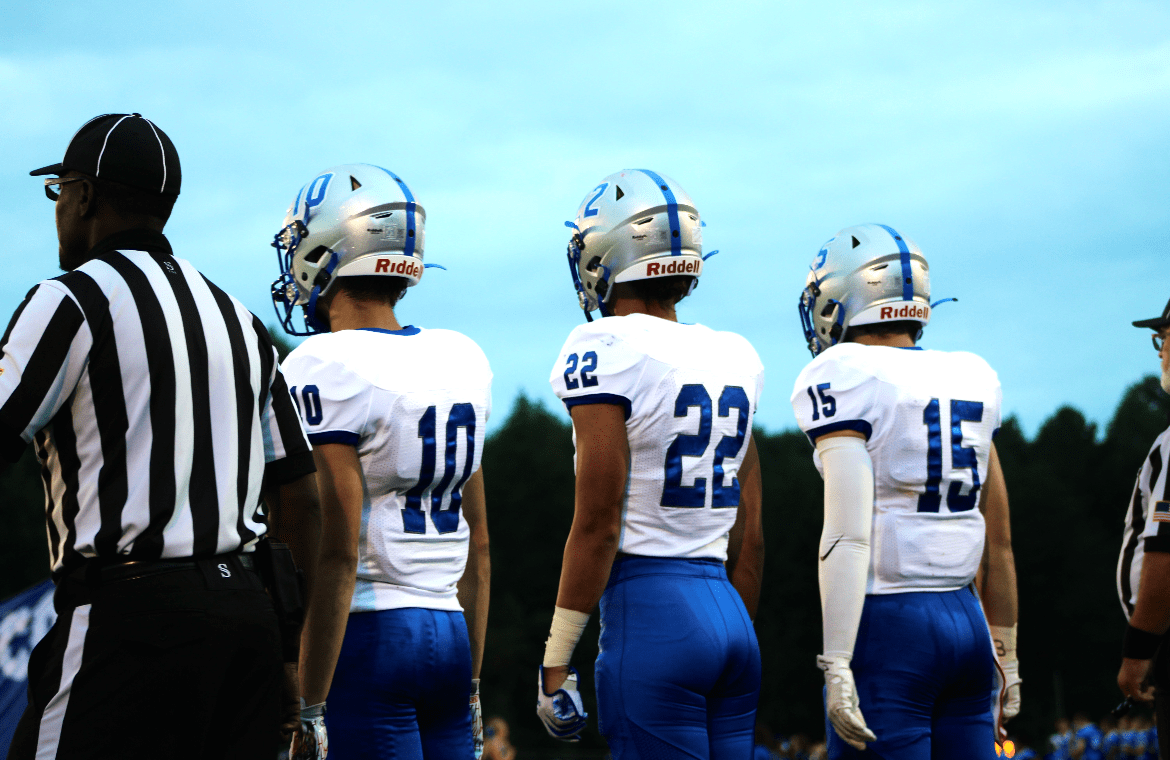 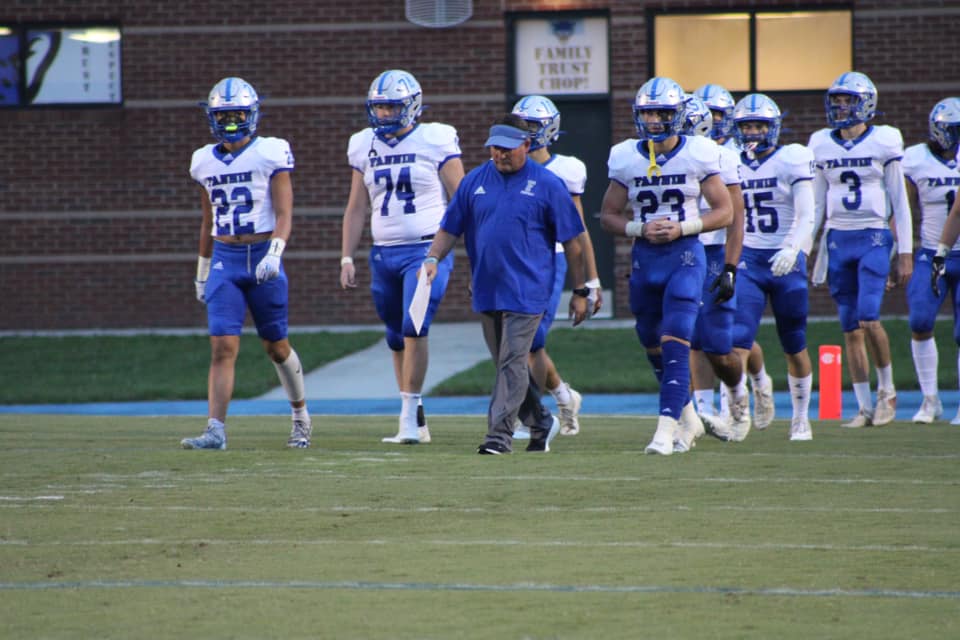 Coach Cheatham leads his team onto the field.

Banks County won the toss and elected to receive. Both defenses played extremely well in the 1st quarter and both teams would flop field position.

Austin Garland would get the Fannin County faithful off their seats with 7:45 left in the 2nd quarter with the Rebels facing 3rd down and 5 from their own 25. Garland had a 20 yard run as the Rebels approached midfield. Seth Reece would find Sayer Moreland for a 38 yard gain all the way down to the Banks 12 yard line. Cason Owensby would get in the end zone for a Fannin Touchdown to make it 7-0. Jack Kantner would kick a perfect onside kick and the Rebels would recover. Seth Reece would find Carson Collis for a 30 yard pass. Austin Garland would take it in for a touchdown on the next play from 1 yard out. 14-0 Rebels. 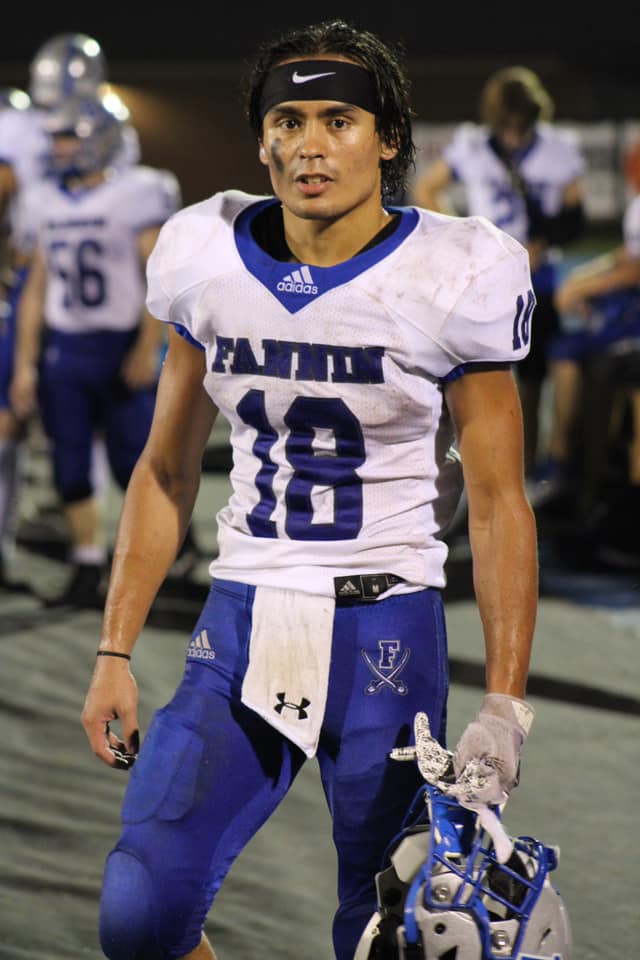 Bryan Stiles would come up with a big sack on the next drive for Fannin on Defense and Banks County would punt the ball back to Fannin.

Carson Collis would fumble the football for Fannin and Banks County would recover. The very next play, on defense, Collis made up for it by forcing a fumble and Cason Owensby recovered. Fannin was unable to get the ball in the end zone before the end of the half.

Fannin would score on their 1st drive of the quarter. Seth Reece would pick up a 43 yard gain on the ground but did fumble. The ball would roll in the end zone and Corbin Davenport would recover for a Fannin County Touchdown. The Rebels Defensive Line played well all night. Jeremey Tammen made several big plays in the backfield along with Nate Maloof.

The next drive for Fannin on Offense, Seth Reece would find Carter Mann for a 38 yard touchdown pass.

Players Of The Game 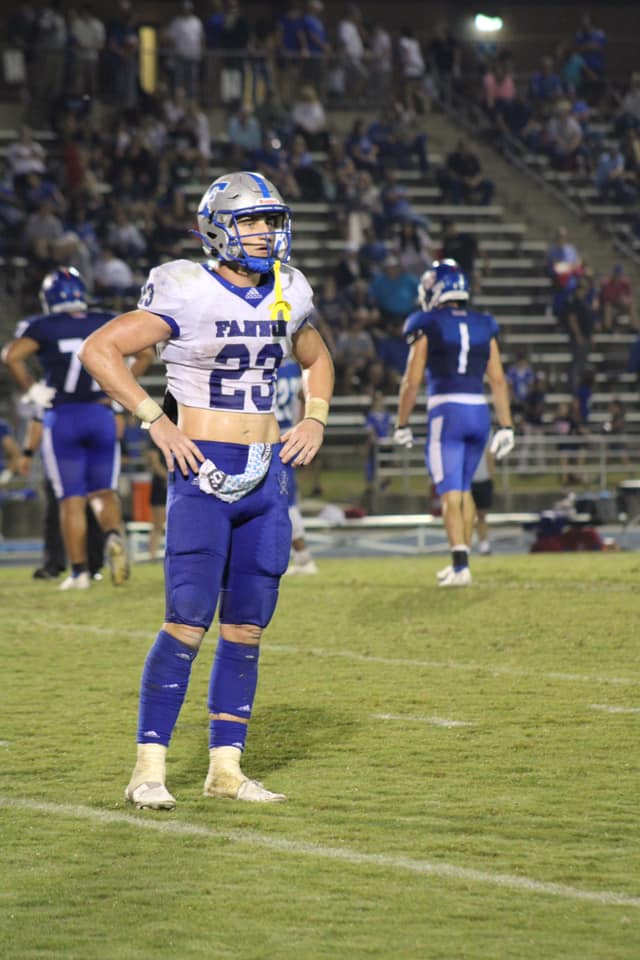 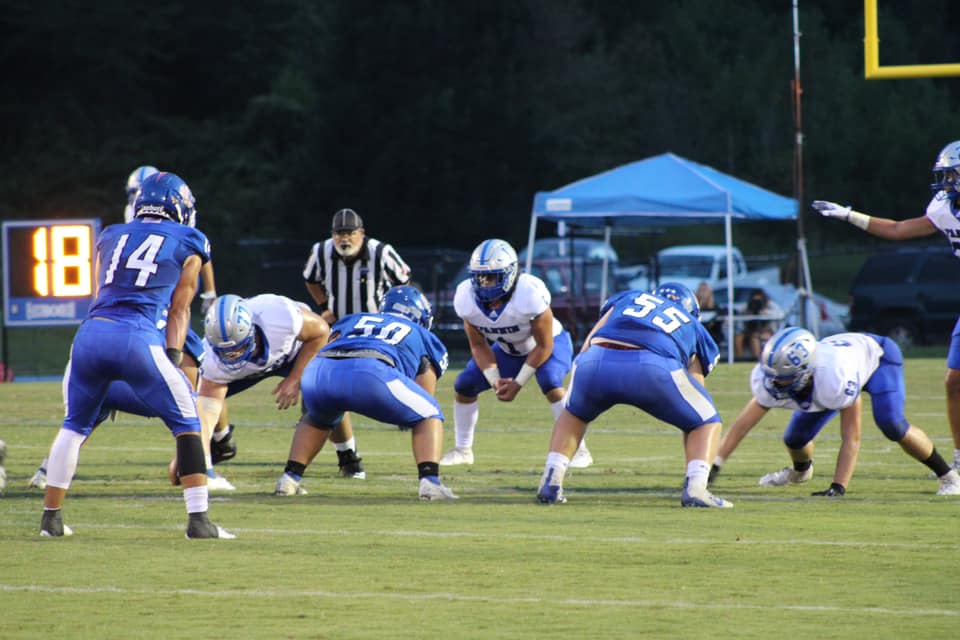 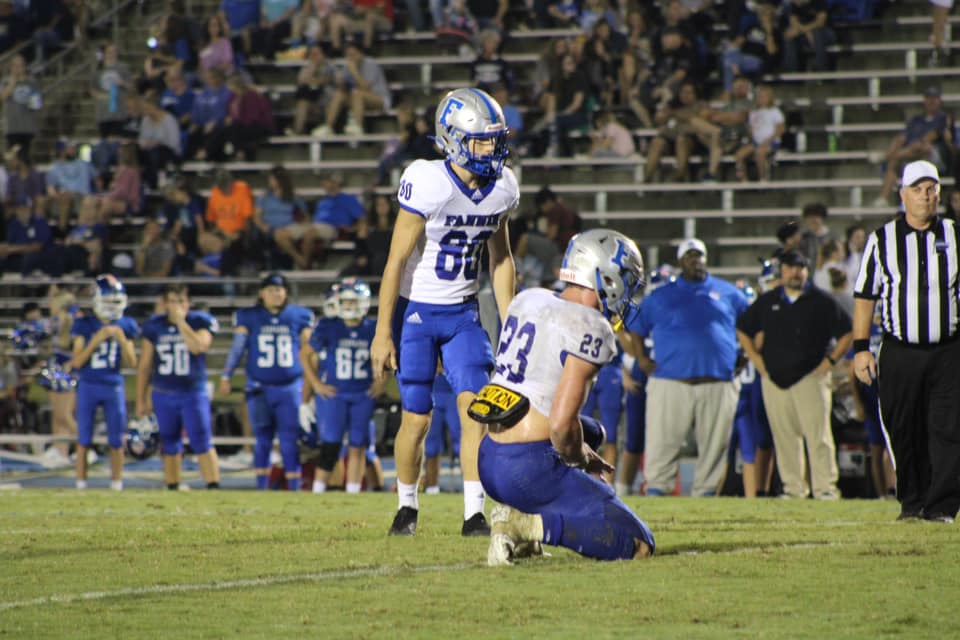 The Rebels will travel to Gordon Central to start region play. Kickoff is 7:30pm