Blue Ridge, Ga. – City Council voted to override the Mayor’s veto of new height restrictions to be placed on future construction in the Central Business District (CBD) of the City of Blue Ridge.

The most current ordinance that stood regarding building height placed the restriction at 60 feet. The new ordinance brings the height restriction down to 41 feet (35 feet with up to an additional 6 feet to act as a buffer for any mechanical components that accompany the building).

At the June 8, 2021 City Council meeting all council members voted unanimously in favor of the 35 foot height restriction in the CBD after the recommendation of 35 feet came from the Planning and Zoning Commission. 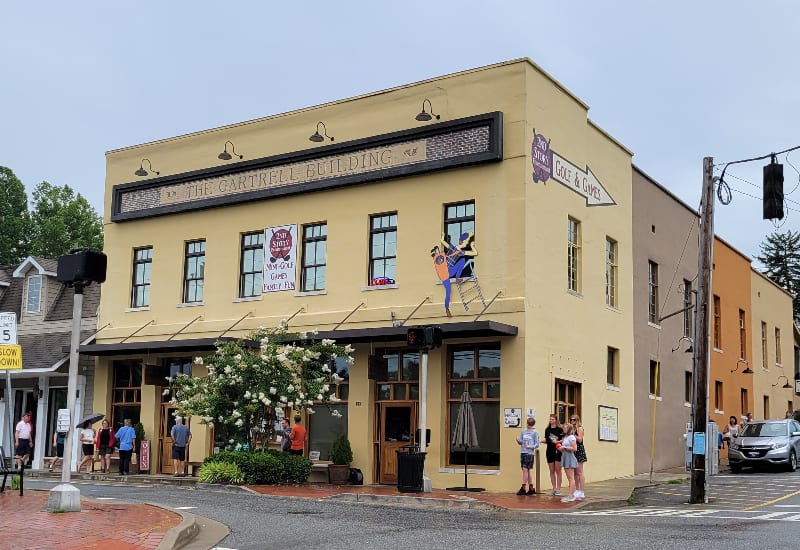 The Gartrell Building is one of the taller historical buildings still remaining in the CBD.

Mayor Donna Whitener vetoed the council’s vote on this height restriction and released a letter to the public explaining her stance.

Among her reasons explained Whitener stated :

“Two different Zoning Administrators have proposed numerous times to reduce the height on buildings in the CBD area to 45 ft. While I am not in favor of the 60 ft height, it is my opinion that the 35 ft suggestion might not be adequate either.”

During the July 13, 2021 City Council meeting, zoning was a major topic of discussion with the proposed Town Hall Meeting on the subject being canceled last minute due to lack of adequate notice.

Whitener expressed that the height restriction could devalue current properties and felt that council and zoning should seek further training and guidance on the matter before making such a drastic change to the ordinance.

“I really feel like it needs to be looked at and evaluated and we need to come up with a good number so that we’re not battling lawsuits,” Whitner stated of her decision.

“Our Zoning Administrators have both recommended 45 feet” Whitener added, “With that I also feel like if we are going to do a reduction we need to talk about mechanicals being on top. I do think you should have a parapet wall, as we’ve discussed a little bit.”

A parapet wall is an extension of a wall at a roof line. This is often used to hide rooftop mechanics for aesthetic purposes.

Overall Whitener proposed looking into making the ordinance reduction from 60 feet to 45 feet.

Council member Mike Panter addressed Cindy Trimble, a member of the Planning and Zoning Commission, asking her if her recommendation of 35 feet still stood after all that she had heard during the meeting.

“I still stand where we voted, 35 feet, plus the addition for the equipment,” Trimble replied, also stating that she felt the 6 foot addition would be enough to cover any mechanics on a roof.

Council Member Rhonda Haight brought an end to discussion saying to Whitener, “You’re more concerned about the values and properties downtown, not about the aesthetics and not about what the people want.”

Haight motioned for the veto to be overridden and council voted unanimously in favor, with Council Member Harold Herndon not present to vote.