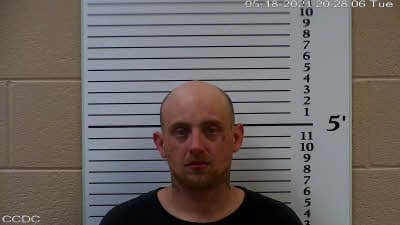 On May 18, 2021 Detectives with the Cherokee County Sheriff’s Office conducted a traffic stop on vehicle occupied by Cable. During the traffic stop the detectives developed probable cause and conducted a search of the vehicle operated by Cable. During the search of the vehicle a trafficking amount of methamphetamine was seized.

Cable was arrested and is currently incarcerated in the Cherokee County Detention Center under a $215,000.00 secure bond for Trafficking in Methamphetamine, Possession with Intent to Manufacture, Sell, or Deliver Controlled substances. Cable was also arrested for two Failure To Appear charges from a previous arrest. Cable has made his initial appearance in Cherokee County District Court.

Sheriff Derrick Palmer stated “We continue our struggle in fighting the drugs that are coming into Cherokee County. Each arrest helps in that fight as well as information provided from our community.”