“We’ve got over 60 governments that we handle insurance for and the reality of it is, we know when an increase hits, it’s very significant to our local governments. A lot of times the employees can’t bear it and we know that the governments are struggling to find the money to cover it. So, we put a lot of thought and a lot of effort into making you that we’re taking care of you guys the best we can,” MSI Representative Matt Bidwell stated.

Human Resources Director Jessie Hall explained that the insurance broker didn’t affect the plan quotes. Insurance companies would provide the same rates to any broker, depending on last year’s claims and census data.

The total cost for the county would change depending upon the broker’s compensation rates or broker fees. MSI has a 2.5 percent fee. Total Insurance was currently charging the county 5.28 percent in fees. Partners Benefit Group an affiliate of Kevin Panter Insurance didn’t provide an exact fee.

The second tier focused on wellness incentives and provided those enrolled with a Fitbit to track their habits. It also could save families around $273 per year. However, only 52 people enrolled in option 2 out of the 176 employees enrolled. 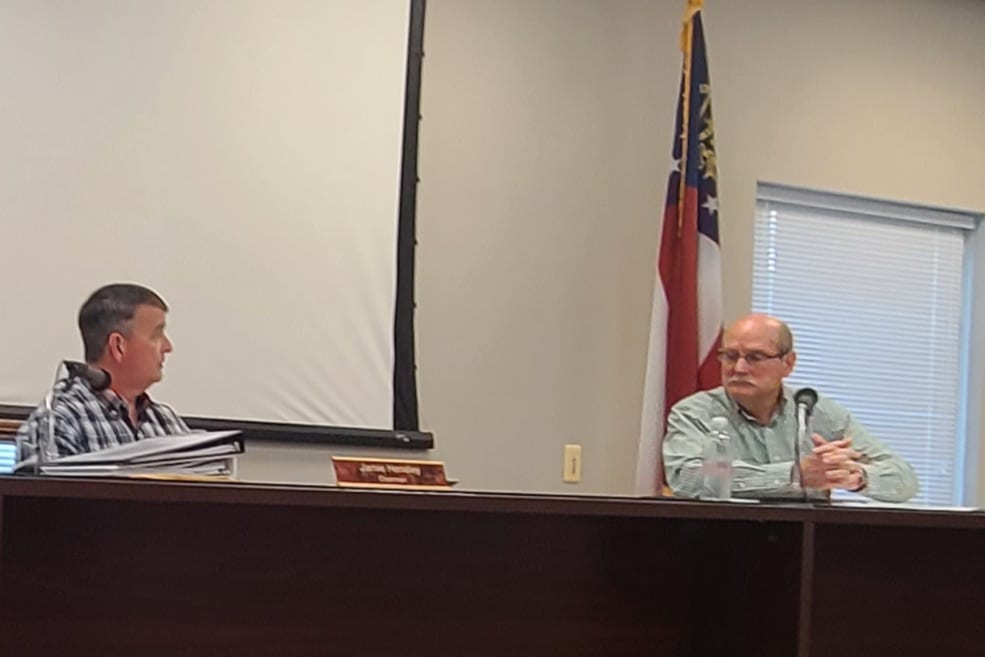 Chairman Jamie Hensley told Total Insurance that he’d “been here since January and [he’d] hadn’t seen anything” pertaining to option 2 or the motion plan for health insurance.

The commissioners agreed that tiered options might benefit all employees based on their healthcare needs. They also wanted more information about the previous administration’s decision to put a spousal carveout and tobacco penalty in place.

Several companies instituted a working spousal carveout as costs continue to rise. If the spouse of a county employee has access to health insurance through their place of work, then they are encouraged to take that plan first. However, spouses without insurance could be added to the county plan.

As for the tobacco penalty, all three insurance brokers advocated for an incentive-based plan like an extra day off for those who stop smoking, lower blood pressure, or lose weight.

Hensley commented that he didn’t know of anyone who quit smoking because of the tobacco penalty which raised tobacco user rates by $50.

Hensley also went on the record to ask Kevin Panter if he ever promised him anything during campaign season, and Panter confirmed that he did not.

During the regular meeting, the commissioners voted on the 2021-2022 insurance broker. Post Two Glenn Patterson abstained from the vote. Hensley made the motion for MSI with the stipulation that the contract could be canceled within a certain timeframe if necessary.

MSI will present insurance plans and quotes for the 2021-2022 year.