Blue Ridge, Ga. – Dr. Scott Ramsey will be Fannin County High School’s new Principal after the Board of Education (BOE) voted 3-2 in favor of the hire for the 2021-22 school year. 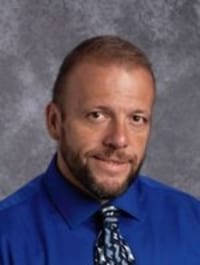 The search for Principal of Fannin County High School began in 2020 with then Principal Erik Cioffi giving his resignation.

Cioffi resigned in August of that year after accepting the position of Assistant Superintendent of Human Resources and Personnel with a school system in Massachusetts.

“This move allows us to be closer to our immediate families in New England,” Cioffi said of his decision, adding, “I was born and raised in Massachusetts so I will be returning home.”

The search for a new high school Principal came to a brief halt as the BOE voted to name Debbie Decubellis Interim Principal. At the time Decubellis had been serving as Interim Assistant Principal of West Fannin Elementary.

In a special called meeting held on Friday, April 30, 2021. The BOE voted in favor of moving Ramsey into the position of Fannin County High School Principal.

The vote was 3-2 in favor of the move, with Board Members Chad Galloway and Bobby Bearden voting in opposition.

Ramsey is currently employed as an Assistant Principal at Fannin County High School and has served the school system previously in the role of Athletic Director.