Blue Ridge, Ga. – The May meeting of the Blue Ridge City Council could see a motion to investigate uncollected taxes with the blame being laid on Mayor Donna Whitener and Finance Director Alicia Stewart.

Council Member Rhonda Haight read from a prepared statement during the April meeting. Haight wanted to go on record to clear her name of any matters relating to the delinquent taxes owed to the City.

“I do not want to be associated with delinquent taxes,” Haight stated adding, “I had no knowledge and most of the council members did not.” 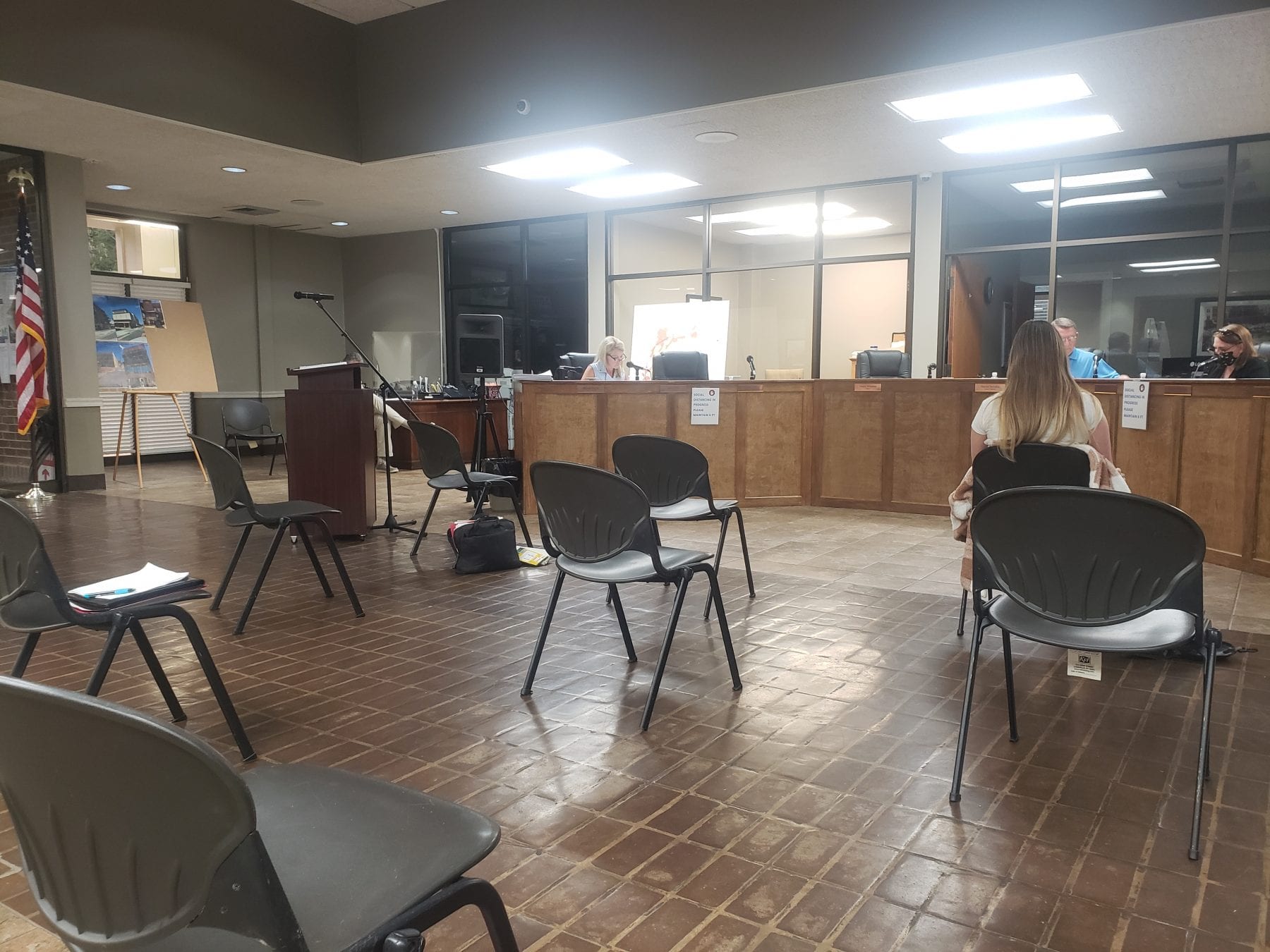 The issue of delinquent taxes haven been seemingly swept under the rug was brought to the public’s attention late last year after Council Member Mike Panter attended a City Finance meeting.

Records showed that the City had not pursued collection of these taxes from as far back as 2010.

Haight questioned, “Why was the city council not told about this? I’ve gone over 10 years of budget that I have on file. It’s not in a budget.”

Panter did counter this statement later in the meeting by saying that the financial meeting that he attended was held annually and that a council member had always been present during these meetings.

Haight reached out to Tracie Jo Bracken, Audit Engagement Partner with Welch, Walker and Associates, to try to find answers as to why council was never made aware of the issue.

According to Haight, Bracken stated that the issue of uncollected taxes “was not pinpointed and not included as an item of concern in the budget” but that Braken had discussed the matter in exit interviews with the Whitener and Stewart and had recommended Fi. Fa.

“Fi. Fa. is a tax lien or writ, authorizing the Sheriff or Ex-Officio Sheriff to obtain satisfaction of unpaid taxes by levying on and selling the delinquent taxpayer’s property.”

In order to pursue Fi. Fa. council members would have to grant approval.

Haight went on to cite sections of the City Charter, specifically Section 2.2 and 3.2.

According to Haight, “Under Section 2.2 the Charter states that the Mayor is to submit the council at least once a year a statement covering the financial conditions of the City and from time to time such information as the City may request” and under Section 3.2 “the neglect to perform duties is cause for removal”.

Haight claims there is cause for Whitener to be removed by not disclosing relevant information to council and not fulfilling her duties to uphold the Charter shown by example of the City not having a Treasurer.

Haight suggested hiring an independent consultant to look into the matter and also suggested putting standards into place so that this would not occur in the future.

Fitts went on to say that he personally believes that the Mayor should resign over the issue. Fitts would like to put to vote the investigation of the matter not only for accountability to the public but to also show which council members “are supporting what’s right and what’s wrong”.

FYN spoke with Whitener, who was not present at the meeting during the discussion of delinquent taxes.

Whitener said there were a number of considerations to look into when going over the delinquent taxes and gave the example of businesses who had gone out of business but had failed to remove themselves from the digest.

“We’ve been within our range,” Whitener said, explaining that municipalities have a range of projected collections.

“I hate it. I hate it for the people of Blue Ridge,” Whitener replied when asked about the latest allegations and arguments. “Their worries are not who likes who. Our citizens deserve to have a community where they feel like they can approach their leaders and be able to get good answers. We’re here to serve. We’re not here to fight.”