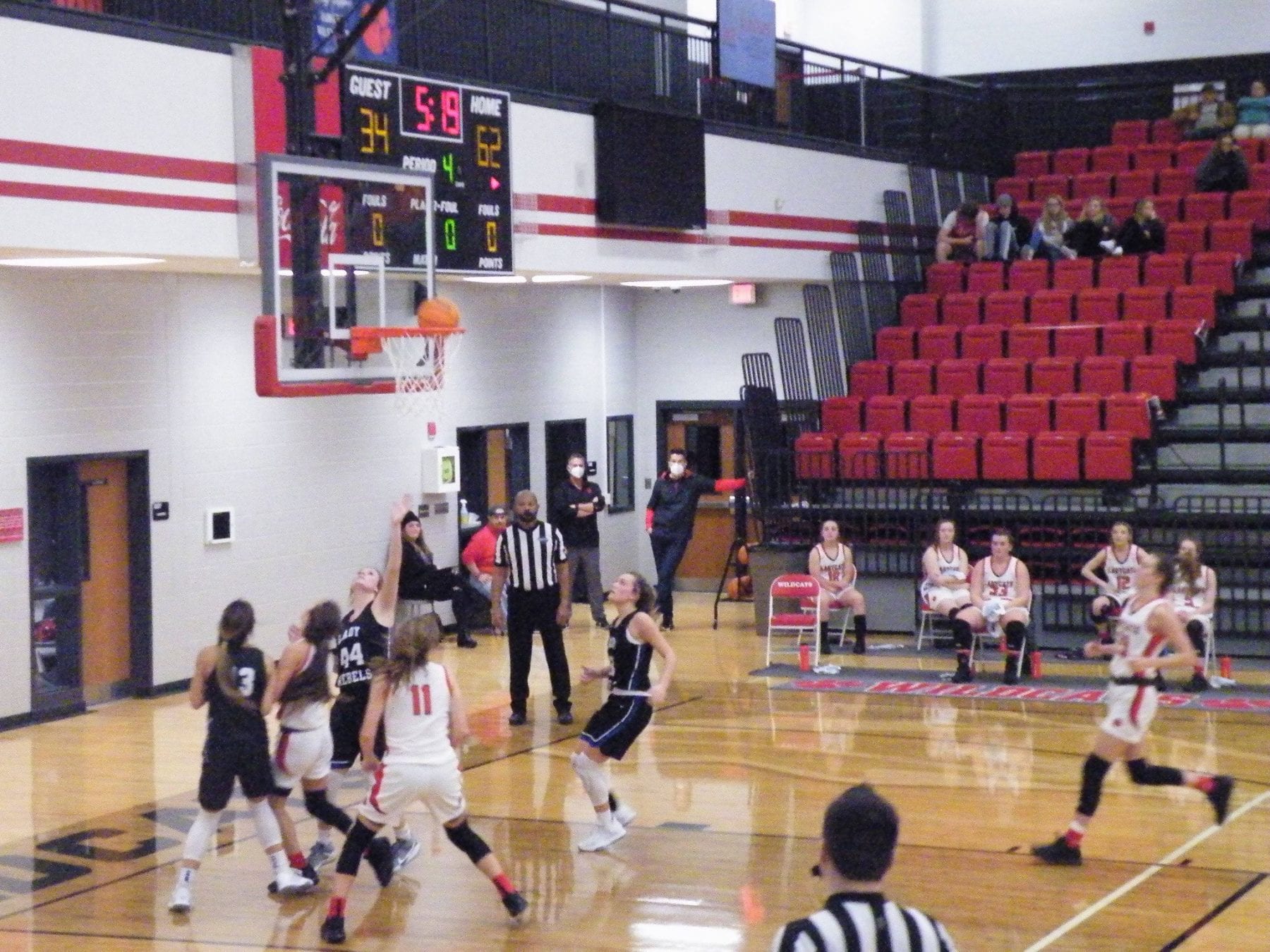 Last night, the Lady Rebels traveled to Rabun County to take on the Lady Wildcats who are ranked second in the state. Despite their best efforts, Fannin was unable to claim a victory against the Wildcats.

Rabun County started off with an early lead as they were on fire above the key with three point shots. Becca Ledford was the first to put points on the board for the Rebels as she drew a foul and made her shots. Ledford was the one to lead Fannin in scoring for the night with 16 points overall. Abby Ledford also got after it as she drew a foul and contributed a point from the free throw line. The Wildcats continued to make their way to the basket and advance their lead to end the first quarter with a score of 19-6.

Reagan York showed off her hustle as she drove to the basket and contributed 10 points to the Rebels score. Despite Rabun’s tight defense, Courtney Davis was able to make her way to the basket and put eight points on the board. The Wildcats continued to create open passes around the key and added more points to their score as they went into halftime with a lead of 35-18.

Fannin had good looks down low in the second half where they found Olivia Sisson who added a basket of her own to the Rebel’s score. Mackenzie Johnson showed off her grit as she got after it and drove the lane to make a layup for Fannin. While Fannin had luck to their posts on the block, the Wildcats followed suit and added onto their score to put the score at 62-30.

Ava Queen made her mark in the fourth quarter as she came into the game and scored four points for the Rebels on the block. Although Fannin never gave up, the Wildcats were able to close out the game with a 66-43 victory against the Rebels. Catch the Lady Rebel’s next game at Chattooga next Tuesday, starting at 6pm!