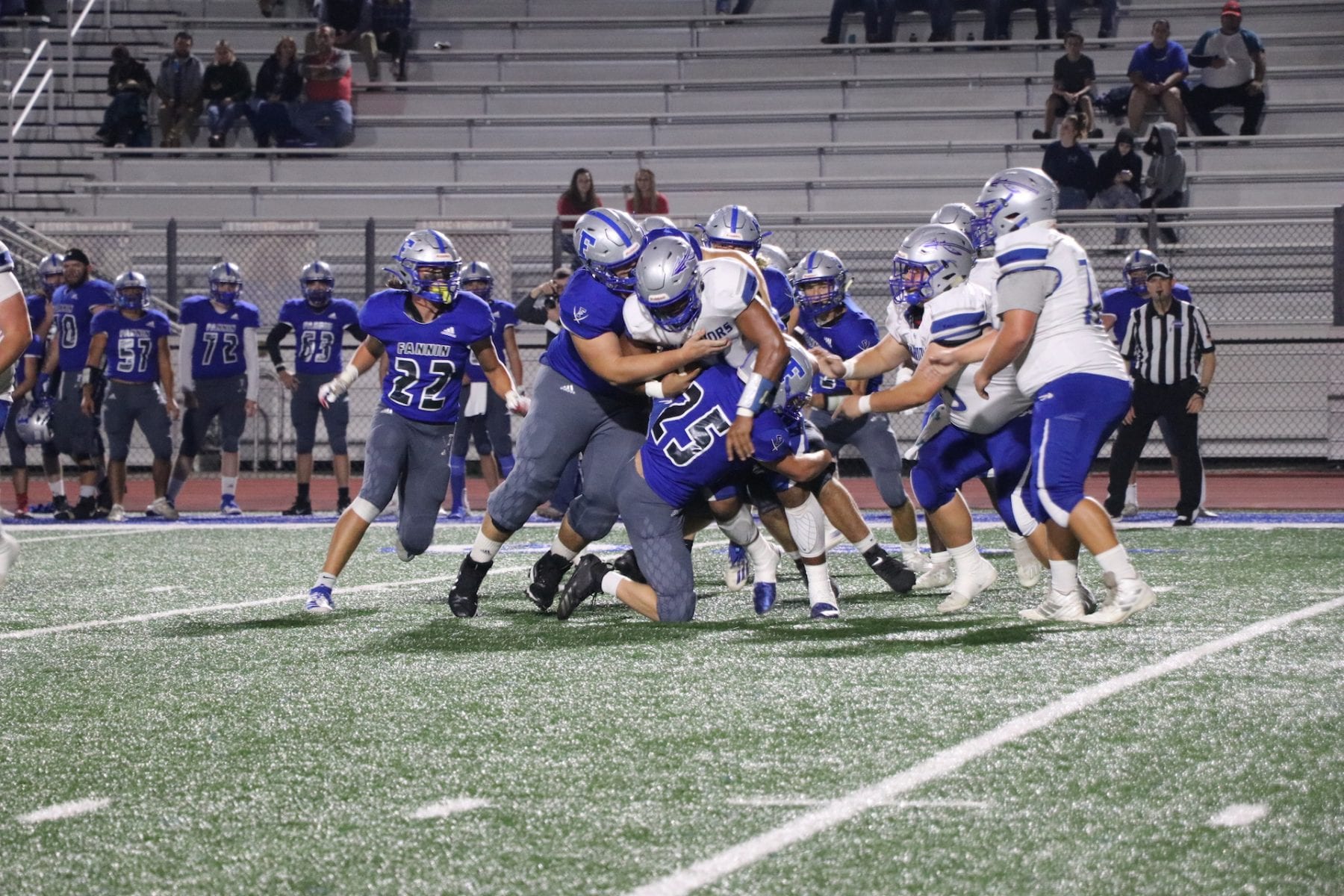 Timestamps for the highlight plays in the video above are bolded in the article below.

Fannin County (3-0,0-0) hosted The Gordon Central Warriors (1-3, 0-0) on a rainy Friday night in the first region matchup of the year for both teams.

Fannin has started the season off in the best way possible, beating Union County for the first time since 2007 and dominating both Southwest Whitfield & Banks County.

Gordon Central has started the season off with a rough start losing to Woodland, Northwest Whitfield and Gordon Lee and only beating Southwest Whitfield.

Fannin got off to a great start, scoring on the very first play of the game. Starting Quarterback Luke Holloway throwing a short pass to Wide Receiver Jalen Ingram and Ingram taking it 55 yards to the house.(0:00-0:15)  The Rebels defense started off strong only allowing Gordon Central to gain 5 yards on their first drive, followed by a blocked punt that was picked up by the Rebels and walked in for the touchdown. (0:15-0:20) The Rebels continued dominating the game on both sides of the ball, with another score on their next offensive drive with a 9 yard touchdown run by Caleb Postell. (0:21-0:33)

Late in the first quarter, Gordon Central started to gain some momentum offensively led by starting quarterback Tre Williams & Jordan Boone. The Warriors picked up a few first downs and was moving the ball with ease. At the beginning of the second quarter, the drive came to an end due to a fumbled handoff recovered by the Rebels around midfield.

In the second quarter, the Rebels kept their foot on the gas, scoring 3 quick touchdowns. Luke Hollloway found Andre Bivens for a long touchdown pass (0:34-0:46) & then found Cohutta Hyde on the next drive for a 30 yard touchdown. (0:47-0:59)  The next offensive drive Luke Holloway threw a short screen pass to Cohutta Hyde and he took it 35 yards to the house. (1:00- 1:11) If you thought Fannin was gonna let off the gas, you thought wrong. The next drive by Gordon Central ended with an interception by Andre Bivens and he ran all the way down to the 4 yard line. That was followed by a 4 yard touchdown run by Seth Reece. (1:12- 1:22) The Rebels led the Indians 49-0 at halftime.

The Rebels defense started off the 2nd half with a fumble recovery taken for a touchdown to make it 57-0. (1:23-1:43) The Rebels defense held their ground the entire game and played as well a game as the coaching staff could have asked for. The Warriors did eventually score late in the 4th quarter but missed the PAT to make the final score 57-6.

Fannin County is now 4-0 and they will travel to Pepperell to play the Dragons next Friday.