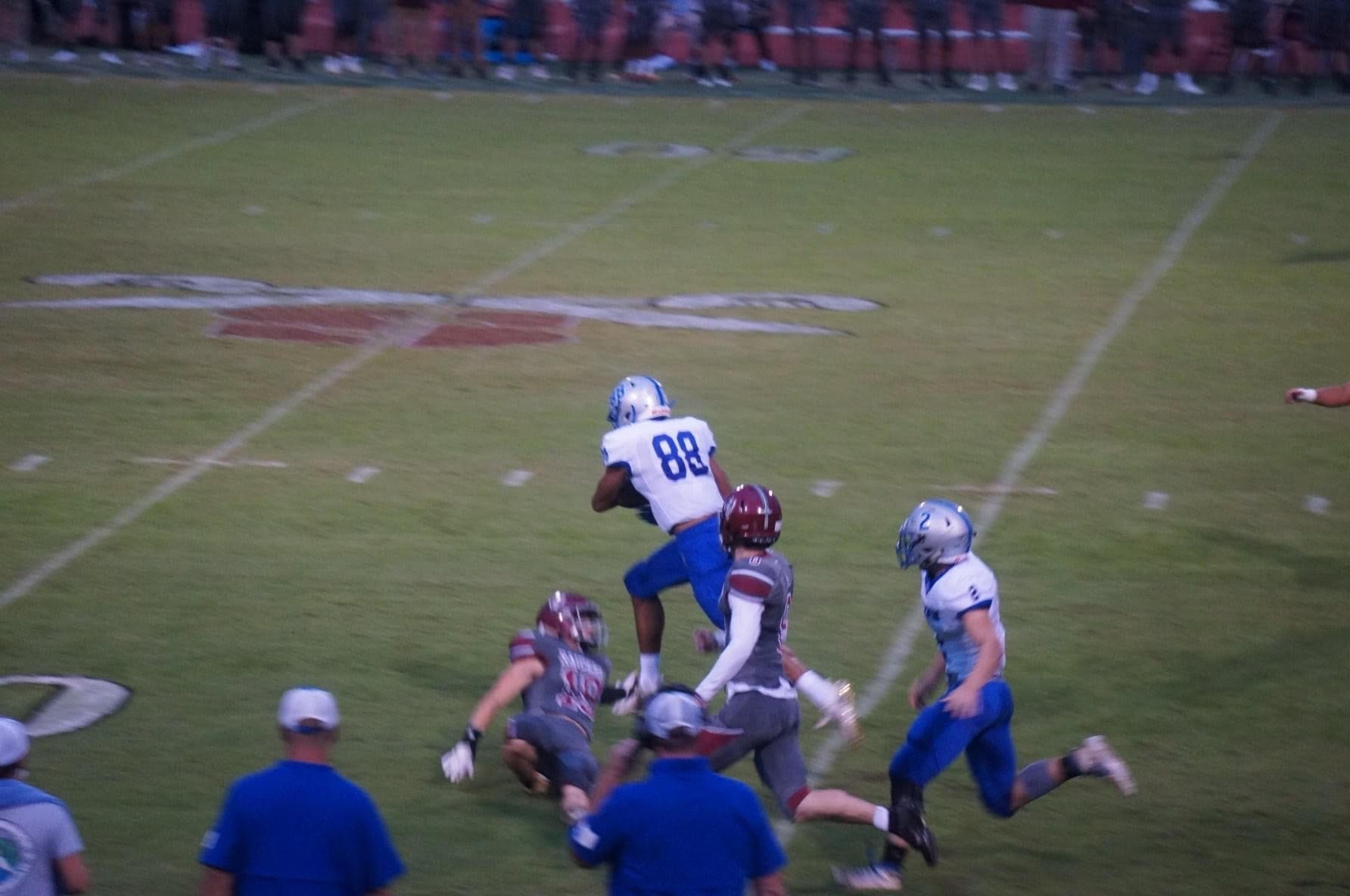 The Rebels were back in action this past Friday (Sept 26th) at Southeast Whitfield after 21 days between games. Fannin was unable to play against Gilmer County on Sept 12th due to Covid protocols. September 19th was an original bye week scheduled for Fannin.

Fannin walked out on Friday night led by Head Coach Chad Cheatham, Mason Bundy and Dalton Ross. Cohutta Hyde was the lone captain at midfield for the Rebels. Fannin won the toss and elected to receive.

On the 2nd play from scrimmage, Quarterback Luke Holloway found Jalen Ingram for a 78-yard touchdown pass, but it was called back via a holding penalty. 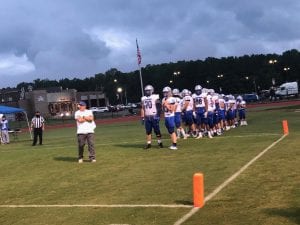 Later in the 1st, Southeast would put together a decent drive. Driving all the way down to Fannin 1. The Rebels would have an amazing goal line stand with a big tackle by Logan Long.

Fannin would go 99 yards on the following drive highlighted by an 80-yard pass from Holloway to Jalen Ingram. This time there were no flags and Fannin took a 6-0 lead with 1:55 left in the 1st.

The 2nd quarter and the remainder of the game would be all Rebels. Luke Holloway connected with Jalen Ingram through the air again to go up 14-0 with 8:25 left. Ingram would add another catch on the 2 pt. conversion.

Fannin would add another touchdown pass through the air via the Holloway/Hyde connection from 35 yards out. The extra point was good making it 21-0 Fannin with 6:08 left in 2nd.

Running Back Caleb Postell would get in on the scoring party for the Rebels on the next drive making it 28-0 Fannin and that would be your score heading into the half.

Jackson Davis would score his 1st touchdown of the season on the ground for the Rebels making it 42-0 with 5:53 left in the 3rd. 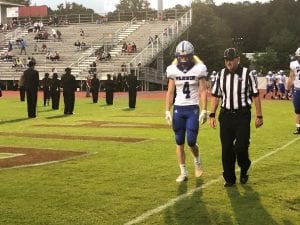 Carter Mann checked in at quarterback for Fannin and engineered a scoring drive halfway through the 4th. Mann found the end zone on the ground with 5 minutes left in the 4th to make it 48-0.

What you see so far in this article is all offensive stats.

What you don’t see is defense.

Fannin’s varsity defense only allowed 17 yards of total offense on Friday night. The Southeast Raider offense only had 96 total yards on offense.

The linebacker trio of Micah ONeal, Cason Owensby and Andrew Waldrep led the way for Fannin with 29 tackles combined. Dalton Ross and Tommy Ledford each had a sack on the night for Fannin.

Carson Collis had an interception and a fumble recovery for Fannin.

Fannin will host their 1st game of the 2020 season Friday night (October 2nd)  as they welcome the Banks County Leopards. This will be the 1st game for Head Coach Chad Cheatham against his former team.

Kickoff is set for 7:30 and it will be Homecoming for the Rebels. This will be the 11th all-time meeting between Fannin and Banks. Fannin leads the series 6-4