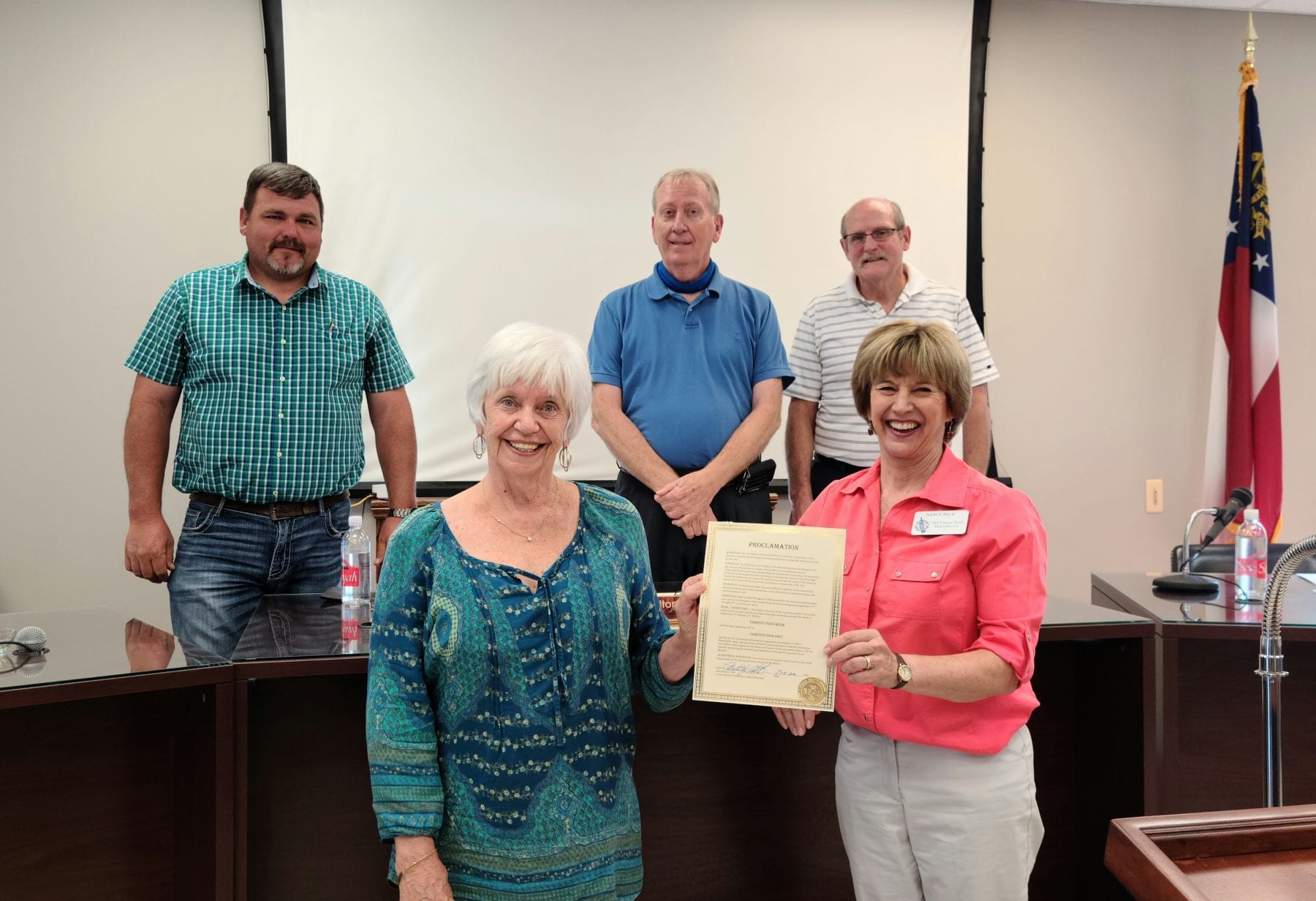 The Old Unicoi Trail Chapter of the Daughters of the American Revolution presented the resolution to the board of commissioners during the September 8 meeting.

The document brought attention to the principles of limited government, guardianship of citizens’ liberties, and encourages the study of the Constitution.

In 1955, DAR petitioned Congress to set aside September 17-23 annually to be dedicated for the observance of Constitution Week. The resolution was later adopted by the U.S. Congress and signed into public law on August 2, 1956, by President Dwight D. Eisenhower.

The aims of the Constitution Week celebration are to:

A school in Iowa first recognized Constitution Day in 1911, and in 1917, the Sons of the American Revolution began a committee to promote the holiday. The committee included President Calvin Coolidge, John D. Rockefeller, and General John Pershing as members.

The present holiday came into being in 2004 as an amendment to a spending bill. It renamed Citizenship Day as Constitution and Citizenship Day. The law also mandates that all public schools and federal agencies offer programming on Constitutional history on that day.