Blue Ridge, Ga. – The Fannin County School System (FCSS) unveiled two new structures that if voted for, could replace outdated buildings and give much needed space back to the Fannin County school campuses.

The Board of Education got a first look at possible design plans for a new Transportation Facility and a Staff Development Center.

Last year the school system purchased land from the U.S. Forest Service that the service had deemed not necessary for their use any longer. The land, approximately 37 acres, is located near Blue Ridge Dam off of Highway 76.

Darren Danner, Assistant Superintendent of Facilities and Operations, explained the history of the purchase and the need for the proposed new buildings.

“We’re trying to build a transportation facility,” Danner said, explaining that currently the district has to service their fleet in a “bus garage” which lacks the space for efficiency when servicing a large number of buses.

The Staff Development Center would fill a need for the school system, as currently different rooms around the various campuses have had to be put into use for training.

“Once we got our initial drawings of the Transportation Facility, we noticed we had all this space left over,” Danner spoke of how talks for a Staff Development Center came about; the school system would want to utilize as much as possible of the acreage purchased. 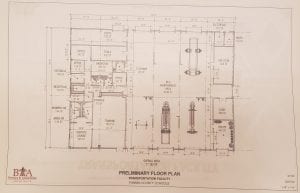 Doug Breaux and Henry Pineda of Breaux and Associates Architects showed board members renderings and plans for the two new facilities.

Breaux and Associates Architects is a Georgia based architectural firm that specializes in educational facility planning and design.

This design also includes a covered outdoor area for buses to have quick tune-ups or fixes without taking the space of one of the full bays.

Also on the transportation campus would be a driver training course, a fueling station and a parking area large enough to accommodate FCSS’s entire fleet.

The Staff Development Center similarly would have a large footprint and would house not only training areas and conference rooms, but would also become the new location for the district’s administration and Board of Education. 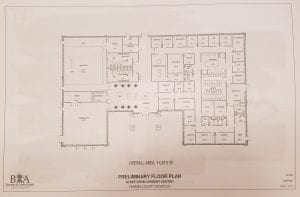 However, cost saving measures can be taken now, when planning for the future of the site.

Drew Watson, President of Bowen and Watson Construction, explained even if the Staff Development Center were to be put on hold, preparing the land for both projects at the same time would save money.

“In discussing the development of the site,” Watson spoke to the board, “you would save a lot of money if you were ever going to build the Staff Development Center, to go ahead and grade for that now.”

According to Watson a big expense in construction and in grading in particular is the import and export of soils.

“This would allow us to balance the site now,” Watson explained the benefits of completing both areas simultaneously.

Board of Education members asked several questions pertaining to costs, but since the project(s) are still in the preliminary stages overall costs cannot be determined until the board gives approval to move forward with getting these estimations.

No set date was given on when the BOE would hold a vote on these future construction projects.

Feature Image : One of the proposed renderings of the Staff Development Center presented by Breaux and Associates Architects.