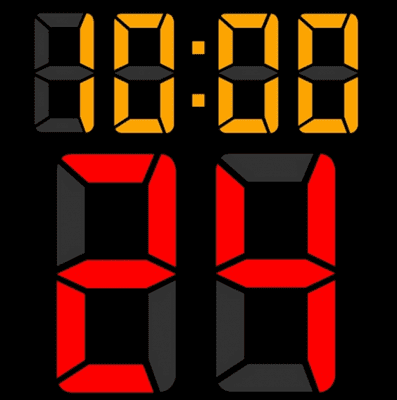 On June 23rd, the Georgia High School Association voted to implement the use of a shot clock in their high school basketball games over the next three years. According to the GHSA, teams across the state of Georgia will be able to have a soft transition into the new shot clock era.

For the upcoming school year (2020-21), the shot clock will only be used in approved Christmas and thanksgiving tournaments and showcase games but it will not factor into region or postseason contests.

The shot clock will be required for region games starting in the 2021-22 season. It will not be required for every varsity game (including postseason contests) until the 2022-23 season.

College coaches really got the ball rolling on this idea and presented it to the GHSA with the idea that it would help student athletes be more prepared for the college level style of play.

University of Georgia head men’s basketball coach Tom Crean took to twitter to proclaim his support for the new rule change, saying that there was not a doubt in his mind that there would be any downside to implementing a shot clock. He claimed that with the time constraint on the offense, it would only enhance the kids ability to learn and grow in the game of basketball.

This will be a major change to the game, especially for the coaches in Georgia, who have never had to worry about a shot clock violation before. The rule in itself will not be hard to learn, but coaches will inevitably change their coaching styles.

Some teams in the area are known to hold the ball as a part of their offense and bleed the clock, allowing their opponent as few touches per game as possible. Other teams with a more “run and gun” type of offense (trying to score as quickly as possible) will not be as directly affected by the new rule.

Another group that is as directly affected by the new rule as any, are the GHSA officials and referees who have to enforce the new rule.

Thankfully, the three year period of implementation for the new rule will allow coaches, players and officials alike time to learn and understand how things are going to go.