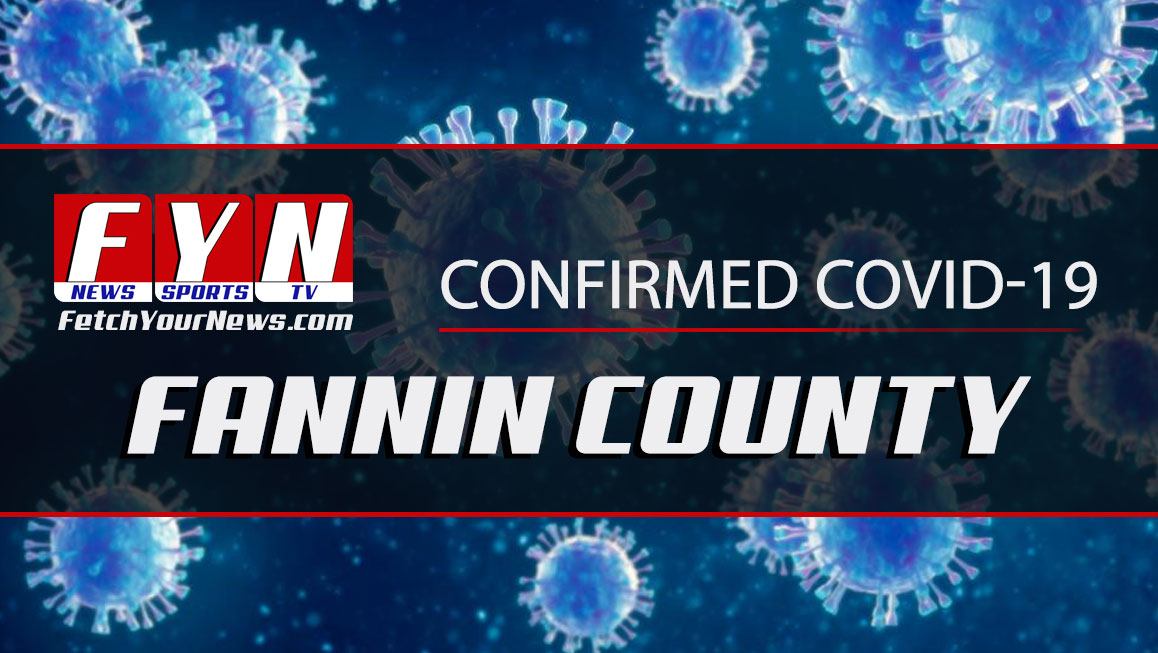 Blue Ridge, Ga. – The Georgia Department of Public Health (DPH) is reporting that there have been 157 confirmed cases of Covid-19 in Fannin County. This information comes from the DPH Thursday, July 16 report at 7:oo p.m. DPH is also reporting that 12 of these cases have required hospitalizations.

The total number of 157 confirmed positive cases for the county is a cumulative number and includes cases dating back to March. DPH is not reporting the number of recoveries due to the inefficiency in tracking cases. Instead of recording recoveries, many states are reporting “known outcomes”. These cases are where a patient required hospitalization. In these cases, it is observable to medical to staff whether or not the patient recovered.

Fannin County has seen a spike in the recent number of cases over the last couple of weeks, with cases jumping by sometimes 20 in a single day. This is due to the virus seeing a resurgence in spread and also due to the availability of testing ,with more people getting tested.

At this time, Fetch Your News does not have any additional details about these cases.  We will bring you updates as soon as information is available for the public.

*Fetch Your News has chosen to report on cases confirmed by the Georgia Department of Health (DPH) only. These reports may not reflect real-time spread as the laboratories processing COVID-19 tests are reportedly backlogged by several days. Fetch Your News is also reaching out to local sources to confirm positive cases before writing articles on the subject.

Inconsistency in data being reported:

The Georgia Department of Health originally reported one death in Fannin County due to Covid-19 in their April 20, 7:00 p.m. update. This update listed the victim as a 74 year old male with underlying health conditions.

In their April 22, 12:00 p.m. update, DPH rescinded both the reported death and additional case. This brings Fannin County total cases to 18 with zero deaths from Covid-19.

This is not the first time that there have been discrepancies in DPH reporting for Fannin County. DPH had reported a 10th case earlier in April, but then later rescinded this case bring the total back down to 9.

The Georgia Department of Public Health confirmed on Tuesday, March 24 in their 7:00 p.m. update, that Fannin County has recorded its first confirmed case of Coronavirus (Covid-19).

While there have been several suspected cases in Fannin County, until today all tests had come back negative.

The first confirmed cases of Coronavirus in Georgia was announced by state officials on March 2. These cases were of a Fulton man in his 50’s that had recently returned from a work trip in Milan, and his 15-year-old son.

At this time DPH has noted 38 deaths related to Covid-19 in Georgia.

DPH updates the list of confirmed cases in Georgia at noon and 7 p.m. each day. The numbers are expected to increase as more testing becomes available to the public.

FYN will bring you more details as they become available.