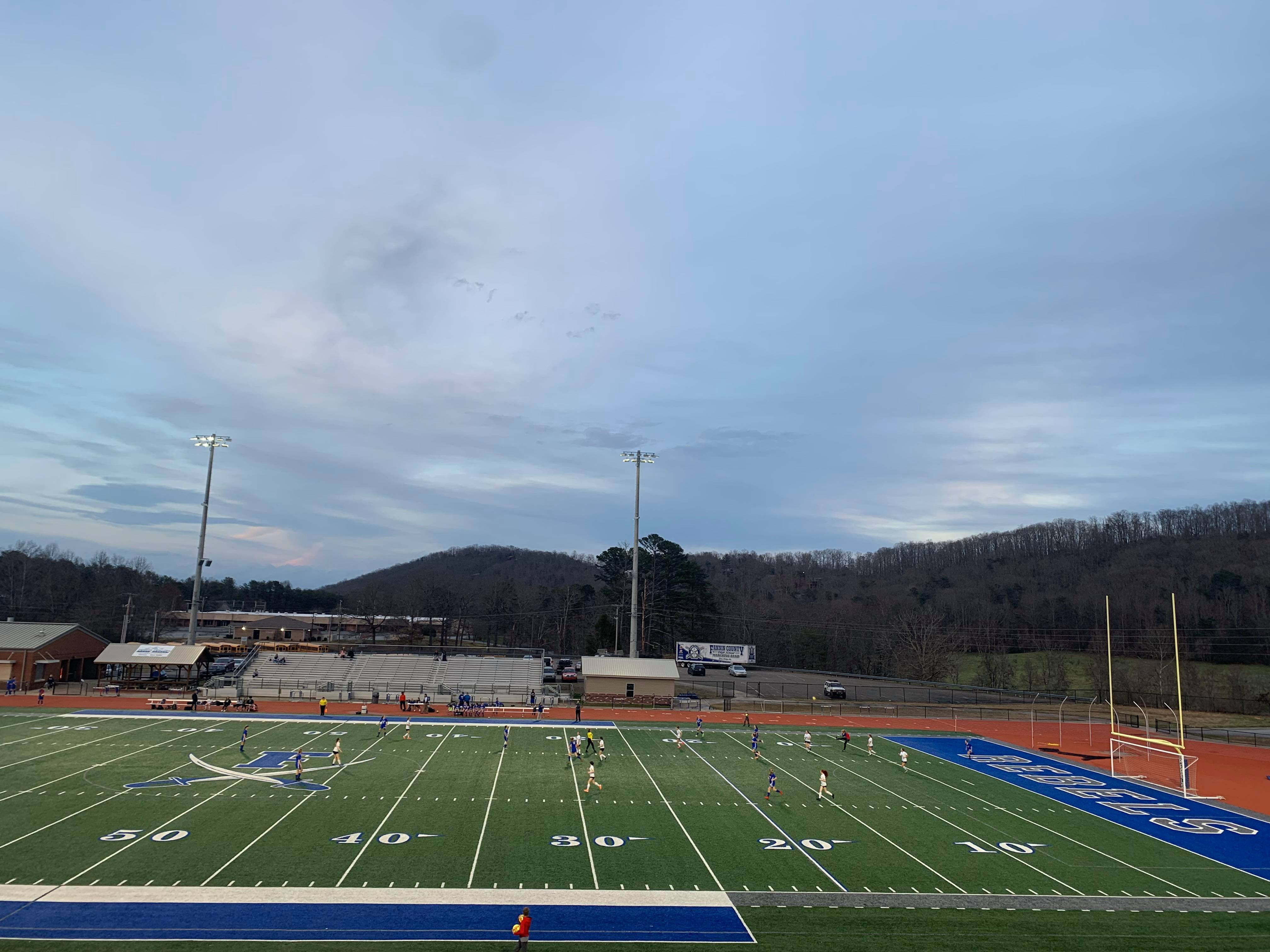 Last night, the East Hall Vikings traveled to Fannin Co. to take on the Rebels (2-1-2, 1-1 Region 7AAA) for a region soccer game. Fannin Co. had just come from a tough 2-0 loss to Greater Atlanta Christian and looked to redeem themselves with a win. The Rebels managed to make their mark in overtime as they were able to claim a 1-0 victory!

It was a slow game with solid defense as no one from either team was able to score a goal in the first or second half, putting the game into overtime with a score of 0-0.

The first half of overtime passed like the rest of the game had as no one was putting any points on the board. Garrett Mervine was able to put the ball into action for Fannin Co. on offense to start off the second half as he made a goal to give the Rebels a 1-0 lead and claim a victory against East Hall!

Catch the Rebel’s next game on Thursday, March 10, as they take on Lumpkin County at home starting at 7:30 pm!