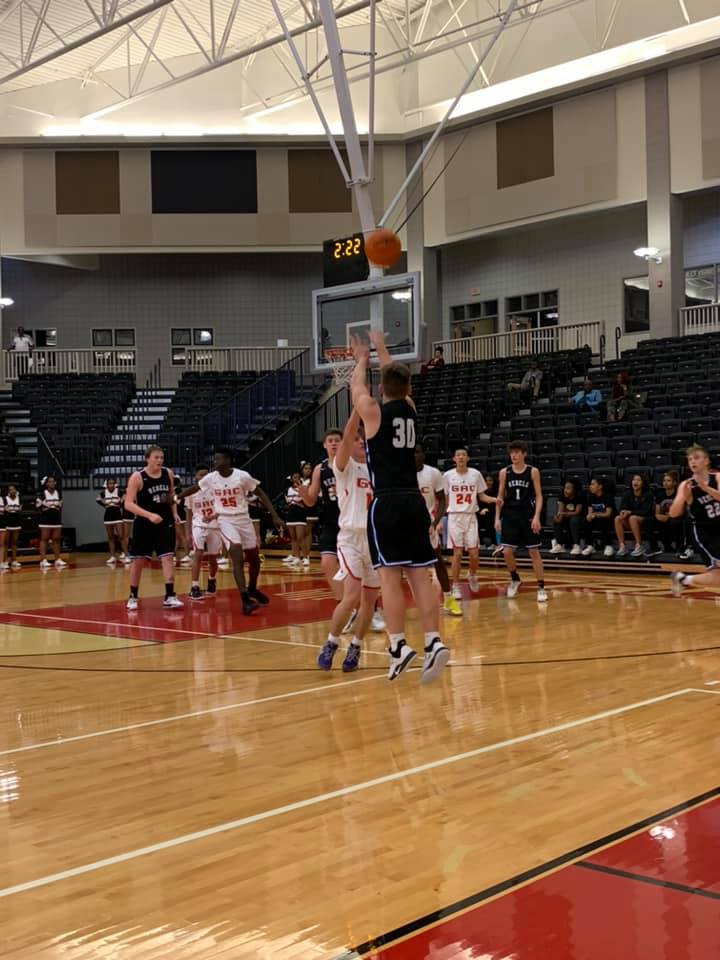 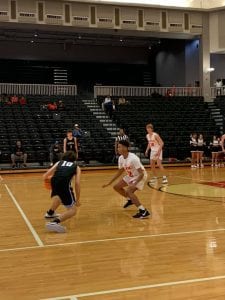 Last night, Feb. 4, the Fannin Co. Rebels (7-19) traveled to Greater Atlanta Christian (19-7) to take on the Spartans for the first round of the region tournament. The teams were competing to see who would move on in the tournament or who would go home and be done for the season. Fannin Co. was the one to endure a tough 79-28 loss to end their season.

The Spartans got the ball from tipoff where they wasted no time putting the ball into action. They played a solid defense as they made the Rebels work hard to get to the basket. Senior, Jerritt Holloway, led Fannin in scoring for the night with five points as he showed off his moves to score layups. Eli Brisbay-Cochran continued the trend as he made his way to the basket to contribute four points to Fannin’s score. Greater Atlanta Christian was able to get the early lead as they closed out the first quarter with a score of 25-6.

GAC was able to extend their lead to start off the second quarter. The Spartans were on fire with their outside shots as they added onto their score. Andre Bivens continued the trend as he made a 3-pointer to add to Fannin’s score. Cohutta Hyde showed off his skills as he was able to pull up for shots and add four points to Fannin’s score. The Spartans were able to double their score as they went into halftime with a score of 51-10. 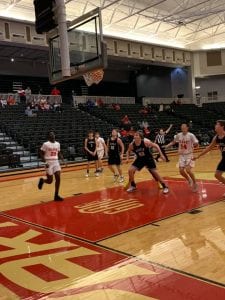 Dylan Collins blocking out on the post for Fannin

To start the second half, the Rebels began to look inside to their posts to score points. Miles Johnson and Brady Martin showed off their moves on the block as they each earned a basket for Fannin to add onto the board. Dylan Collins and Jalen Ingram were aggressive down low as they drew fouls and each contributed two points from the foul line. Despite Fannin putting more points on the board, GAC ended the third quarter with a 64-19 lead.

With six minutes on the clock to start the fourth quarter, Fannin began to make and draw fouls. Landon Norton showed off his hustle as he drew a foul and added two points to the Rebels score from the free throw line. Jordan Bennett continued the trend as he scored two of his own foul shots. As the buzzer sounded, the Spartans found themselves with a 79-28 victory.

Fannin’s loss puts their overall record at 7-19 and their region record at 0-13. After the game, Senior Miles Johnson shared with Team FYN Sports, “This season may not have ended the way we wanted it to, but we hope that the team will build from it for future seasons. We just need to learn from our mistakes so that Fannin Basketball will grow and be as strong as ever.”