The Fannin County Young Farmers Association has named Kenny and Shirley Queen as the FCYFA Farm Family for 2019. 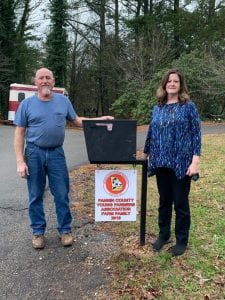 The Queens Farming operation consists of a successful cow calf operation with an average of 50 head of commercial beef cattle. Kenny also produces on average 300 round bales of hay each year from owned and leased land.

Shirley works at United Community Bank as a Customer Service Representative. Kenny is retired, he holds a position on the Board of Directors for the Fannin County Agriculture Coop and is the FCYFA president.

Kenny and Shirley are members of the McCaysville Gospel Tabernacle. The Queens also host fundraisers for St. Jude’s Children’s Hospital and volunteer with Boy Scout Troop 432.