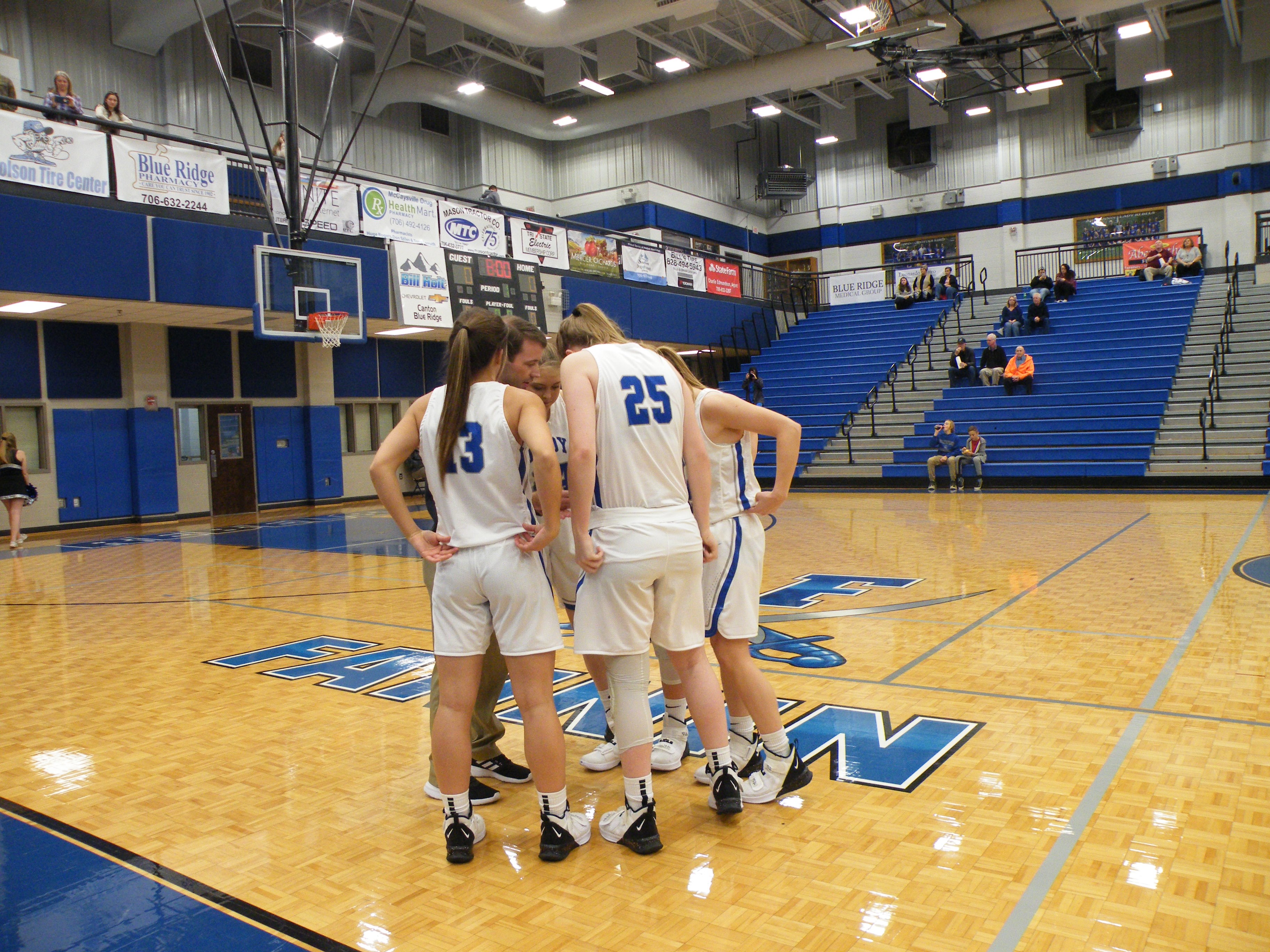 Both teams came out ready to play as they began to put points on the board. Olivia Sisson was the go to girl in the first quarter as she made moves on the block to earn eight points for the Rebels. Saidee Collins followed the trend as she had grit under the goal and made a basket of her own. While Fannin was having luck down low, the Bears made outside shots to end the first quarter with a close 16-13 lead.

Fannin began to make their comeback in the second quarter as Abby Ledford and Morgan Holt started to make outside shots and led Fannin in scoring by each earning 13 points overall. Becca Ledford followed right behind as she drove to the basket and contributed 12 points to the Rebels score. Reagan York showed off her hustle as she earned 11 of her own points! While Fannin had found their groove, they were able to take the lead and go into halftime with a score of 31-26.

The Rebels kept working hard in the second half to keep their lead. Mackenzie Johnson showed off her ball handling skills as she zoomed right past the defense to make baskets and contribute six points to Fannin’s score for the night. Fannin managed to keep working their way to the basket to outscore the Bears and extend their lead 52-37 to go into the fourth quarter.

Although the Rebels had the lead, they still continued to make the Bears work hard to score points. Jenna Young and Page Forsman showed off their spunk as they each drew a foul and made both of their free throws to put more points on the board. Fannin played a great defense as they only let the Bears score one point the entire fourth quarter, leaving the Rebels with a 69-38 victory to close out the game.

Fannin’s victory puts their overall record at 14-8 and their region record at 5-5. Catch Fannin’s next game this Friday as they travel to East Hall to take on the Lady Vikings starting at 6pm!