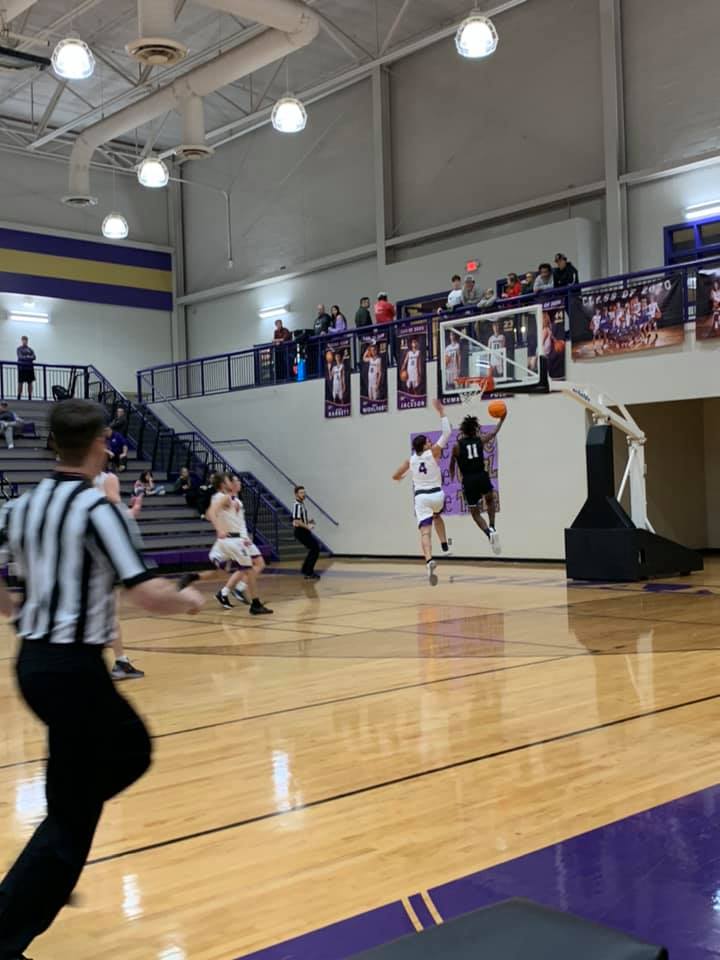 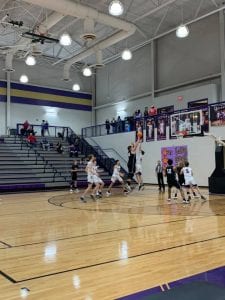 Miles Johnson going up for a shot on the block

For their second region matchup of the season, the Fannin Rebels (5-15, 0-9 region 7-AAA) traveled to Lumpkin Co. (8-12, 4-5 Region 7-AAA) last night, Jan. 17, to take on the Indians. The Rebels lost by just one point the first time they played and hoped to redeem themselves with a win. Unfortunately, Lumpkin Co. rose above and claimed a 53-44 victory.

Fannin Co. started off the game strong, lead by Jalen Ingram who used some quick moves to put up eight first-quarter points, including the opening made shot. Brady Martin followed the trend as he made his mark down low by earning five of his own points. While Fannin Co.’s posts were earning points, Lumpkin Co. was on fire above the key as they made 3-pointers to earn a 12-7 lead to end the first quarter.

The Rebels earned their fair share of 3-point shots in response to Lumpkin Co. Jerritt Holloway was the one to lead Fannin Co. in scoring for the night with 11 points, nine of them coming beyond the arc. Landon Norton was also able to make one above the key to add to the Rebel’s score. Despite their great outside shooting game, the Rebels still found themselves trailing the Indians going into halftime with a score of 27-20. 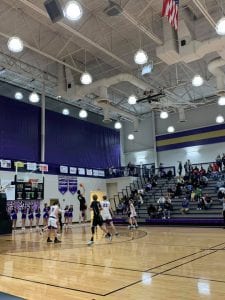 As Lumpkin Co. full-court pressed the Rebels, Fannin Co. began to turn up the heat on their defense. Jordan Bennett showed off his great ball handling skills as he added 10 points to Fannin Co.’s score for the night. Andre Bivens and Cohutta Hyde showed off their hustle as they both drove past the defense to make a layup, followed by Bivens’ 3-point shot to add to the board for the Rebels. Although they were close, the Rebels were still behind Lumpkin with a score of 40-35 to go into the final quarter.

Fannin Co. continued to fight as they put more points on the board in hopes of catching up to the Indians. Despite those efforts, Lumpkin Co. was able to turn up their defense as they made steal after steal to drive back to their basket to earn points. The Indians were able to draw a foul and make both of their free throws to close out the game on their 53-44 victory.

The Rebels’ loss puts their overall record at 5-15 and their region record at 0-9. Catch Fannin Co.’s next game Tuesday, Jan. 21, as they travel to Cherokee Bluff to take on the bears at 6:30 p.m.