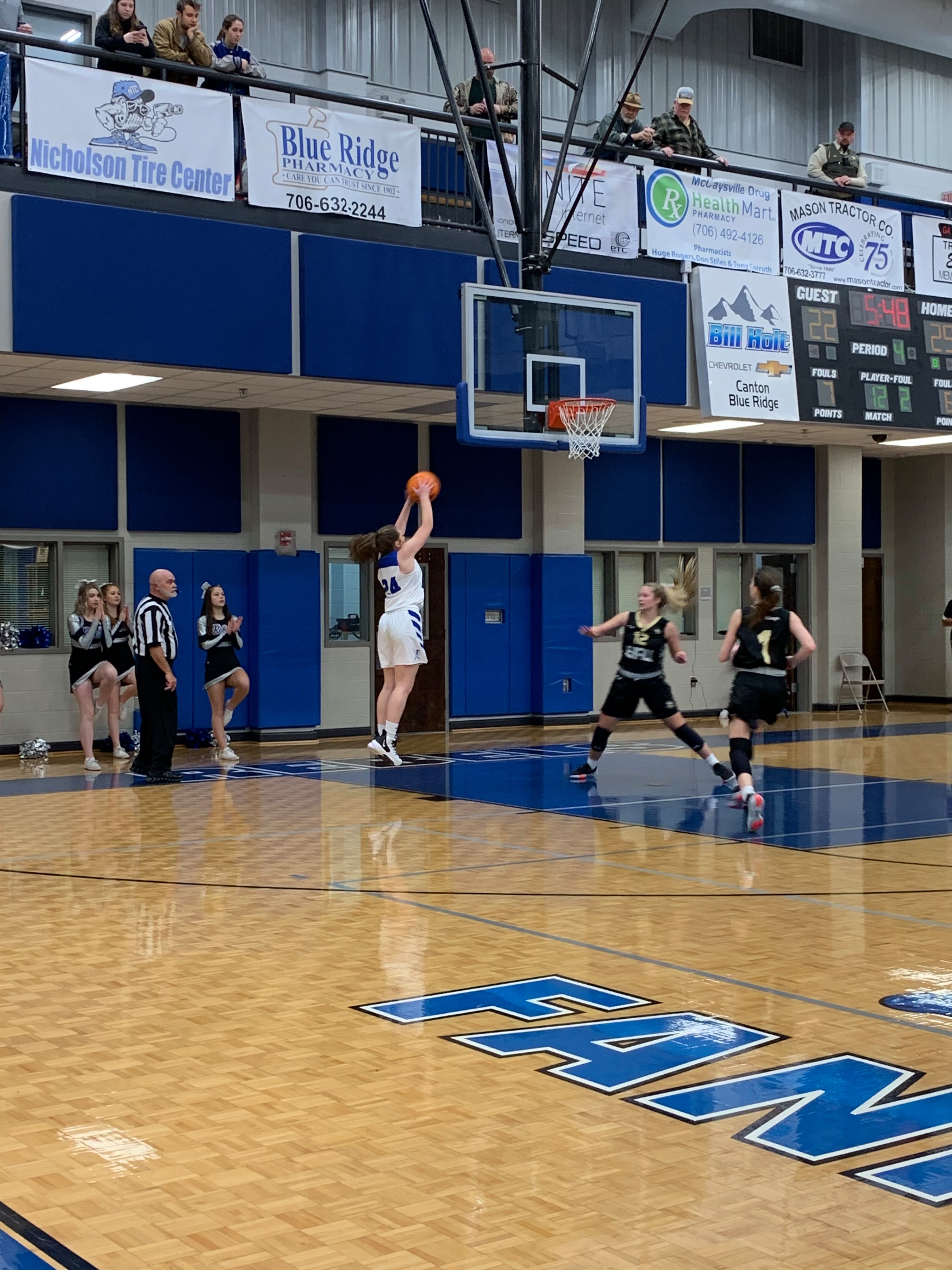 Tuesday night, the Lady Rebels (12-4, 3-2 Region 7-AAA) traveled to Greater Atlanta Christian (GAC) to take on the Lady Spartans (7-9, 4-1 Region 7-AAA). Fannin had just come from a big rival win against the Gilmer Bobcats and hoped to continue the trend.

Senior, Morgan Holt, was the one to lead Fannin in scoring for the night with 29 points, 12 of them being from made 3 point shots. As the Lady Spartan’s scored most of their points by making 3 point shots, the Rebels earned most of theirs from layups and jump shots. GAC made 11 three point shots for the night while Fannin made six. With Fannin trailing just three points behind, GAC had a 16-13 lead to end the first quarter.

Abby Ledford followed Holt’s lead as she also added a 3 point shot to the board and contributed eight points to Fannin’s score for the night. Becca Ledford did the same as she banked a 3 point shot, followed by more made baskets to make seven of her own points. The Lady Rebels continued to put up a fight as they were right behind the Lady Spartans with a score of 28-20 to go into half time.

Although Fannin was behind, they refused to give up. They kept driving the basket and taking open shots to score points while the Spartans did the same. Natalie Thomas got after it as she made an outside shot to add to the Rebel’s score for the night. Anytime the Spartans would score, Fannin would be right behind them with another made basket. To end the third quarter, the Lady Spartans were able to extend their lead with a score of 45-31.

To start the fourth quarter, both teams began to get scrappy on defense and draw fouls. Olivia Sisson had grit on the block as she made a basket and drew a foul to make a free throw. Becca Ledford and a Lady Spartan got into foul trouble as they both had four on them, but managed to play it safe to stay in the game until the buzzer sounded on Greater Atlanta Christian’s 66-49 victory.

Fannin’s loss puts their overall record at 12-5 while their region record stands at 3-3. Catch the Lady Rebel’s next game this Friday as they take on Dawson County at home starting at 7pm!