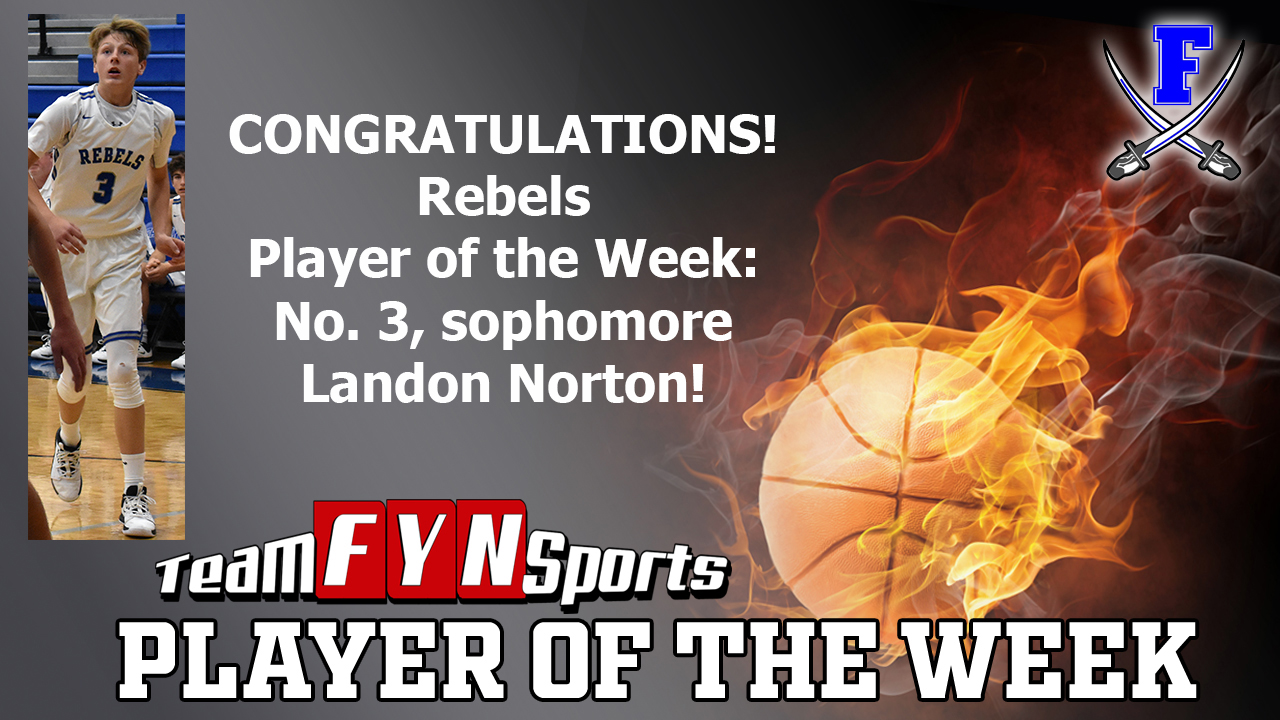 Landon Norton is the TeamFYNSports Player of the Week for the Rebels!

In the Mistletoe Madness Tournament at North Murray on Thursday, Dec. 19, Norton scored five points in a 76-46 loss to McMinn Co.

Norton scored 11 points the next day in a 70-36 loss at North Murray on the second day of the tournament.

On the third day of the tournament, Norton scored 10 points as the Rebels fell to Ooltewah 55-40.

For his efforts, Norton is the TeamFYNSports Player of the Week for the Rebels!