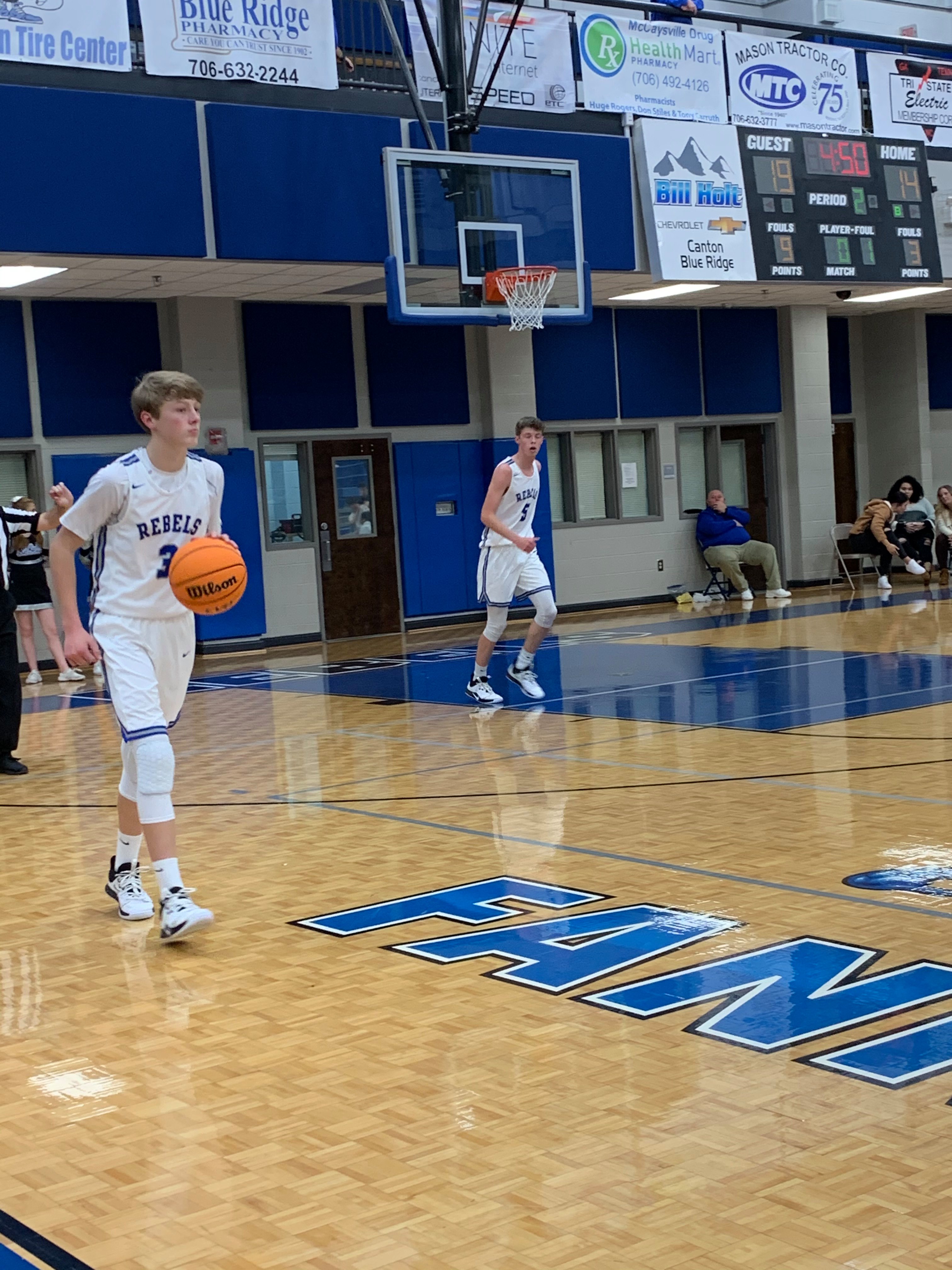 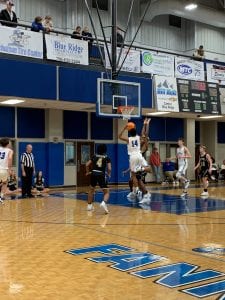 Jalen Ingram goes up for a jump shot

For the region match up last night, the East Hall Vikings (3-5, 0-3 Region 7-AAA) traveled to Fannin Co (4-8, 0-4 Region 7-AAA) to take on the Rebels. Fannin had just come from a loss to Cherokee Bluff and hoped to break the trend.

Kaeden Twiggs was the one to get the early lead for Fannin as he drew a foul and made both of his free throws. East Hall quickly pulled ahead with a 3-pointer to put the score at 3-2. Twiggs was able to make a rebound shot to put Fannin right behind the Vikings with a score of 6-4. The junior was on fire for the night as he led the Rebels in scoring with 17 points. Right after Twiggs made basket, Landon Norton banked a 3 point shot of his own to give Fannin a 7-6 lead. After the Vikings drew a foul and made both free throws for an 8-7 lead, they never looked back. East Hall continued to extend their lead over Fannin and ended the first quarter with a score of 15-8.

Although Fannin was behind, Norton continued to fight for Fannin. The sophomore showed off his outside shooting game as he contributed six points to Fannin’s score. Another Rebel sophomore, Jordan Bennett, showed off his hustle as he made layups and added four points to the board. Even with East Hall’s heavy defensive pressure, Cohutta Hyde was able to make his way to the basket and earn 11 points for the night. The Vikings were able to hit a buzzer beater 3 point shot to go into halftime with a 32-22 lead. 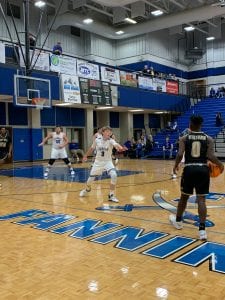 While East Hall was on fire with their outside shots, Fannin had success looking inside to their posts. Miles Johnson had moves on the block as he added seven points to the Rebels score. Jalen Ingram followed the trend as he pushed through the defense to earn four points. Fannin wasn’t too far behind as East Hall closed out the third quarter with a 46-35 lead.

Fannin refused to give up at the start of the fourth quarter. They played aggressive as they were able to draw fouls and make shots to add to their score. Brady Martin played with grit as he added a free throw to Fannin’s score. Jerritt Holloway was able to do the same as he made all four of his foul shots for the night. Although Fannin was finding ways to score, the Vikings also drew fouls for made shots and walked away with a 61-54 victory.

The Rebels loss puts their overall record at 4-7 while their region record stands at 0-5. Catch Fannin’s upcoming games this weekend as they travel to North Murray to play in a tournament Thursday- Saturday!