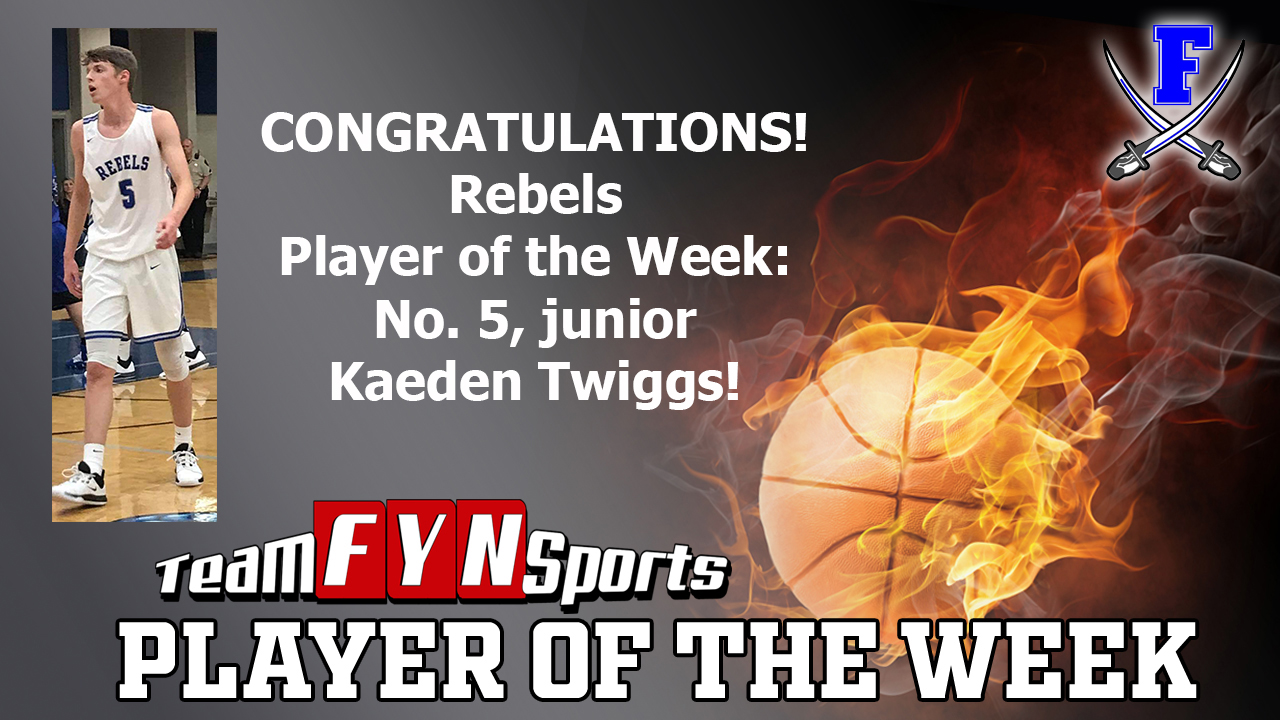 Kaeden Twiggs has been selected as the TeamFYNSports Writer’s Player of the Week for the Rebels!

Against Hiwassee Dam on the first day of the tournament Nov. 23, Twiggs put up 14 points in the 62-41 Fannin Co. victory. Twiggs was behind only fellow junior Cohutta Hyde’s game-high 21.

Twiggs and Hyde, along with Jordan Bennett, were named to the all-tournament team.

For his efforts, Kaeden Twiggs is the TeamFYNSports Writer’s Player of the Week for the Rebels!