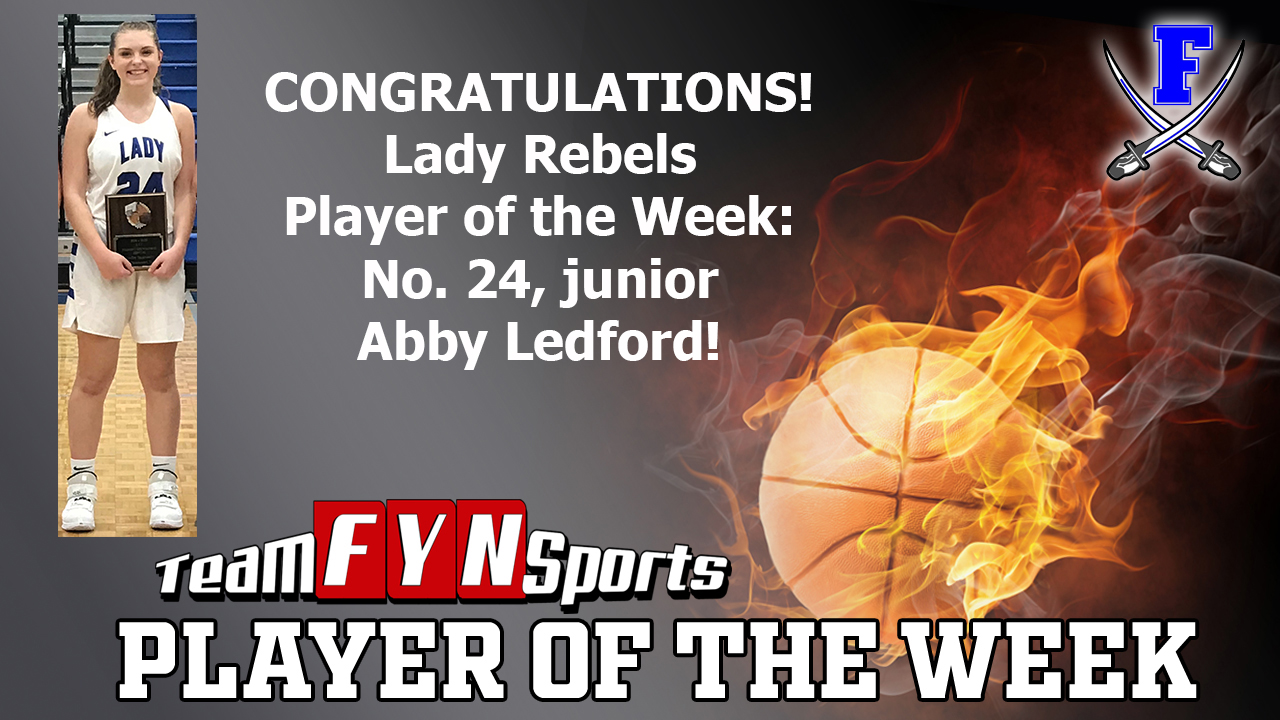 Junior Abby Ledford is the TeamFYNSports Writer’s Player of the Week for the Lady Rebels!

Ledford, a 5-foot-8 guard, led the team with 17 points per game during the annual north Georgia Thanksgiving tournament Nov. 23-26 in Blue Ridge.

Ledford was a consistent scoring threat for the Lady Rebels, scoring team-highs against Hiwassee Dam (17) and Gilmer (11), and was second only to standout senior Morgan Holt’s 25 points with 24 of her own against Pickens.

Ledford and Holt, along with senior Sadie Collins, were named to the All-Tournament Team.

For her efforts, Abby Ledford is the TeamFYNSports Writer’s Player of the Week for the Lady Rebels!