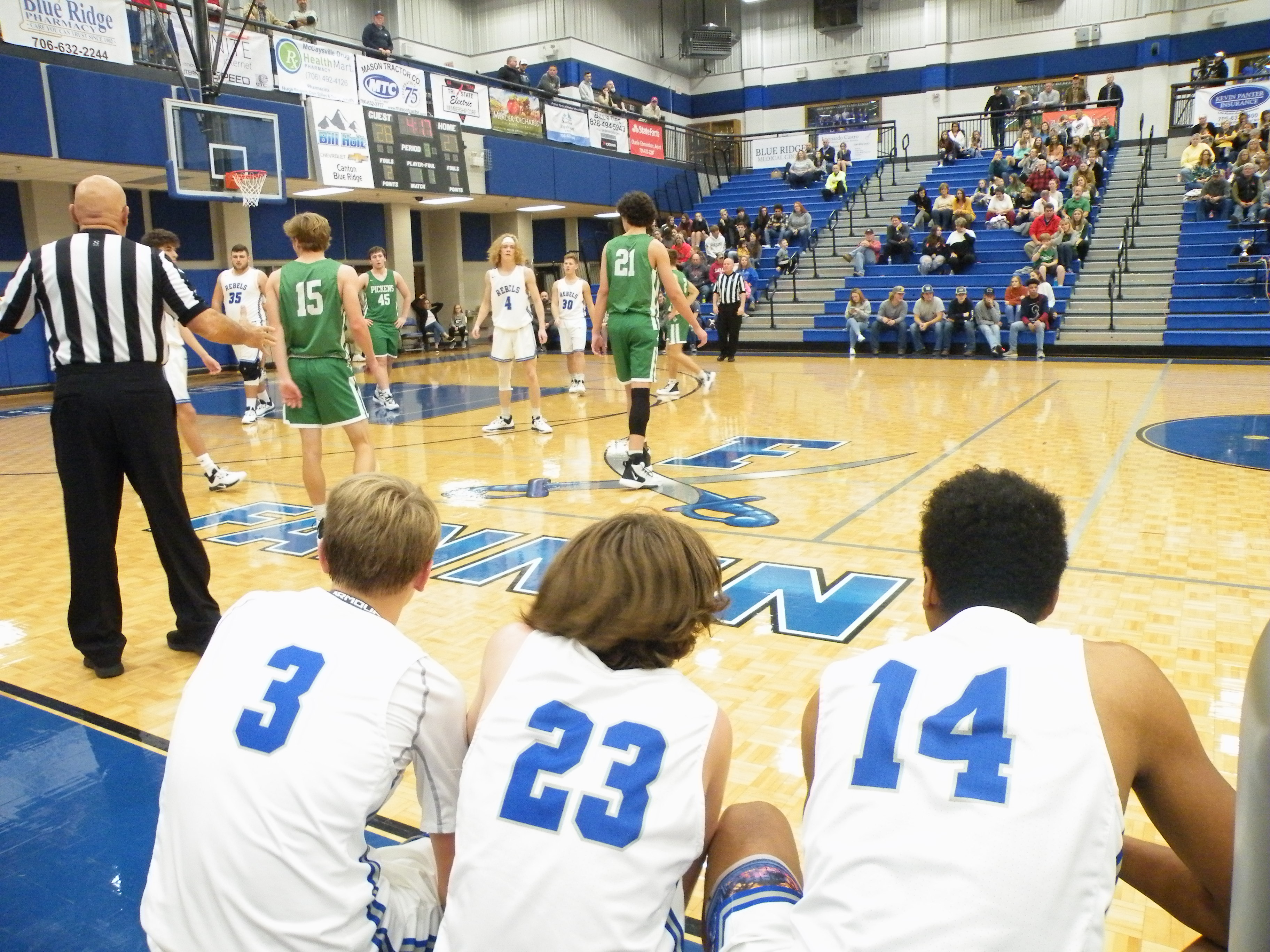 Last night, the Fannin Rebels took on the Pickens Dragons for the second game of the Thanksgiving Tournament. The Rebels were on a 3-0 winning streak so far in the season and hoped to continue the trend. 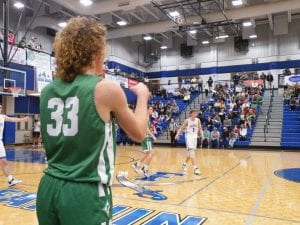 Pickens earned the ball from tipoff just to have it taken away by Fannin. Jalen Ingram was the first to put points on the board and give Fannin a 2-0 lead. Pickens quickly responded and pulled ahead with a 3 point shot. Ingram was the one to get the lead back for the Rebels with a shot from the block and earned six points for the night. Pickens made another 3 point shot to take back the lead. With the Dragons ahead 9-11, Landon Norton banked a three point shot to put Fannin ahead 12-11 to end the first quarter.

The Dragons were able to pull ahead of Fannin with a shot on the block to take a 13-12 lead. Sophomore, Jordan Bennett, was able to draw a foul and made both free throws to give Fannin a 14-13 lead. As the Rebels extended their lead, the Dragons trailed behind. Cohutta Hyde showed off his great ball handling skills as he drove to the basket and added 12 points to the Rebel’s score. Hyde was able to hit a buzzer beater three point shot to tie the game 24-24 to go into half time. 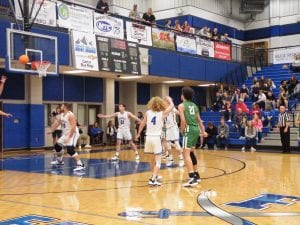 To start off the second half, Kaeden Twiggs was able to draw a foul and make a free throw to put Fannin ahead 25-24. Twiggs led the Rebels in scoring for the night as he earned 15 points overall. Pickens was on fire above the key as they made three 3 point shots in a row, giving them the lead. The junior was able to close out the third quarter with a made 3 point shot with Pickens still ahead 37-31.

Senior, Miles Johnson, drew a foul to start off the fourth quarter and made a free throw to put the score at 37-32. Johnson contributed four points to the Rebel’s score with his moves on the block and made free throws. Jerritt Holloway got after it on defense as he made the Dragons work hard and earned 2 points for himself to add to the Rebel’s score. Although Fannin was right behind Pickens, they were unable to catch up as the clock wound down on their 51-44 victory.